How to spend 24 hours in Bristol 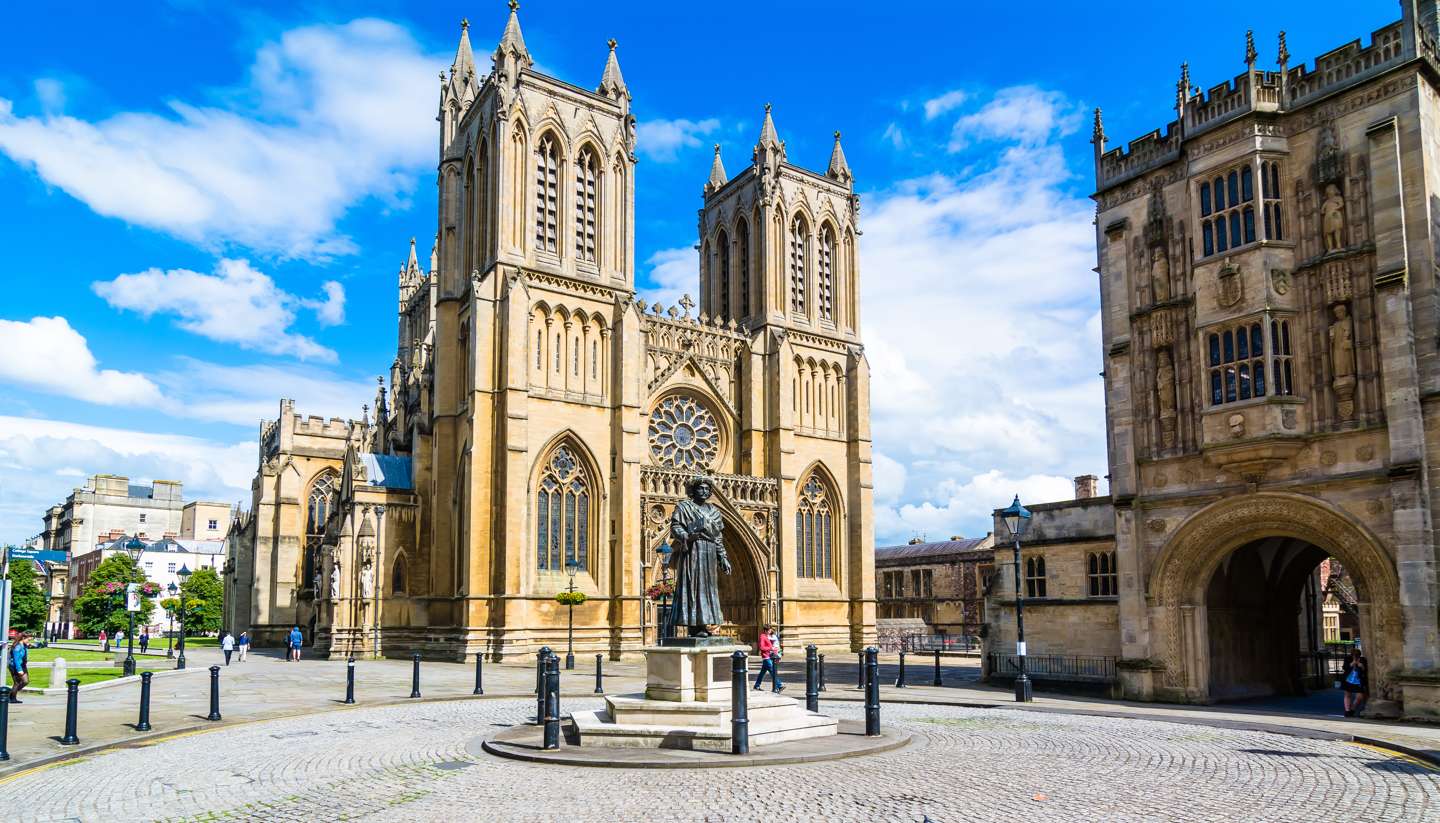 Bristol rewards visitors with world-famous street art and cultural must-sees, here's your guide for a 24-hour whistle-stop tour around the city

Less than 2 hours from London by train, Bristol, the 8th-largest city in the UK, is a hip and happening city in southwestern England. While one day is arguably not long enough to experience everything Bristol has to offer, here is how you can cover as much as possible with our top tips.

To get the most out of your short time in Bristol, start the day bright and early. Head to Brunel’s SS Great Britain, the ship that defined the design standards for how modern ships were being built in the 19th and early 20th centuries. The iron steamship was designed by Isambard Kingdom Brunel, one of the greatest engineers of the 19th-century. When she was launched in 1843, she was the world’s biggest ship with all the innovative technologies no one had seen before. Subsequently, she spent 43 years at sea and went around the world 32 times. Today, her incredible stories are beautifully told in the museum. 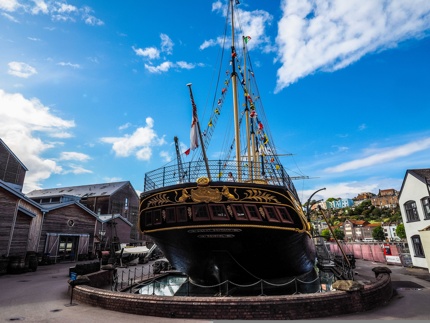 Just a short distance away from Brunel’s SS Great Britain lies Banksy’s The Girl with the Pierced Eardrum, which is a take on the oil painting Girl with a Pearl Earring by Dutch artist Johannes Vermeer, though Banksy has creatively replaced the jewellery with an outdoor security alarm. The artwork is tucked almost out of sight between the warehouses along the river – so keep a lookout for the nearby burger van or ask around. 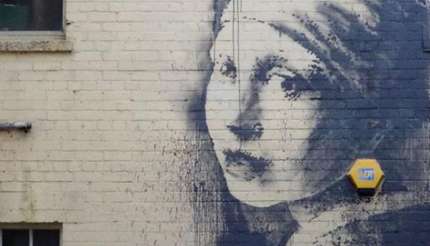 Girl with the Pierced Eardrum by Banksy

If you have time after this, walk to M Shed, about half a mile away. M Shed has been lovingly transformed from a steel-frame cargo shed into a museum that charts Bristol’s history from prehistoric times to the 21st century. Within M Shed, you can also see Banksy’s The Grim Reaper. 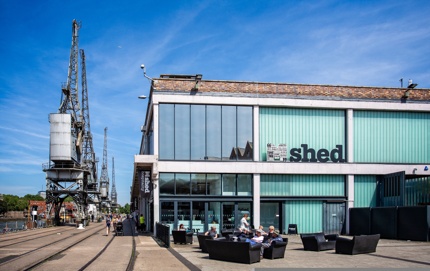 For over a thousand years, the magnificent Bristol Cathedral on College Green has served as a hub of religious activities with daily prayer and worship sessions. Inside, the stunning stained glass lights up the arched interior in a kaleidoscope of colour, and the carved chancel is simply beautiful. If you’re lucky, you may experience the reverberating sound of the spectacular organ which dates back to 1685. 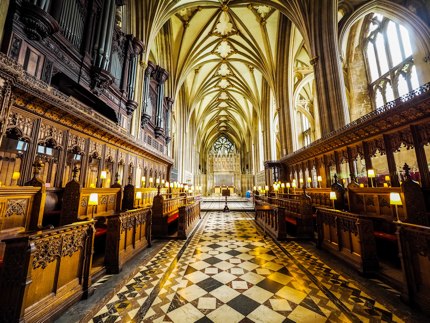 Just around the corner from the Cathedral is Park Street, home to a selection of independent shops, as well as Banksy’s cheeky mural Well-Hung Lover – it depicts a suited man looking out, presumably searching for the naked hanging man whom his wife was having an affair with. The irony isn’t lost on onlookers that it is painted on the side of a sexual health clinic. To get the best view, stand on the small bridge on Park Street that crosses Frogmore Street. 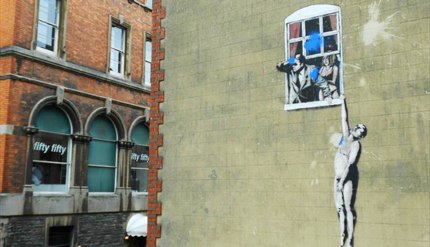 From Park Street, if you walk west you will see Brandon Hill, the oldest park in Bristol. On the north end of the park lies the 32m (105ft) Cabot Tower. John Cabot was an Italian explorer who is known as the first early modern European to discover North America. With the support of the English king Henry VII, Cabot sailed from Bristol in 1497 and sighted ‘New-found-land’, which he claimed for England. In 1897, 400 years after his first voyage, the Cabot Tower was built to commemorate him. Today, visitors can climb the spiral staircase inside the tower to enjoy stunning views of the city and the harbour. 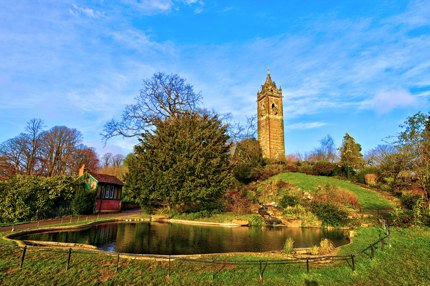 After this, take a 5-minute stroll to Bristol Museum and Art Gallery. This gorgeous Edwardian baroque building contains an exciting range of artefacts and art pieces including Egyptian mummies, intriguing fossils and artworks by renowned European Old Masters. The vaulted ceilings and sweeping staircases help set the scene by transporting you to the early 20th-century, which adds to the museum experience. If that isn’t enough, the main hall is home to Banksy’s eye-catching ‘Paint Pot Angel’ sculpture. 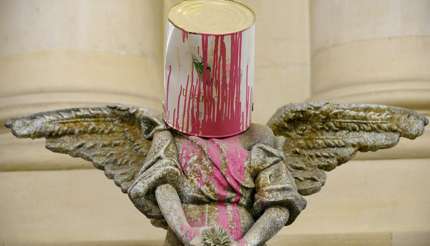 You definitely won’t get bored in Bristol when the sun goes down. Park Street is a good place to start and Frogmore Street, just off Park Street, is a vibrant gay district. Check out the neon-lit QueenShilling (9 Frogmore Street), the city’s longest established gay venue, or OMG, another famous gay bar just a short walk away.

The area between Colston Avenue and Baldwin Street also has a wide selection of trendy pubs, including The Milk Thistle (Quay Head House), famous for its cocktails, and The Boardroom (20 St Nicholas Street), which specialises in ‘the art of grazing’, serving small plates of local produce as the perfect accompaniments to a good selection of wine and beer.

If you’re after cider – since you’re in the part of England known for its cider production – head to The Apple, a stationary river barge on Welsh Back. Here, you can get delicious ciders on draught, along with 40 types of bottled ciders. The beautiful quayside setting is also hard to beat.

If you’ve enjoyed your stay, you may just find yourself visiting this delightful city again soon.