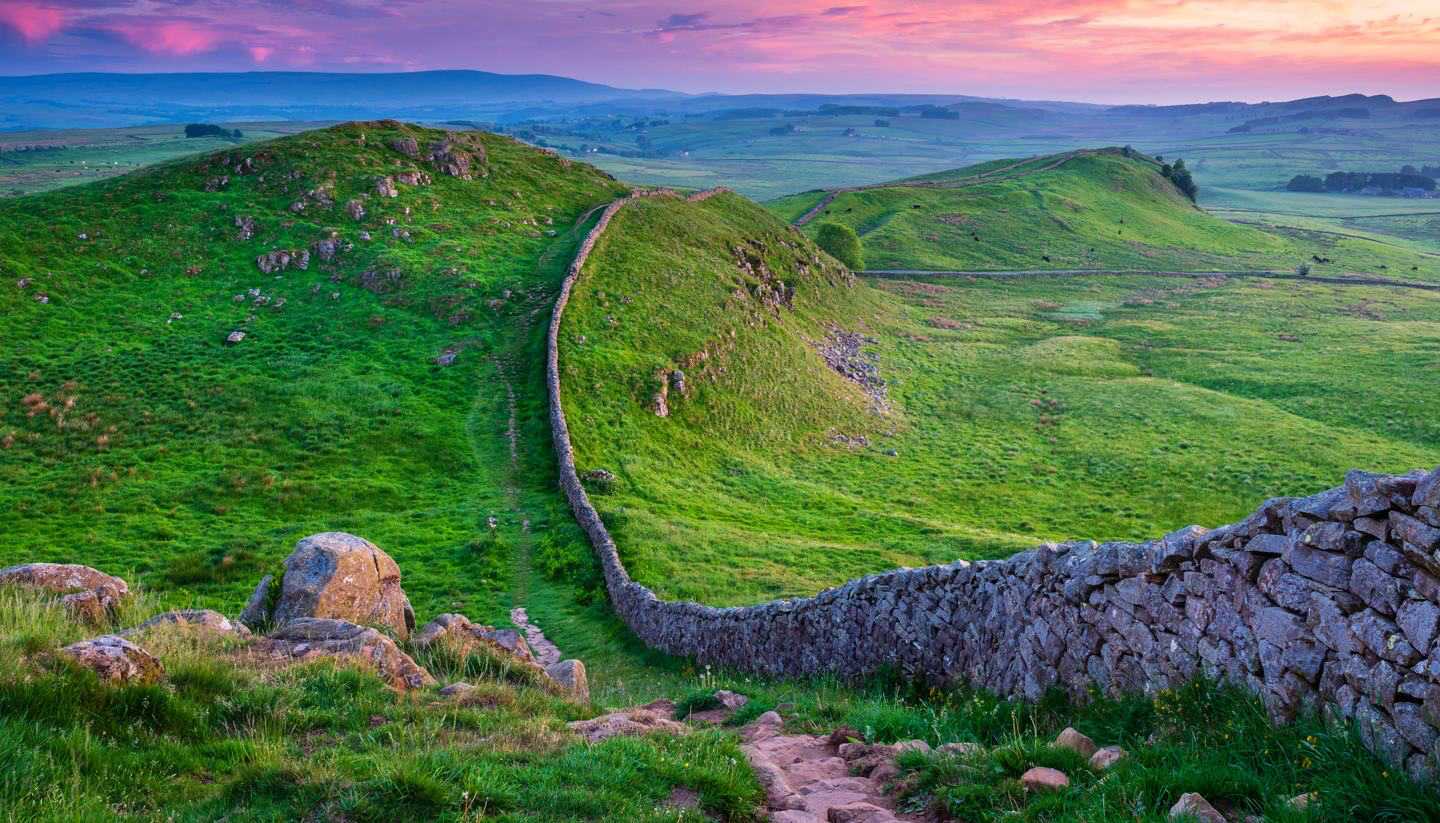 Walking is one of the best ways to see the beautiful landscapes of England, so put on your walking boots and join us in one of these self-guided walking holidays. The list is a mixed ability bag – some routes are hard, others are relatively easy.

If you love stunning coastlines and moorlands covered in heather, Cleveland Way is the ideal route for you. Starting from the ancient town of Helmsley in North Yorkshire, the route leads west then skirts the rugged and atmospheric North York Moors National Park. At Saltburn, the route meets the coast, before heading south along the dramatic cliff-tops to end on the seafront at Filey Brigg.

It usually takes nine days to finish this route but you may want to spend an extra day in Whitby, home to the ruined of Whitby Abbey. The soul-stirring sights of the Abbey are said to inspire Bram Stoker and help him with creating the famous horror novel Dracula.

The best time to go is late August and early September if you want to see the moorland heather in bloom. 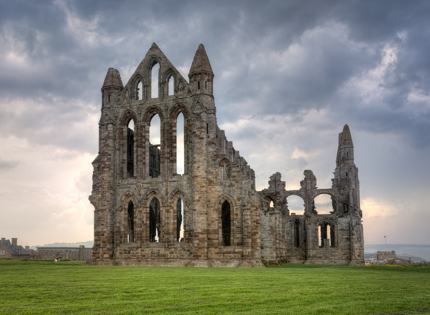 Often described as Britain’s oldest road, the Ridgeway stretches from Overton Hill in Wiltshire to Ivinghoe Beacon in Buckinghamshire.

The starting point Overton Hill is just south of Avebury. Avebury is a World Heritage Site largely encircled by the prehistoric Avebury henge, a set of stone circles built during the Neolithic period more than 4,000 years ago. Archaeologist Alexander Keiller spent decades excavating many sites in the area and today, you can see some of his findings in the Alexander Keiller Museum.

About 30km (19 miles) northwest of Overton Hill, keep a lookout for a giant horse cut into the chalk – this is the famous Bronze-Age Uffington White Horse.

After crossing the River Thames, the walk leads you through Henley-on-Thames, a beautiful riverside town famous for its Royal Regatta every summer. After that you’re practically walking along the spine of the Chiltern Hills to Ivinghoe Beacon. 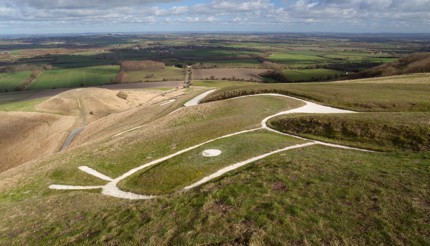 It’s possible that the great poet himself walked this 146-mile route from his hometown Stratford-upon-Avon in Warwickshire to London, where he worked as an actor, writer and part-owner of a playing company.

The route meanders through charming Cotswolds market towns before descending into Woodstock, home to the magnificent and history-rich Blenheim Palace, the birthplace of Sir Winston Churchill. It continues to lead southeast to Oxford, the city of dreaming spires. Next on the list is the beautiful riverside town of Marlow, after that, you’ll follow the Grand Union Canal and the River Thames into London and end at the Shakespeare’s Globe theatre. The last part is a bit tricky as there are diversions and locked gates along the Thames Path. You could finish this trail in 10 days or longer. 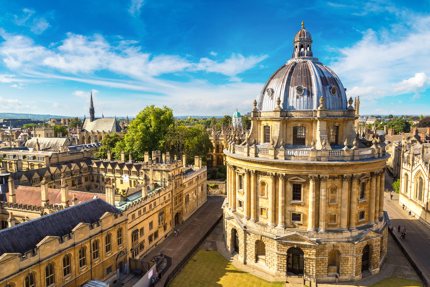 From the source of the Thames in the Cotswolds to the Thames Barrier in Royal Docks, this trail is mostly flat but navigation can be tricky, particularly around London where you need to decide if you want to take the north bank trail or the south bank trail.

There is plenty to see and do when you walk the north bank stretch in London. Key attractions include the Hampton Court Palace, Houses of Parliament, St Paul’s Cathedral, Tower of London, Canary Wharf, Wapping Dock, and East India Dock. There are quite a few historic pubs along the way and the best one is probably The Gun near Canary Wharf, a pub frequented by Lord Horatio Nelson in the late 18th century.

If you’re taking the south bank route, the key attractions include the Ham House, London Wetland Centre, Shakespeare’s Globe Theatre, Tate Modern, Borough Market, the Shard, and the Brunel Museum. The most famous pub along the way is the Mayflower in Rotherhithe. Rotherhithe was the home port of Mayflower, the ship that sailed from England to the New World in 1620. 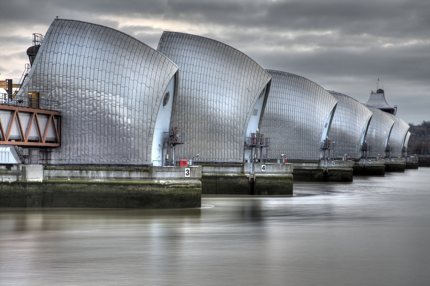 For those who want a challenge, Scafell Pike, the highest mountain in England, has your name on it. Located in the Lake District National Park, Scafell Pike is also a war memorial, gifted by Lord Leconfield to the National Trust as a thank you for the sacrifice of British soldiers in the first world war.

There are three main routes up to the summit, with the easiest route start from the National Trust Lakehead car park in Wasdale. You then proceed to use the Brown Tongue/ Hollowstones route to ascend and descend. This route should take you six hours in good weather. Alternatively, you can also start from Langdale or Eskdale, both are considerably longer.

As the paths aren’t signposted, you must plan well by downloading all the appropriate maps and taking a compass with you. If the weather is bad, don’t attempt to walk. 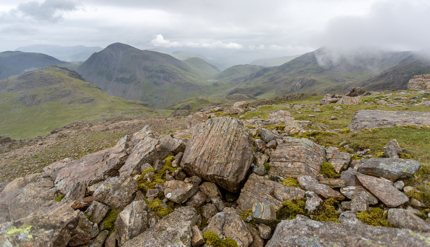 The Cotswold Way scenic route runs along the Cotswold Edge escarpment, where rolling hills and picturesque villages are often shrouded in morning mist.

You can start the walk from the market town of Chipping Campden in Gloucestershire to Bath in Somerset, or the other way round. Either way, you will go through Copper’s Hill, home to the Cooper’s Hill Cheese Rolling event held on every Spring Bank Holiday (around late May), so you may consider coinciding your trip with the event.

If you’re fit, you can finish the walk in seven days but if you’d like a more leisurely pace, 11 days are ideal. 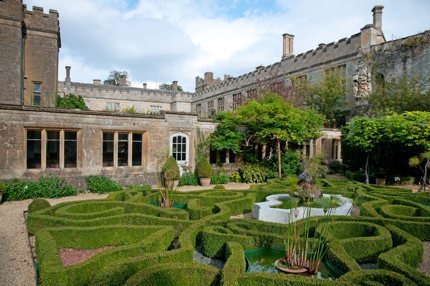 This undulating route follows the ridges of the South Downs from Winchester in Hampshire to the seaside town of Eastbourne in East Sussex. As the entire trail sits within the South Downs National Park, you can expect quaint villages surrounding by patchworks of fields, as well as woodlands and grasslands.

Towards the end of the trail, a series of chalk cliffs known as the Seven Sisters is undoubtedly the highlight of the trail. To see the beautiful cliffs, you need to make a detour – don’t cross the Cuckmere River at Seaford, turn right at the Golden Galleon pub instead and follow the footpath towards the sea. Then walk to the Coastguard Cottages for the best views of the Seven Sisters.

The South Downs Way is relatively easy and most people finish the walk in eight days. You can enjoy the walk at any time of the year, though the trail gets busy during summer.

Be prepared for many hills – the National Trail claims that the combined ascents of the Pennine Way exceed the height of Mount Everest – as well as wild, remote moorland with big mud holes ready to stain your boots and dampen your socks. Accordingly, pack rolls of bandage and plenty of dry socks would be our advice.

While you can certainly do the Pennine Way in 19 days, 21 days would be better, allowing you to do a shorter walk on some days. The best months to walk are from mid-May to September when the weather is warm and sunny.

When the Roman emperor Hadrian ordered the construction of a wall in AD 122, his intention was to keep out the ‘Picts’ (ancestors of the Scottish people) by marking the northern limit of Britannia. Recognised today as a UNESCO World Heritage Site, this 84-mile long pathway stretches from Wallsend on the east coast of England to Bowness-on-Solway on the west coast.

Hadrian’s Wall Path is relatively easy – but there is a challenging 37km (23 miles) stretch between Chollerford and Birdoswald with lots of short climbs and descents. Highlights along the path include the longest continuous stretch of the wall at Birdoswald Roman Fort, and probably the oldest outhouse you’re likely to see in England at Housesteads Roman Fort.

The best time to walk is between June and September when the weather is dry and sunny. 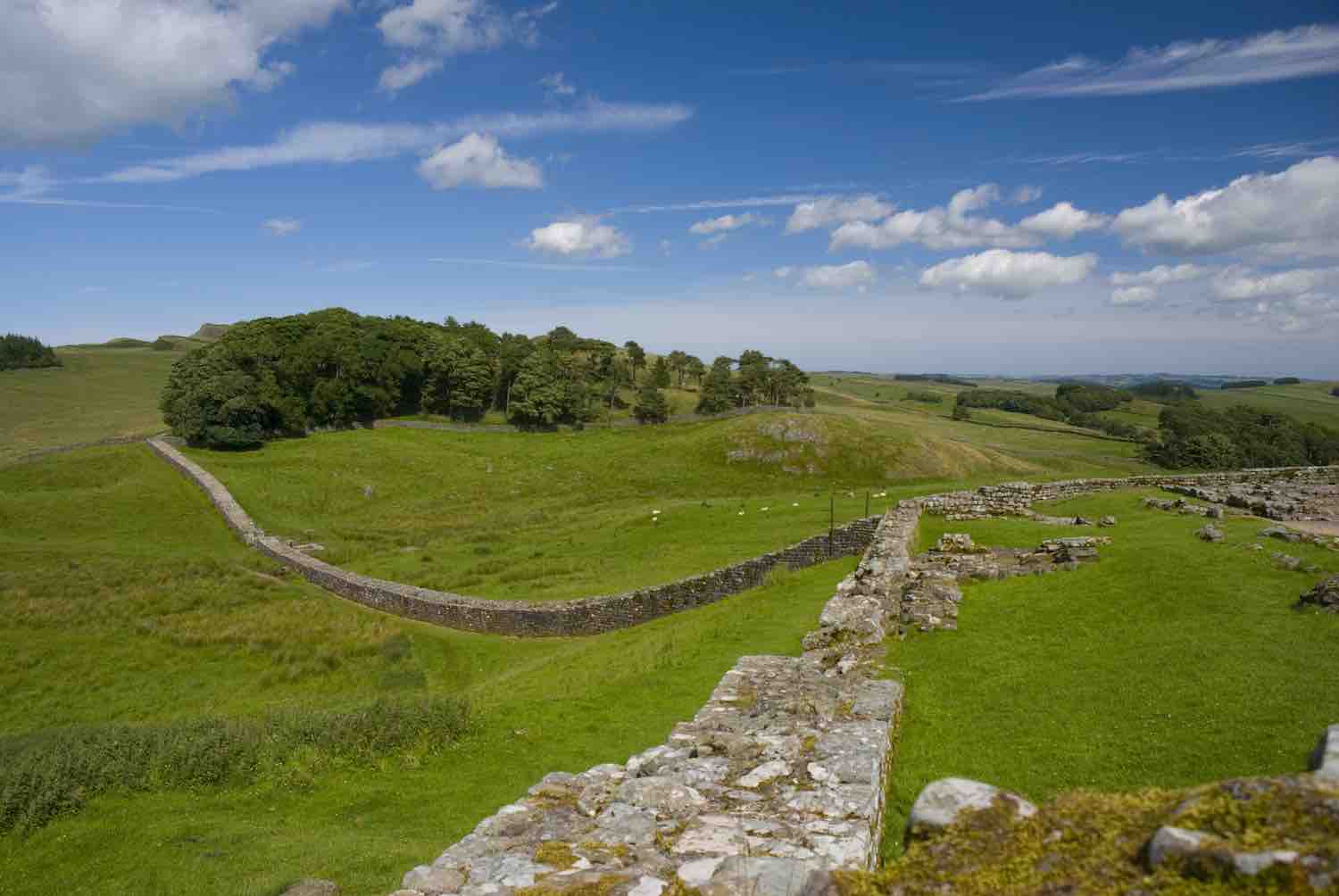 Starting from Hunstanton to Hopton-on-Sea, a large portion of this trail runs through the Norfolk Coast Area of Outstanding Natural Beauty. Expect wide sandy bays, fragrant woodlands, wildlife-rich tidal marshes and charming seaside villages where seagulls often circling overhead, ready to swoop down for a go at your fish and chips if you happen to be enjoying one.

Highlights along the way include the red-and-white striped Hunstanton Cliffs, Cley Marshes, West Runton Cliffs (where important vertebrate fossils were found) and a fine sandy beach at Mundesley. Also keep a lookout for seals and occasional humpback whales passing by.

Spring and autumn are the two best seasons to walk the Norfolk Coast Path as you will see plenty of migrating birds, particularly along the marshes. The entire trail should take about eight days, but if you like it to be longer, you can add the 79km (49 miles) Peddars Way from Knettishall Heath Country Park to Holme-next-the-Sea. 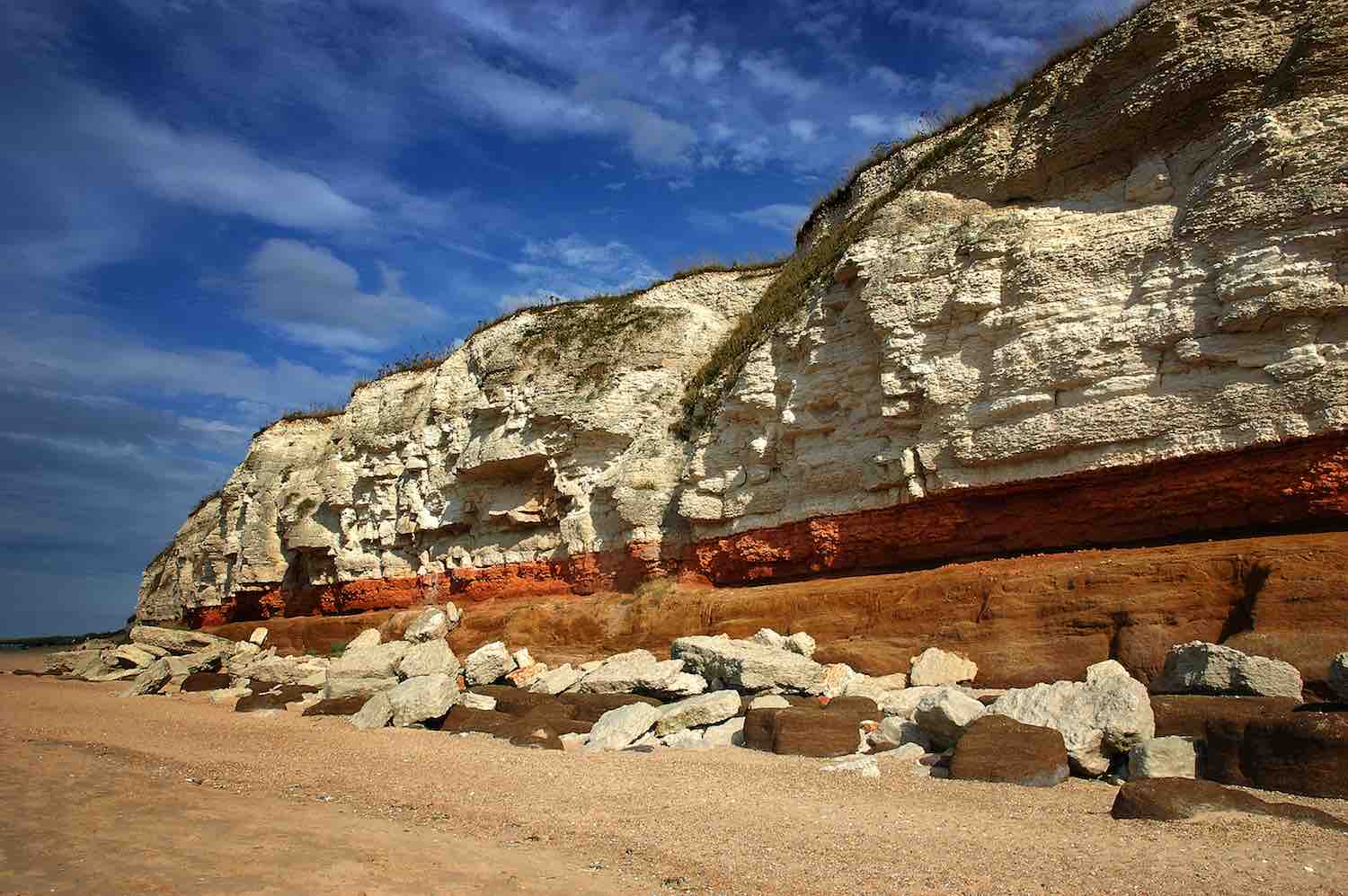