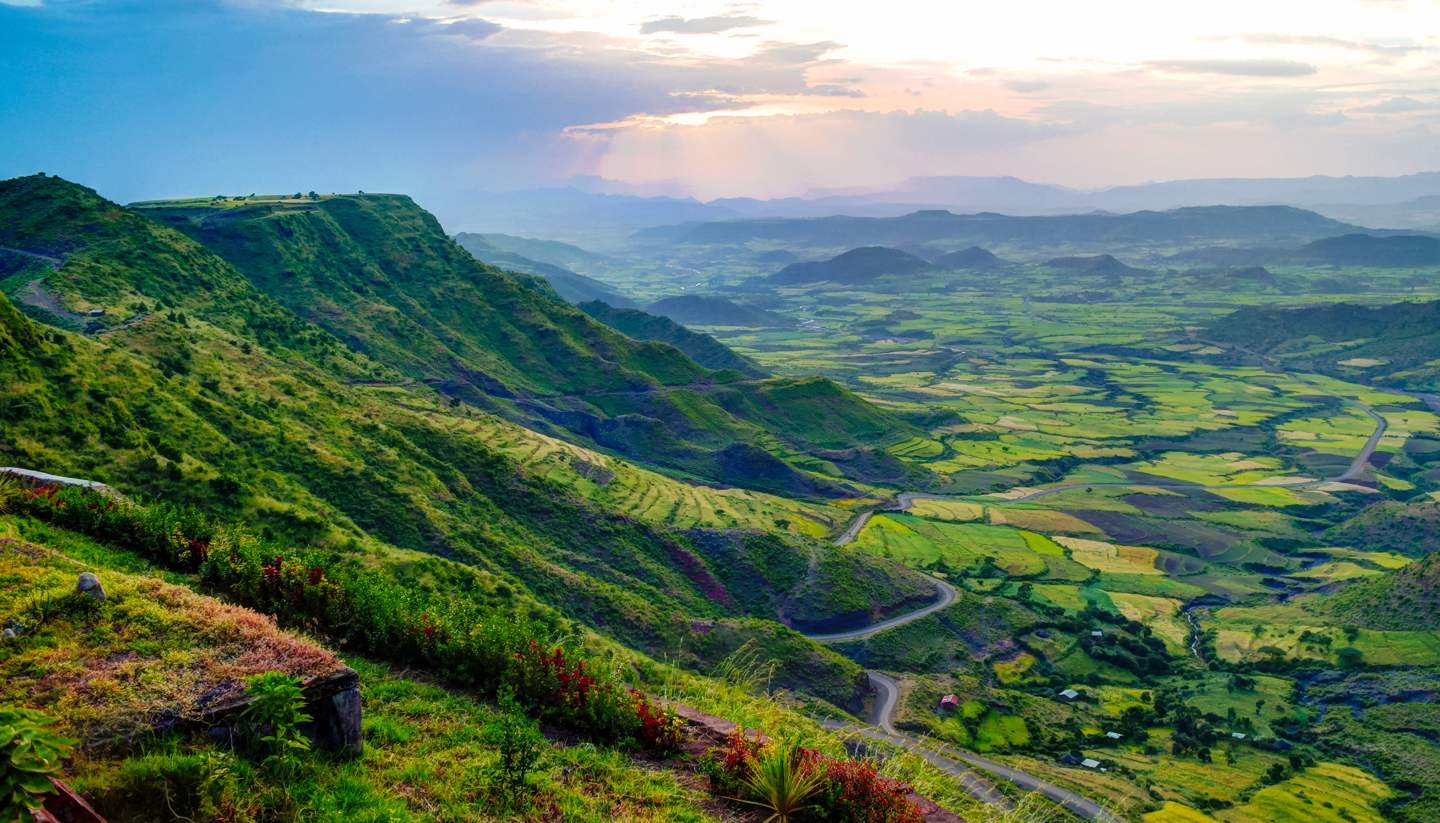 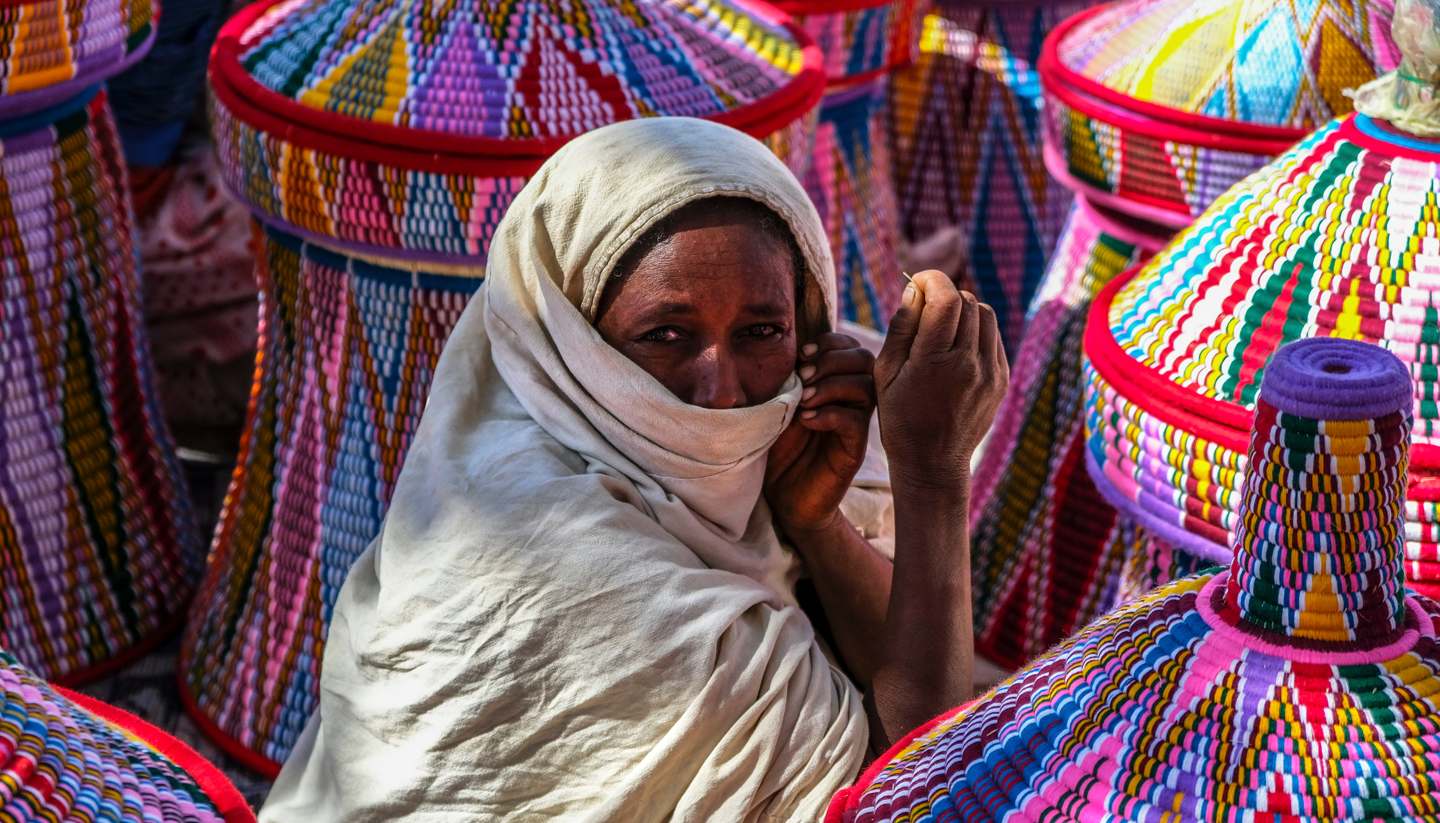 Putting its turbulent history behind, Ethiopia has been busy transforming its economy and making remarkable progress in infrastructure development over the past two decades. Today tourists are returning to the country in increasing numbers, keen to discover its wondrous landscapes, ancient religious sites and fascinating indigenous tribes.

Billed as 'The Land of Origins' by the Ethiopian Tourism Organisation, this amazing country is where the Blue Nile begins and home of the 3.2-million-year-old hominid fossil 'Lucy', whose discovery has put Ethiopia on the map as the cradle of humanity. One of the oldest Christian nations in the world, Ethiopia is a multi-ethnic and multifaceted destination where the art of hospitality is alive and well. Visitors are typically greeted with a steaming cup of coffee, which is said to be first discovered in the region of Kaffa in southeast Ethiopia.

Most visitors start their Ethiopian odyssey in the capital Addis Ababa, a lively city nestling in the lofty Entoto Mountains. Founded in 1886 by Emperor Menelik II after his wife Empress Taytu chose the site for its hot mineral springs, Addis Ababa has enjoyed a fascinating transformation over a relatively short period of time. The city is now a hub of international missions and embassies, including the headquarters of the African Union and the UN Economic Commission for Africa (UNECA).

Few linger long in the Ethiopian capital, choosing instead to head north to Lalibela, a pilgrimage site famed for its ancient churches which have quite literally been hewn out of a cliff. Lalibela is one of nine UNESCO World Heritage Sites in Ethiopia. Other notables include the ancient Kingdom of Aksum (or Axum), the fairytale castle of Gondar, the walled city of Harar, the Konso cultural landscape, the prehistoric sites of Awash and Omo valleys, the mysterious stelae of Tiya and the spectacular Simien National Park where the indigenous Gelada baboon and Walia Ibex thrive.

Ultimately, it is Ethiopia's epic landscapes that truly capture the imagination of many travellers. From the cloud-shrouded peak of Ras Dashen (the highest mountain in Ethiopia) to the sulphur fumaroles of the Danakil Depression (which is also the lowest point in Ethiopia at 125m/410ft below sea level), the scenery could inspire paintings, provoke poetry.

These wild environments sustain ancient tribes such as the Bodi, whose men live on a diet of blood and milk in a bid to become the region's fattest man of the year, and the Hamer, famous for their dangerous bull-jumping ceremony which is considered a rite of passage for young men.

Ethiopia has come a long way since the famine of 1983-85 which prompted Bob Geldof to write the fundraising hit Do They Know It's Christmas? (by a curious twist of fate, he now owns a stake in a wine company in Ethiopia). This country, long misunderstood by many, is now enjoying a booming economy, posting a strong and sustainable 8% to 11% growth rate since the turn of the 21st-century.

With Ethiopian Airlines boasting a wide network of air routes radiating from Addis Ababa, travelling to and around the country is getting easier, and for those who ride it out, the rewards are immense.