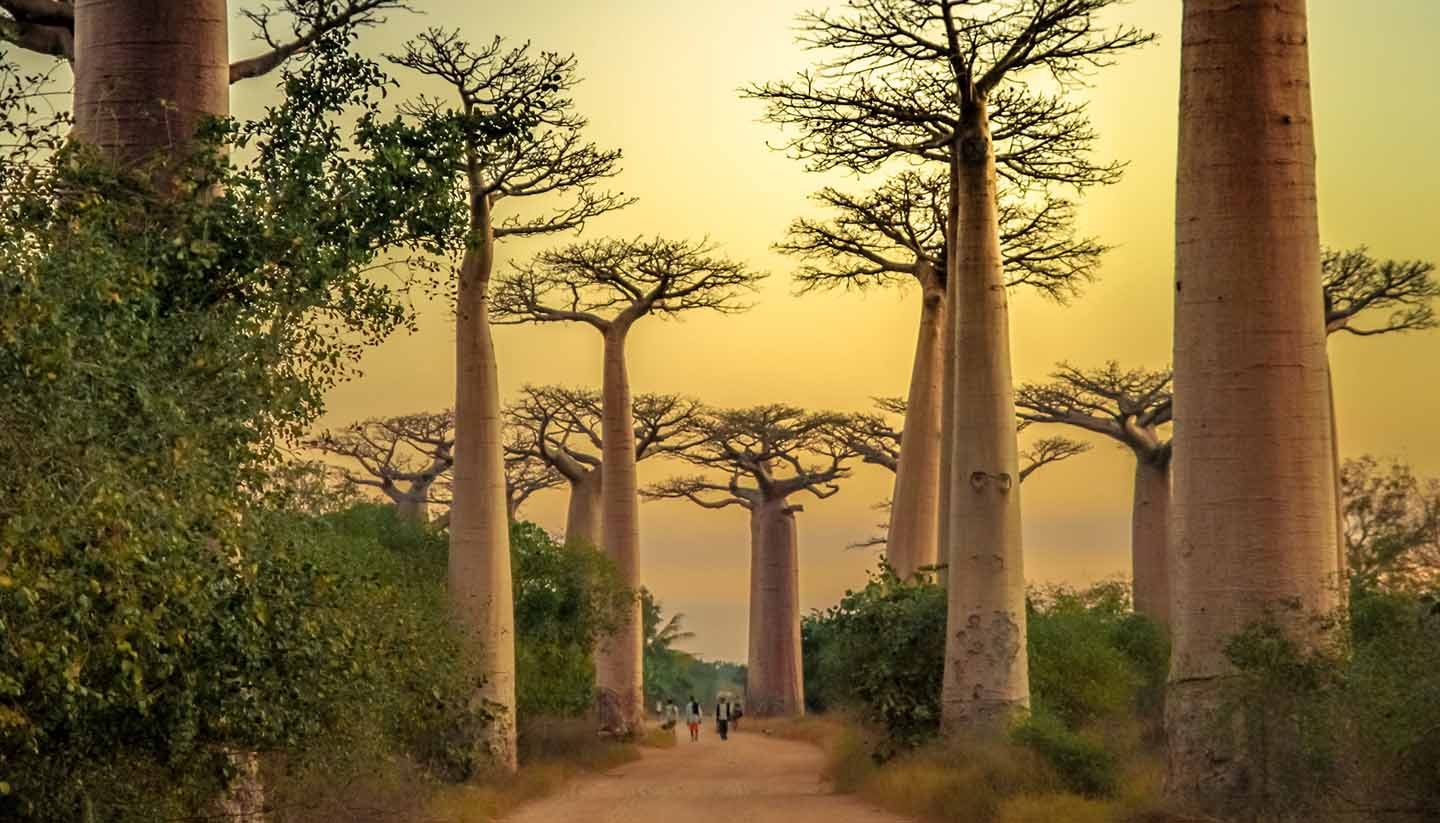 Undoubtedly one of the world’s most fascinating destinations, Madagascar floats off the coast of Mozambique, in the turquoise waters of the Indian Ocean, and is home to some of the weirdest, most wonderful wildlife in existence. A cliché it may be, but there really is nowhere quite like it.

Up to 90% of the flora and fauna found in Madagascar is unique to the island, which was cut adrift from the African mainland millions of years ago and has evolved in sweet isolation since. Mother Nature had a chance to experiment in Madagascar, and experiment she did.

Nowadays the island is home to around a quarter of our planet’s primates and they exist in glorious variety: big and small, social and solitary, adorably cute and downright freaky. The primates’ story is played out across the animal groups: there are several hundred types of frog, dozens of bats, over a hundred snakes (mostly small, all harmless) and almost half of the world’s chameleons. It’s a similar story where flora is concerned, too.

The island is divided along its middle by a high plateau. Lush rainforest runs in a band down the eastern side, while drier deciduous forests lie to the west. In the far south is the unique arid spiny forest, home to the island’s wackiest plant life. Giant baobab trees populate the western regions.

A mix of influences provides telltale evidence of the Polynesian settlers, Arabic presence, Bantu tribes-folk and European arrivals of the past, all of which have culminated in a fascinating cultural melting pot. For sheer diversity, Madagascar hard to beat.