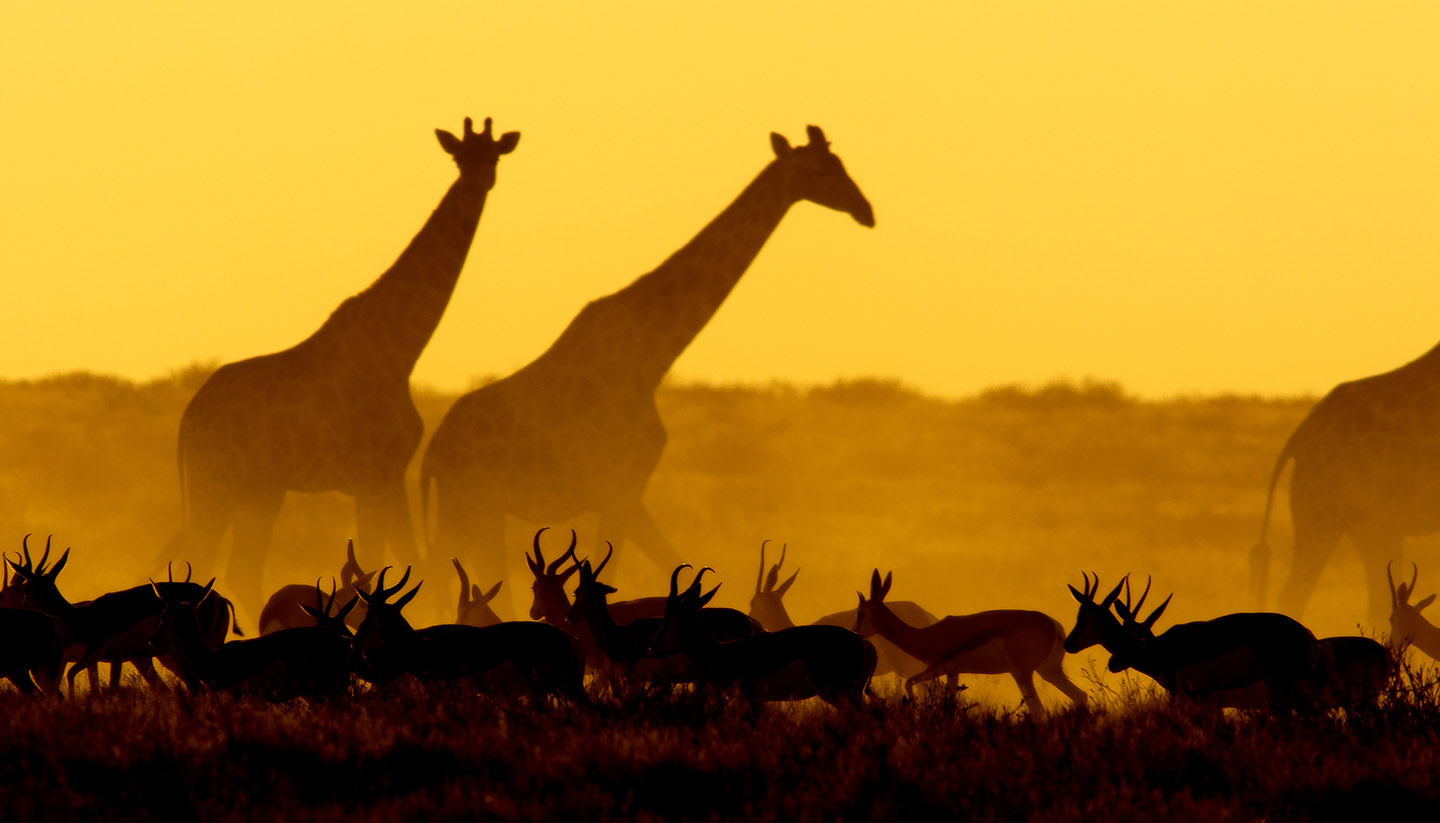 Lightweight suits are advised. Prior appointments are necessary. English is widely spoken in business circles, although a grasp of Afrikaans is an advantage. The best times for business are February to May and September to November.

The mining industry is one of Namibia’s key sources of income and provides more than half of the country’s foreign exchange income. Namibia is on of the largest producers of uranium in the world. Other minerals extracted include silver, copper, lead, zinc, tungsten and some of the world's highest-quality diamonds.

Livestock dominates the agricultural sector, with huge cattle and game farms making up the largest part of the industry. A substantial proportion of the workforce is engaged in subsistence farming of crops such as wheat, maize and millet but their yield is under constant threat from desertification. Even in a good year, Namibia only grows around 50% of the cereal its population consumes and has to import the remainder. Namibia also has an active commercial fishing industry centred around Walvis Bay and its sardine-packed waters. Manufacturing is mainly devoted to processing raw materials and agricultural produce.

Tourism, particularly eco-tourism, is a key part of the economy and one of the country’s biggest employers. Although it is dominated by the white Afrikaaner population, the industry is increasingly geared towards benefitting the local people who live in remote safari areas via initiatives such as conservancies and training schemes for would-be chefs, guides and hotel managers.

Namibia’s biggest trading partner is South Africa, followed by the UK, the USA, Angola, the Netherlands and Spain, and generally involves the exchange of raw materials for manufactured goods. Recent economic policy has seen many former state enterprises transferred to the private sector. The economy has performed reasonably well during the last decade but inflation has recently accelerated. Annual growth in 2012 was 4.6% with inflation at 6.3%. Official unemployment figures hover around 50%, although this does include subsistence farmers and tribal hunter-gatherers.

Keeping in Touch in Namibia

MTC (www.mtc.com.na) is Namibia’s service provider but has roaming arrangements with international provider. However, it operates on GSM 900/1800, which is compatible with European and Australian networks but not with those from North America or Japan. Check with your mobile provider whether they will be able to provide coverage through the MTC network during your stay. MTC does offer prepaid service called Tango, which involves a one-off purchase of a sim card and pay-as-you-go thereafter. Although coverage is generally good, it can be sporadic outside urban areas.

There are internet cafés in Walvis Bay, Swakopmund and Windhoek. Most youth hostels and some game lodges will offer internet services. Expect to spend around N$15 (£1.04) per hour.

Press freedom is provided for by the constitution and respected by the government. Opposition views are broadcast. English-language dailies include The Namibian (also printed in Oshiwambo) and The Namibia Economist, while the main Afrikaans newspaper is Die Republikein. Allgemeine Zeitung is published daily in German. The state-owned Namibian Broadcasting Corporation (NBC) broadcasts nationwide and most homes will also subscribe to South African satellite channels. NBC’s output varies in quality and the channel caused a scandal a few years ago by accidentally broadcasting porn (being watched by an inept controller at the time) during peak viewing time. Desert TV is a Windhoek-based private station. State-run radio is operated by NBC but there are several private music stations including Radio Kudu, Radio 99 and Radio Energy. BBC World Service and Voice of America are broadcast on short wave.

While Namibia's internal post is annoyingly slow, international post is more reliable and mail will usually get to its destination within two weeks.