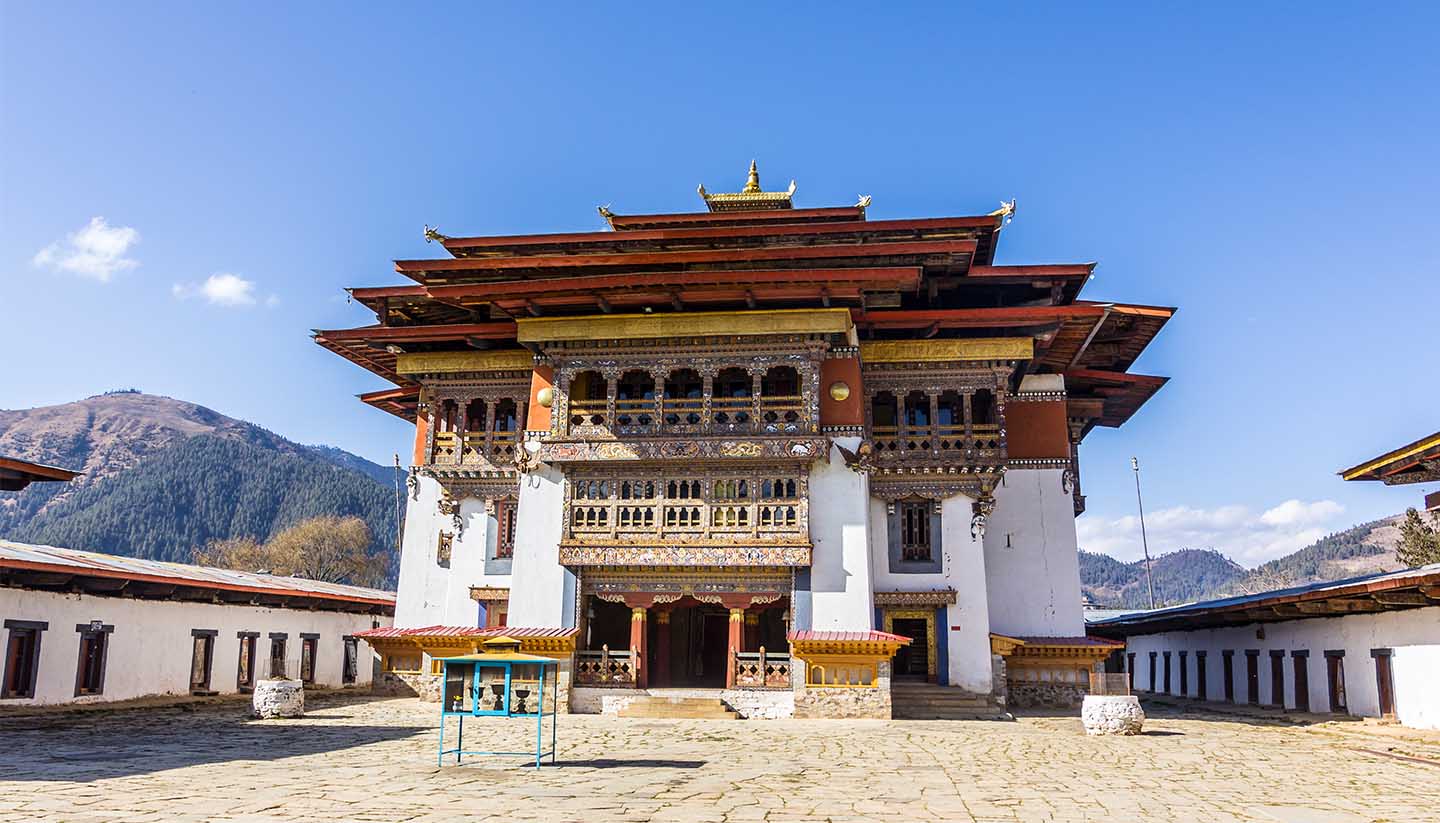 The ancient history of Bhutan is shrouded in mystery, as few records survive, but early Tibetan manuscripts talk of states called Monyul and Lhomon in the area now covered by Bhutan. The Buddhist history of Bhutan is known with more certainty as a written history was maintained after Mahayana Buddhism was introduced into the country in the 7th century by the Tibetan king Songtsen Gampo.

Widespread conversion to Buddhism followed some time after. According to local legend, the Indian ascetic Guru Rinpoche (Padmasambhava) converted the Bhutanese people after subduing eight classes of demons and converting the local king. For the next thousand years, Bhutan existed as a series of rival monarchies in separate mountain valleys.

Bhutan first became a coherent political entity around the 17th century as Tibetan lamas established a centralised administrative and political structure over the area. Bhutan was officially unified under Ngawang Namgyal, who subdued rival Buddhist sects and founded the first of Bhutan’s dzongs (fortress monasteries).

Amazingly, Namgyal’s death in 1651 was kept secret for 54 years to prevent the kingdom from fragmenting. His heirs ruled Bhutan until the 18th century, when the British Empire started nibbling away at its southern borders, seizing Bhutanese territory and imposing tithes on the Bhutanese rulers.

In 1907, the Tibetan diarchal system, with power split between equal political and spiritual leaders, was abandoned and a hereditary monarchy was established, with Ugyen Wangchuck elected as the first Druk Gyalpo (Dragon King). His successors introduced some elements of modern government, but it was only when Jigme Dorji came to power in 1952 that Bhutan modernised in any meaningful way.

Tourism to Bhutan began in 1974, after the Bhutanese government agreed to open its formerly restricted territory to outside visitors. In 1991, Bhutan’s policy of a daily tourist fee was introduced, allowing visits only on organised trips arranged through local agencies, to protect Bhutan’s traditional culture from outside influences.

Bhutan is still nominally a monarchy, governed by the 5th Druk Gyalpo, Jigme Khesar Namgyel Wangchuck, but an elected parliament makes most decisions. The move to democracy was not without problems, and many refugees fled to Nepal in the 1990s, where they continue to live in a legal limbo. Bhutan has also become entangled in conflicts between Assamese and Bodo separatist guerrillas and the government of India.

Did you know?
• Rather than measuring prosperity in GDP (Gross Domestic Profit), Bhutan measures prosperity by the happiness of its people, or GDH (Gross Domestic Happiness).
• The Bhutan constitution requires 60% of the country to remain under forest cover.
• Bhutan was the first country in the world to recognise the rights of the environment in its constitution.

The Tantric form of Mahayana Buddhism (Drukpa Kagyu) is the state religion; the majority of Bhutanese people follow the Drukpa school of the Kagyupa sect. Those living in the south are mainly Hindu.

The lifestyle, manners and customs of the Bhutanese are in many respects unique to the area. The strongest influence on social conventions is the country's state religion, and everywhere one can see the reminders of Buddhism and the original religion of Tibet, Bonism. There are no rigid clan systems and equal rights exist between men and women. The majority of the Bhutanese live an agrarian lifestyle.

In 1989, it was made compulsory for citizens to wear national dress and failure to comply at official functions or in government buildings incurs a fine; the men wear a gho, a robe resembling a dressing gown with upturned white cuffs and knee-high socks, whilst the women wear a kira, a sari-like garment that is furnished with ornate brooches, and worn over a blouse. Bhutan has outlawed the sale of tobacco products, and also banned smoking in public places. Healthcare and education are free. The political leaders of the country have also been religious leaders historically.

For years the country has deliberately isolated itself from visitors, a policy which is now to some extent being reversed. But Bhutan continues to bear the hallmarks of seemingly peculiar customs borne from legacy and legend. Giant phalluses can often be seen painted onto walls, etc, in order to ward off evil spirits and ensure good crops and healthy children. Climbing some of the Himalayan peaks is banned due to the belief that the mountains are the repository of the gods and all life, animal or plant, is treated with respect as a divine gift.

Dzongkha is the official language. A large number of dialects are spoken, owing to the physical isolation of many villages. Sharchop Kha is spoken in eastern Bhutan. Nepali is common in the south of the country. English has been the language of education since 1964 but there is growing emphasis on learning Dzongkha to strengthen national identity.