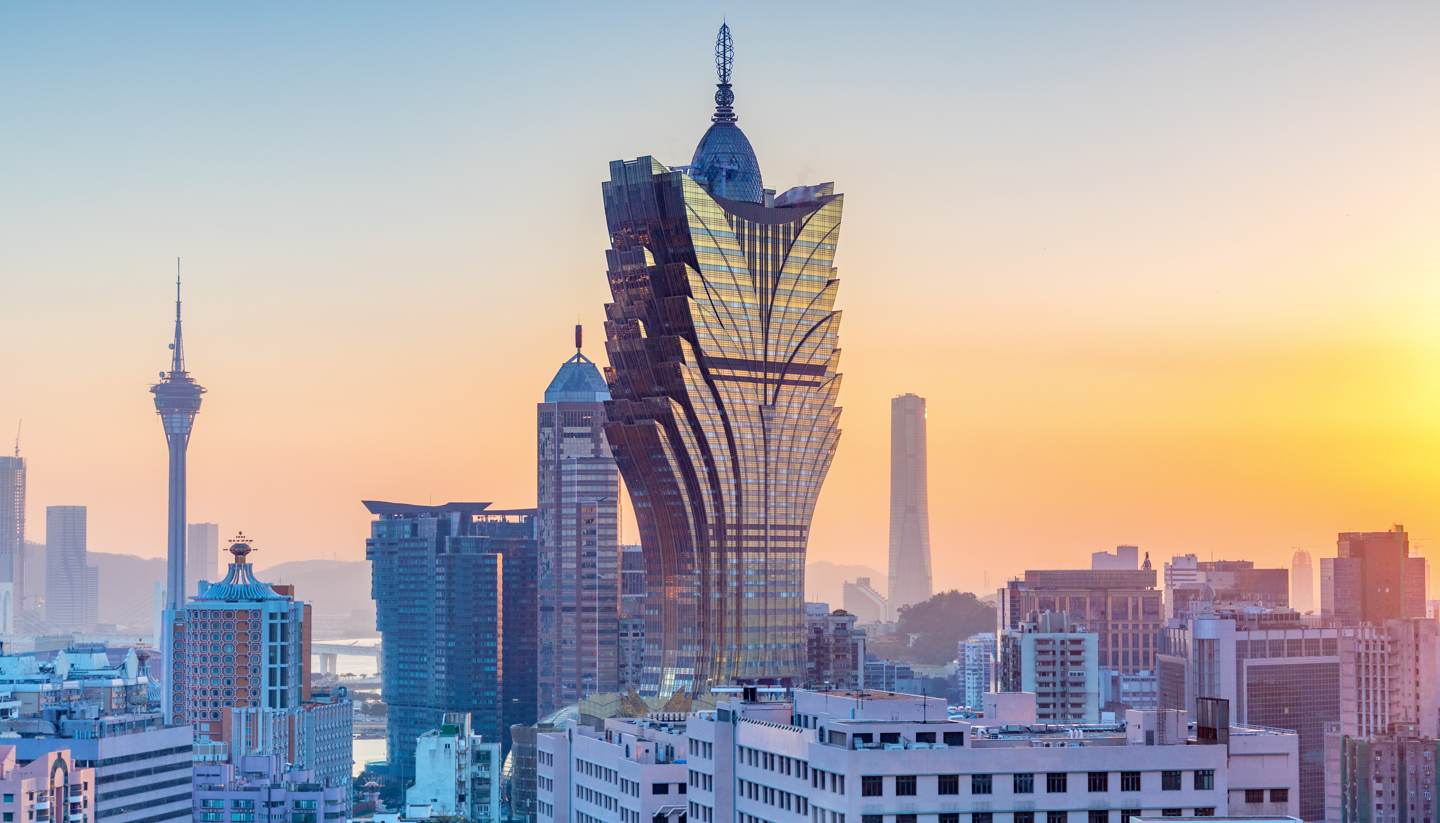 There's nowhere on the planet quite like Macau. One of China's two so-called Special Administrative Regions, the little autonomous territory has evolved (with something approaching insatiability) into a neon-clad jungle of five-star casinos and gargantuan resorts. The "Vegas of the East" tag, however, tells only half the story. This is also somewhere that bears the marks of centuries of Sino-Portuguese heritage, showcasing age-old temples and colonial-era architecture alongside its modern pleasure palaces. The same mix of global influences informs everything from its culture to its cuisine.

The destination (made up of three sections: the mainland, Taipa and quieter, greener Coloane) sits within easy reach of Hong Kong, making it relatively straightforward to visit. High-speed ferries make the journey in less than an hour, while the under-construction Hong Kong-Zhuhai-Macau Bridge will form a 31-mile road link between the two.

The Vegas comparisons shouldn't be taken lightly. For a start, many of Sin City's biggest names have presence here too (you'll find resorts managed by the likes of Wynn, MGM and Sands), while its gaming revenue is considerably higher than its Nevada counterpart. Casinos such as The Venetian, the City of Dreams and the more Asian-inspired Galaxy are spectacles in their own right, even if you're not having a flutter. The Cotai Strip, in particular, has boomed into a super-sized, high-end entertainment hub in recent years. The dining scene has become world-class too, and these days there are also a growing number of high-class shows and other entertainment options to woo visitors.

To really appreciate the place, however, you need to look beyond the opulent gambling halls. The architectural and cultural legacy of four centuries as a Portuguese colony lives on, especially on the mainland. In 2005, UNESCO recognised the territory's wealth of historical attractions (churches, gardens, old cemeteries, colonial buildings and cobbled backstreets) by adding the 'Historic Centre of Macau' to its World Heritage list. You'll also find hilltop forts, cathedral ruins, Buddhist temples, atmospheric Portuguese cafés and busy Cantonese markets here.

Historical highlights include the warren-like A-Ma Temple, dating back to the 15th century, and the attractive Senado Square. But if you prefer to get your thrills in other ways, consider bungy jumping from an eye-watering height of 233m (765ft) at the Macau Tower.