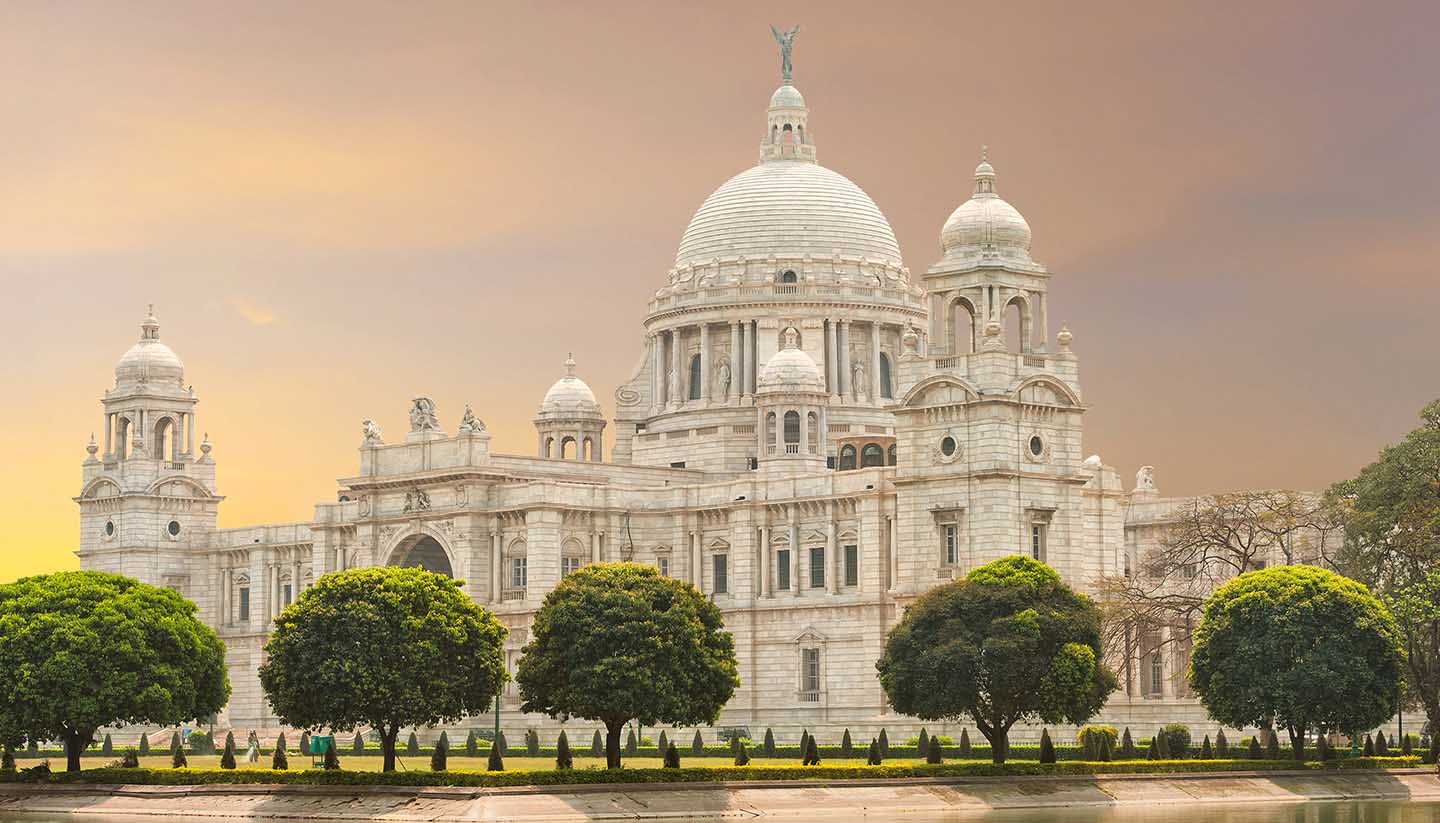 The capital of the Indian state of West Bengal, Kolkata is a mesmerising blend of elegant, but crumbling, Raj-era architecture, graceful gardens, crowded marketplaces, flower-bedecked temples and mammoth civic monuments.

Delhi may be the political capital of India, and Mumbai the financial hub, but Kolkata is India's cultural heart and a major centre of literature, spirituality, music and cinema. This is, after all, the hometown of national poet Rabindranath Tagore, revered guru Ramakrishna, sitar master Ravi Shankar and legendary filmmaker Satyajit Ray.

Although its problems of overpopulation and poverty are well documented, modern Kolkata – known as Calcutta until 2001 - is far from the depressing slum depicted in many Western novels. Sprawling along the east edge of the huge Maidan Park, the streets of the city centre are dotted with graceful monuments and grand civic squares built by the British but renamed in honour of freedom fighters in the years since Independence.

Nevertheless, the bustees (squatter settlements) upstream and downstream from Howrah Bridge (which spans the Hooghly River, linking downtown to the city's main train station at Howrah) are a powerful reminder of the inequality that has dogged the city throughout its history. Volunteers still flock to the charitable foundations established by Mother Theresa hoping to make a difference.

Most travellers base themselves around the New Market, close to the impressive Indian Museum and Kolkata's signature monument, the gleaming Victoria Memorial, whose hybrid, east-meets-west architecture falls somewhere between London's St Paul's Cathedral and the Taj Mahal.

Perhaps the most fascinating areas to explore, however, are the bustling bazaars along Rabindra Sarani and the alleyways of Kumartuli, where sculptors create the thousands of idols of the goddess Kali that are ritually immersed in the Hooghly during the riotous Durga Puja festival each September or October.

For many travellers, Kolkata is the gateway to eastern India, a leaping-off point for trips to Darjeeling, the eastern Himalaya and the tiger-stalked waterways of the Sunderbans Tiger Reserve. Nevertheless, almost everyone spends a few days roaming the streets of the Bengali capital, soaking up its atmosphere of faded grandeur.

Spreading over 6.5 hectares (16 acres), this deluxe hotel has a gloriously tranquil ambience. Its top-class rooms surround a huge pool and are tastefully minimalist, with contemporary designs and fresh tones. Each room comes with Internet access, personalised vaults and 24-hour butler service. Guests can enjoy the health spa and beauty salon, with a variety of massage treatments, gym and collection of fine restaurants including delicious Dum Pukht.

A comfortable, friendly, hotel in the heart of busy Sudder Street, the Lytton has pleasing rooms, all with air conditioning, fridge, Wi-Fi access, television and writing desk, making it a good value (for Kolkata) hotel for business travellers and tourists alike. It has a business centre, a good restaurant and a cosy bar – and it's just around the corner from the Indian Museum.

Set back from the chaos of Chowringee, this elegant Victorian structure has long been one of Kolkata's (and the subcontinent's) finest, and indeed most historic, hotels. Its courtyard is filled with columns and plants; the exquisitely restored hotel has beautifully decorated rooms (including sumptuous suites with grand four-poster beds and teak wood floors) in addition to a handful of superb restaurants, a tea lounge, spa, fitness centre and pool.

A great location in the heart of Park Street, this upmarket property is a member of the Design Hotels of the World. Standard doubles are very comfortable with soothing warm tones and there are also more opulent suites and larger 'Luxury rooms'. It's stylish, well run and home to the trendy Tantra nightclub as well as some commendable restaurants. Other treats include an inviting swimming pool, gym and spa (which offers traditional Ayurvedic treatments and heavenly body scrubs).

The Lindsay offers a degree of comfort that belies the price. A nice feature is the rooftop restaurant, which affords good views of the teeming city below. It also has Wi-Fi in the rooms, and all the usual 'mod cons' expected from a modern hotel.

A living part of the city's history, this small-scale property harks back to the late 18th century and has retained a creaky charm, and the charming, eccentric octogenarian owner is proud to talk about the interesting photos lining the walls. Extensively renovated in 2010, the hotel is crammed with bric-a-brac, old wicker furniture and Raj-era memorabilia. Rooms aren't flash but are comfortable enough, with some bathrooms featuring great old free-standing bath tubs.