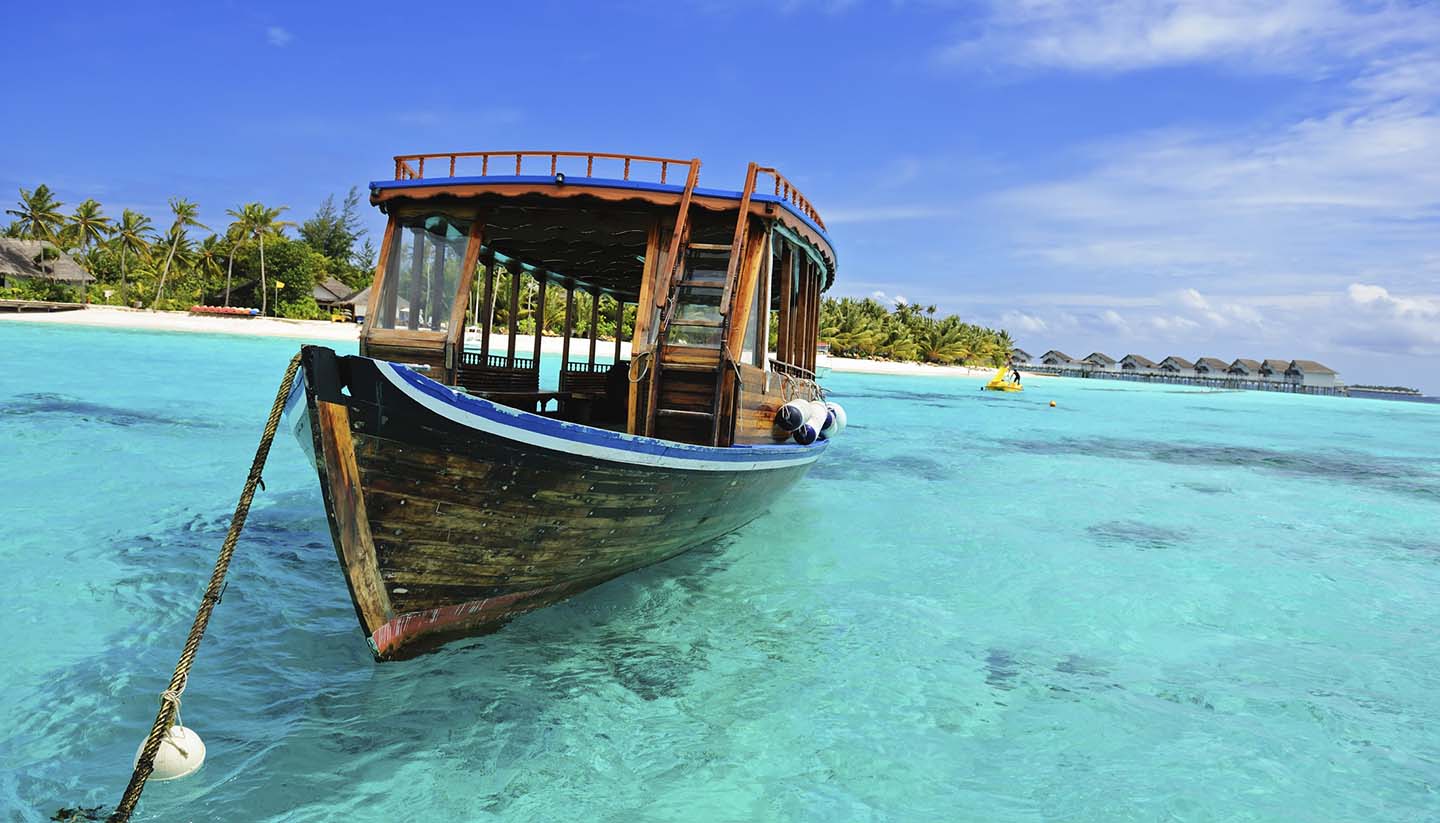 The Maldives are thought to have been originally settled by fishermen from the coast of India and Sri Lanka sometime between 300 BC and AD 300. After a 1,400-year-long Buddhist period and with the arrival of Arab traders, the islands eventually converted to Islam in the 12th century and became a centre of the coir industry. The tough fibre from the husk of dried coconuts was turned into rope and used on shipping as far afield as China and Yemen.

The islands remained Islamic, resisting all attempts to convert it to Christianity, even during the period of Portuguese control, which lasted on and off into the 17th century. In 1887 the Sultan of the Maldives signed over his territory to British protection, giving up the islands’ control over policy but maintaining self-government. British rule continued until independence in 1965, despite earlier abortive attempts by various factions to claim a republic and overthrow the sultan.

A popular referendum was held in 1968 to decide if the newly independent nation should continue its constitutional monarchy – the sultan, Muhammad Fareed Didi, had declared himself king three years earlier – or become a presidential republic. More than 81% of the population voted in favour of establishing a republic, ending the 853-year monarchy.

The country’s modern history is largely shaped by Maumoon Gayoom, who was president between 1978 and 2008.

Following the 2004 Indian Ocean earthquake, the Maldives were devastated by a tsunami. Several islands were destroyed, and the total damage was estimated at US$400 million.

In 2008 Gayoom, who ruled the country virtually unchallenged, finally made concessions to allow for free and democratic elections. After a run-off, long-time political dissident and opposition leader Mohamed Nasheed was declared president. Despite having been imprisoned on multiple occasions by Gayoom's police, Nasheed signalled that his government would not prosecute any member of the previous administration. The new government focussed on much-needed reforms such as improving education, health care, social security and environmental protection.

After the arrest of a senior criminal court judge, controversy erupted and Nasheed resigned and was replaced by his vice president in 2012. Current resident Ibrahim Mohamed Solih assumed office in 2018.

Although the plans announced in 2009 to become the world’s first carbon-neutral country were soon ditched, the Maldives today has one of the most ambitious plans to phase out plastics.

Did you know?
• President Nasheed held the world’s first underwater cabinet meeting in October 2009.
• The Maldives’ highest point is found on Villingili Island, rising to just 2.4m (7.9ft) above sea level.
• In September 2013 a coconut was detained by police for acting suspiciously outside a polling station.

The indigenous population is entirely Sunni Muslim, and the group practice of other religions is illegal.

The majority of the indigenous population does not mix with the tourist visitors, with the exception of those involved with tourism in the resorts and Malé. Dress is informal, but locals who are Muslim will be offended by nudity or scanty clothing in public places, and the government rigidly enforces these standards. Bikinis and other scanty beachwear are not acceptable in Malé or on any other inhabited island; they should be restricted to resort islands only. When entering a mosque, the legs and the body, but not the neck and the face, should be covered. Handshaking is the most common form of greeting. The indigenous population not involved in the tourist trade lives in isolated island communities, maintaining almost total privacy. A large number of locals smoke, but smoking and eating during Ramadan are discouraged.

The national language is Dhivehi. English is widely spoken by locals. French, German, Russian, Italian and Chinese are widely used at resorts.