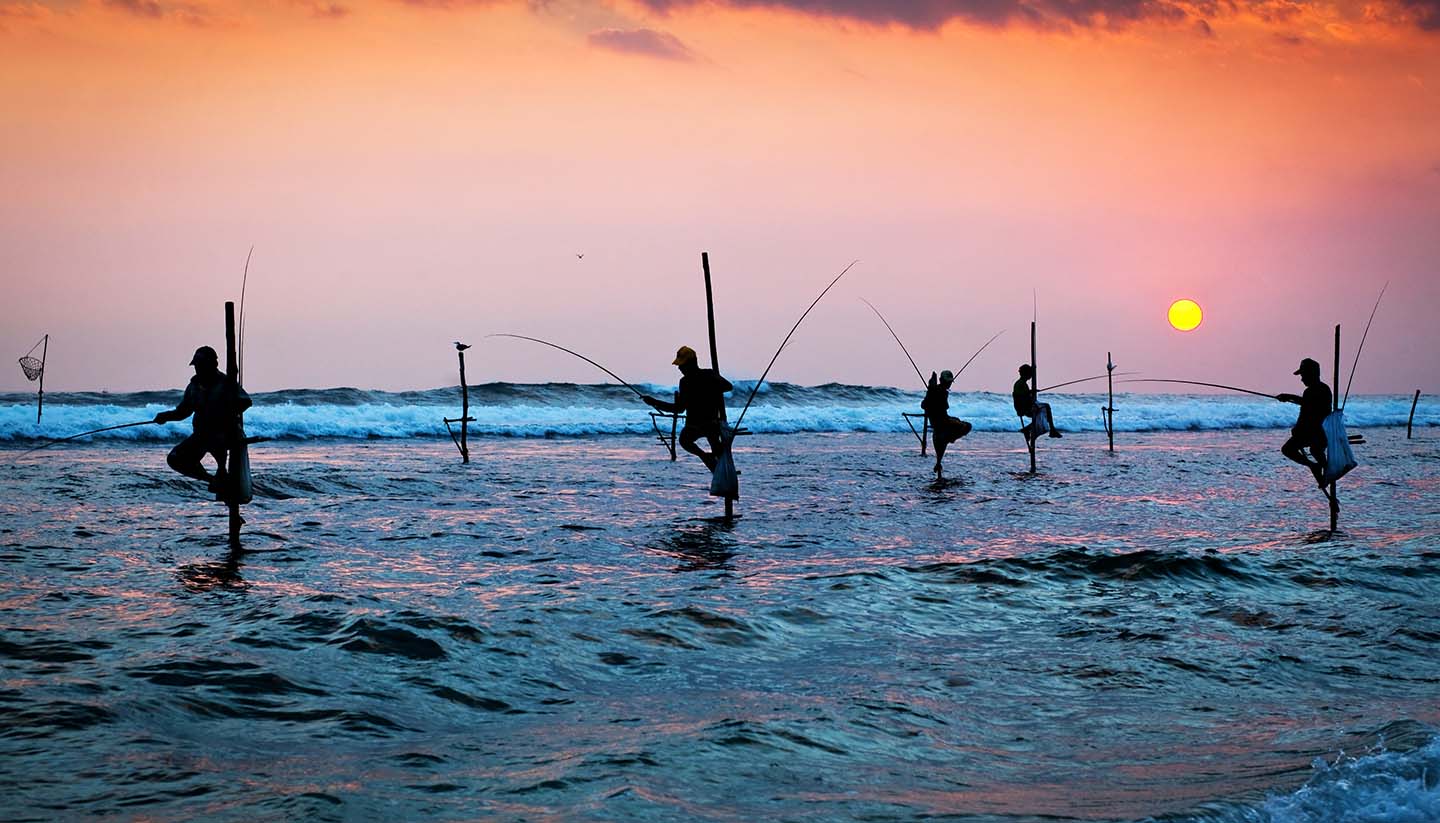 With memories of civil war receding, and a new government intent on healing the scars of the past, this sun-kissed island nation looks set to regain its position as the holiday capital of the Indian Ocean.

Life in Sri Lanka is dictated by the sea. Monsoon winds create the seasons, rainbow-coloured fishing boats deliver the bounty of the Indian Ocean to the nation’s tables and tropical surf washes endlessly against the island’s golden beaches. For many, this is the perfect introduction to the Indian Subcontinent.

While Hinduism holds sway in nearby India, Buddhism dominates Sri Lanka. Ancient temples and enigmatic dagobas (stupas) enshrine relics of Buddha, shaded by saplings taken from the tree under which the Buddha attained enlightenment. At times, Sri Lanka’s Hindu, Christian and Buddhist minorities have struggled in the face of Buddhist domination, but it has shaped this island nation for millennia.

Across Sri Lanka, the ruins of ancient cities emerge from the jungle, while the remnants of Indian, Portuguese, Dutch and British settlements add to the delightful mishmash of historic architecture. Perhaps the most evocative monuments are Sri Lanka’s ancient monasteries, which are still major centres for pilgrimage and devotion, particularly during the island’s epic festivals.

In the Hill Country, the centre of the British occupation, colonial-era trains still wind their way through tea plantations and cascading paddy fields, but this highly populated little island is far from frozen in time: the coastline is peppered with modern resorts, beach bars, bronzed surfers and boutiques full of designer swimwear.

Elsewhere the forests of Yala, Udawalawe and other national parks teem with monkeys, leopards and wild elephants, while sea turtles, dolphins and blue whales can be spotted around the coast. Not bad for an island similar in size to South Carolina.