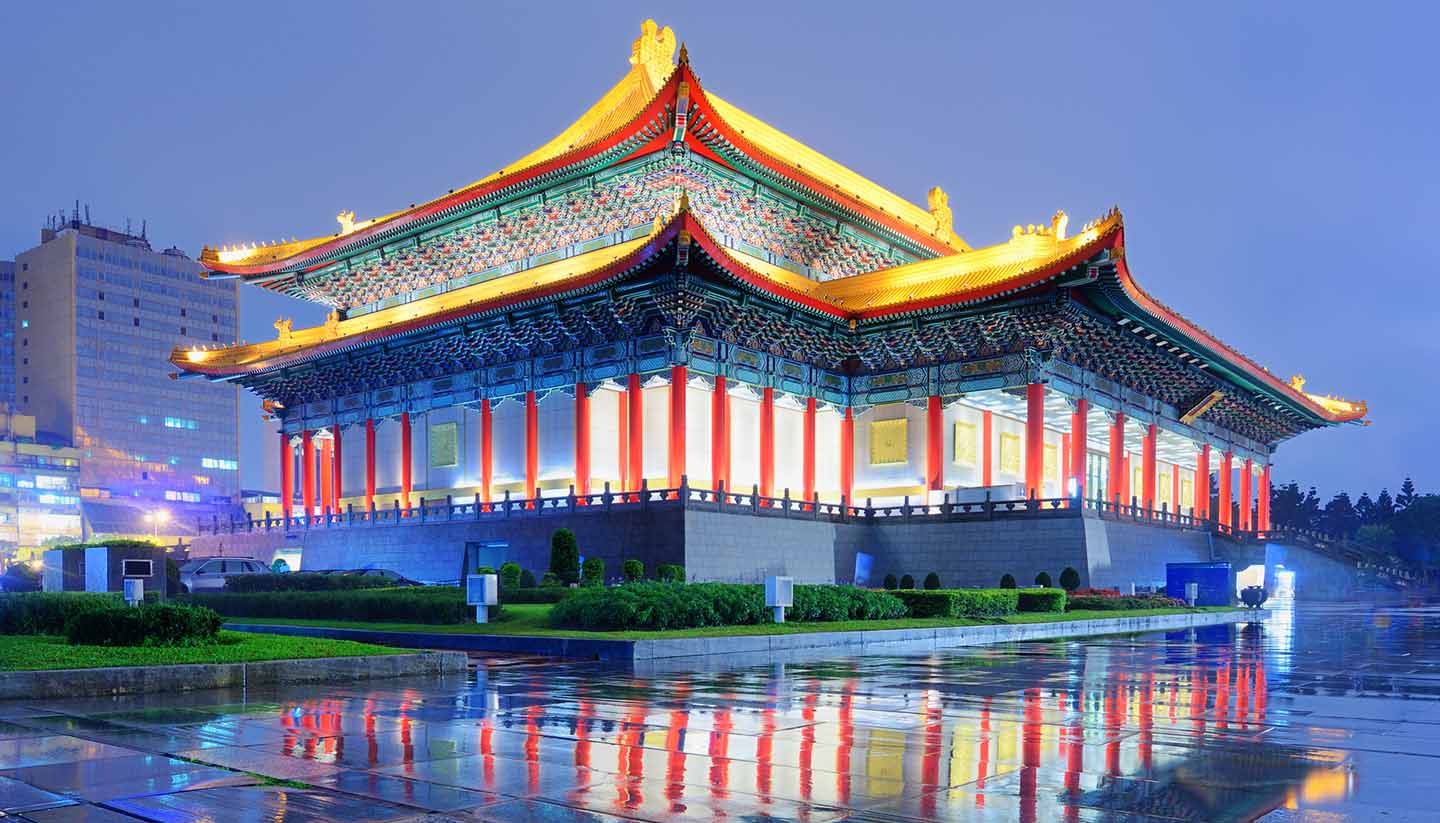 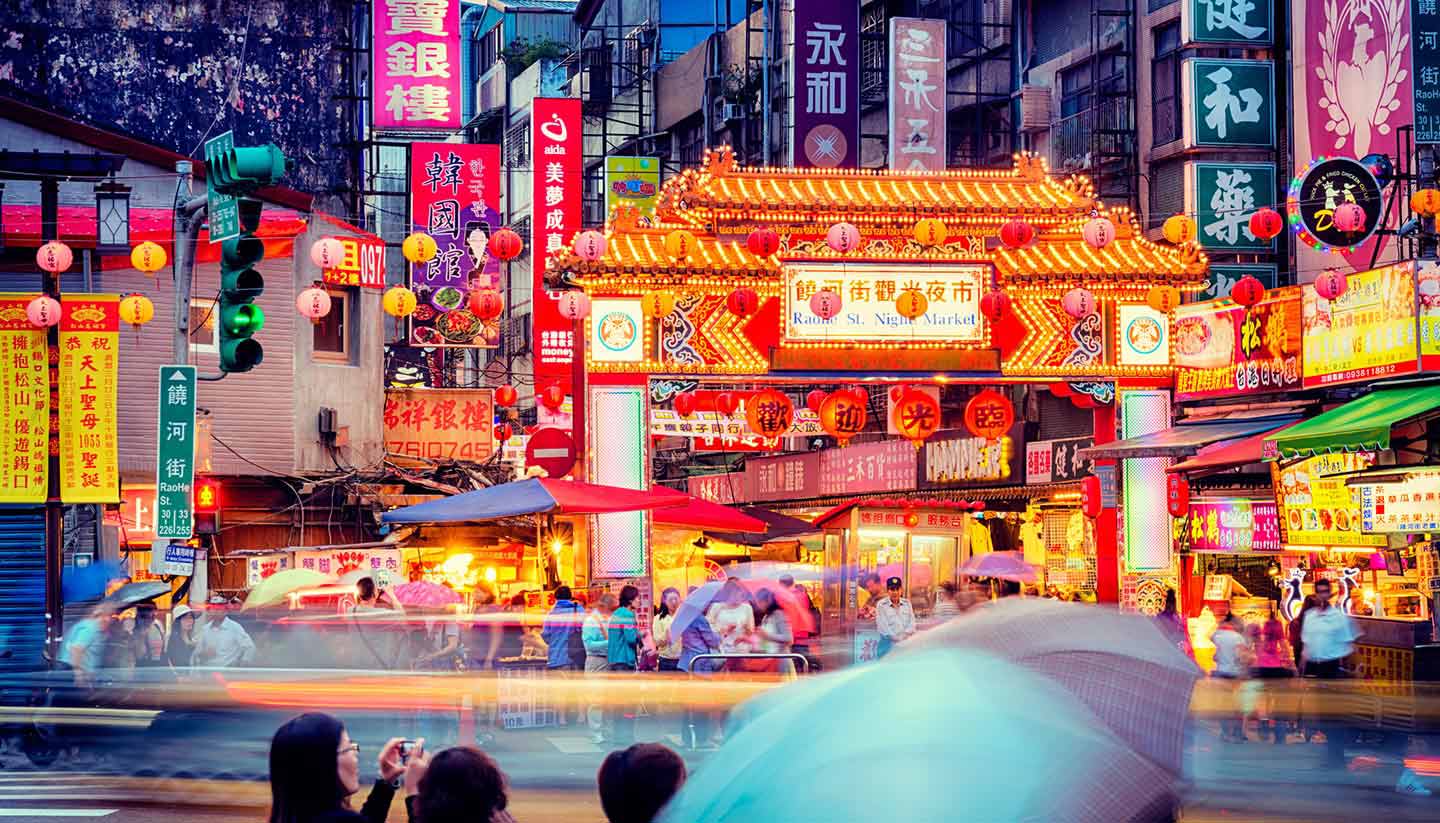 A web of different influences makes Taipei a city rammed with life; an international metropolis that manages to be both unrushed and turbo-charged.

Drawing on doyen from the Chinese mainland, the West, Japan and Taiwan’s own indigenous heritage, it’s a heaving but welcoming city where swarming scooters and steamed-up dumpling restaurants are as much a part of the cityscape as serene temples and soaring towers.

Taiwan itself was formerly called the Island of Formosa (Portuguese for ‘beautiful’), and while it’s always going to be relatively small, its capital city gives it the weight of other, far larger, Asian destinations.

This is thanks to world-class attractions such as the National Palace Museum, which showcases many of the imperial treasures brought over from China by Mao’s great foe, Chiang Kai Shek. Indeed, Taiwan’s fractious relationship with the People’s Republic remains an absorbing backdrop to any trip to the city.

Taipei has a long established reputation for its food, with cuisine from every region of China. Tellingly, it’s also home to various new boutique hotels and trendy bars, although its most famous building by far remains Taipei 101, the world’s tallest tower when it was unveiled in 2004.

On a clear day, the views from the skyscrapers’ summit are wonderful. Back down at ground level, meanwhile, there are pleasures of a different kind at the Shilin Night Market (one of many in the city) where you’ll find a jabbering melee of food stalls, swirling smells and massing locals.

As Taipei continues to grow, its cultural scene has blossomed, producing local art and architecture that often has a distinctly local edge. Taiwan itself has some spectacular selling points, from its folk traditions and sweeping natural scenery to its undimmed sense of ambition, and a trip to Taipei offers more than a glimpse of this remarkable destination.

Imposing, but calm, and consistently voted as one of the best hotels in Taipei, the Shangri-La has all you need for a great stay, including a heated rooftop pool, a sauna and a spa. Restaurant choices include Japanese, Cantonese and Italian, and a cocktail bar with dazzling skyline views.

This hotel does 'boutique luxury' to perfection, with an emphasis on good service. Rooms have floor-to-ceiling windows and park or city views, and there's also a Western and Asian restaurant where the free breakfast is served. The collection of contemporary Taiwanese sculpture is a reason enough to pop in without staying. Children over 12 only.

This mid-sized business hotel in the eastern business district has a distinctly Chinese ambience. It has 176 clean and comfortable rooms equipped with cable television and internet access. Shanghainese cuisine is served at Ning Yuan restaurant on the third floor. The hotel also has a business centre and fitness room.

Brighton's most famous hotel, and one of the only 5-star establishments in the city, the The Grand’s elegant Victorian building enjoys a central seafront position. This extensive hotel has more than 200 lavishly appointed rooms, and offers a stylish and luxurious base from which to explore the city. Its afternoon teas are world famous too.

Set in the lively Shuanglian neighbourhood (and four minutes' walk from the MRT station), this budget hotel offers a raft of freebies: bicycle use, Wi-Fi device, bottled water and snacks, plus breakfast and use of a washer/dryer. Rooms are simple and minimalist but have flat-screen TVs, and there's a 24-hour convenience store next door.

The price is a bargain for Taipei, considering its close proximity to Taipei Central MRT/ train station and Ximending shopping district. The rooms are nothing special, but staff are friendly and Wi-Fi is free. Complimentary breakfast is served in a rooftop cafe.