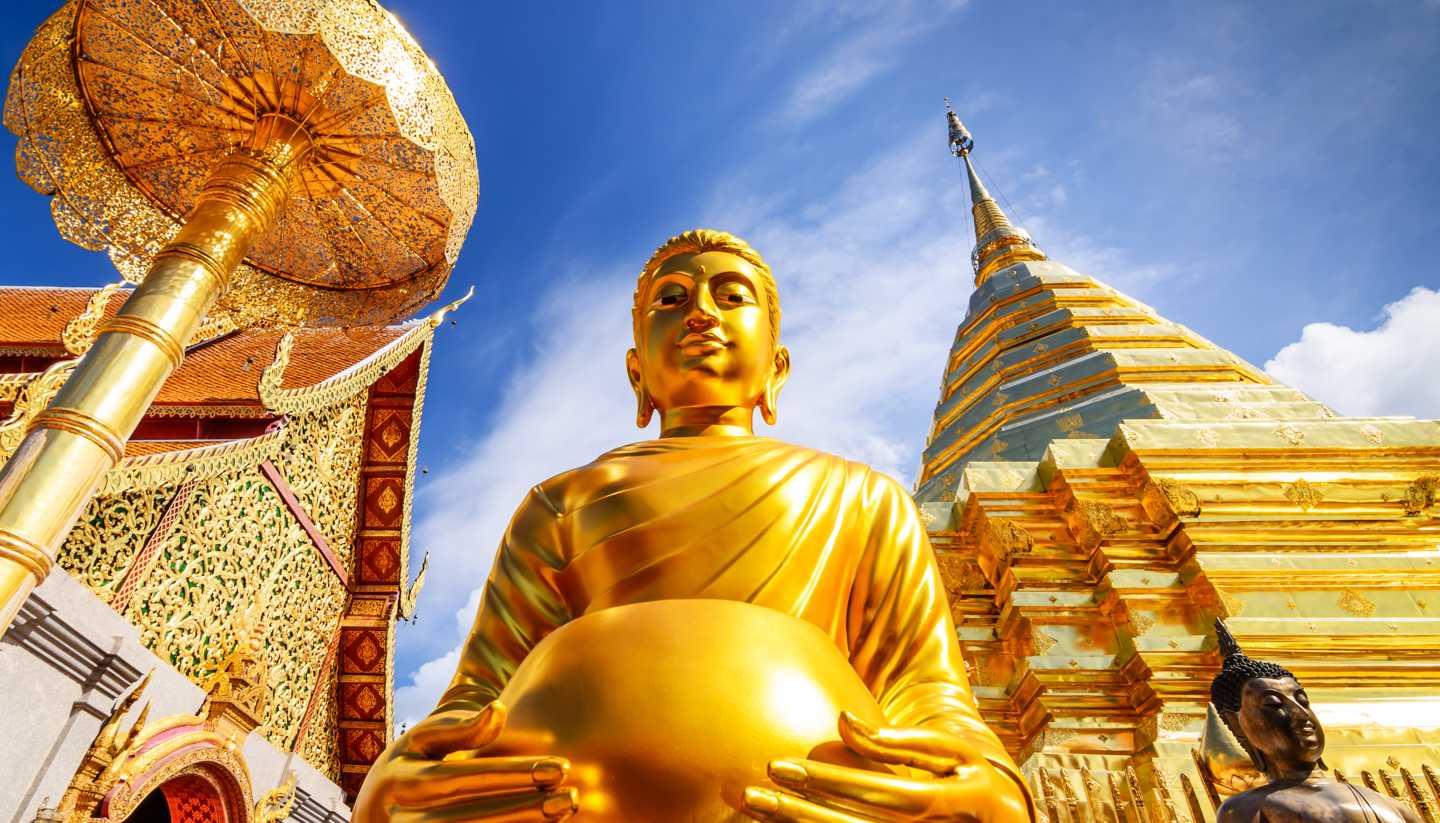 Rightfully trumpeted as Thailand's 'Rose of the North', Chiang Mai is an alluring city brimming with glittering temples, enticing jungle, mouth-watering street food and the bustle of lively markets.

As the gateway to the Thai hills, Chiang Mai has grown far beyond the medieval city walls that once marked it as the original capital of the northern Lanna Kingdom. Still, its temple-lined backstreets conjure up the glory of the great Thai dynasties and it remains a city steeped in culture and tradition.

Where else in Thailand can you watch the sun rise from a jungle hilltop, indulge in a world-class massage, sip handcrafted cappuccinos and chat meditation with Buddhist monks before ending the night by dancing to live music by the river?

It doesn't matter if you're haggling handmade souvenirs at daily markets, learning to cook at a countryside retreat or exploring Chiang Mai's verdant forests, visiting the city will hardly trouble the bank.

With so much to keep visitors amused, it's tempting to just stay in the city but seasoned travellers will want to get out of urban hubbub and experience the region's exotic scenery, traditional Thai handicrafts and abundance of adrenaline activities.

Trekking to the villages of Thailand's hill tribes has become one of the quintessential travel experiences from Chiang Mai. Other thrills include mountain biking, white-water rafting, rock climbing expeditions and zip-wiring through the rainforest canopy.

So whether you're looking for a relaxing getaway, some much-needed cultural immersion, an exciting adventure or a little of all three, Chiang Mai is a city that's sure to bewitch.

Spacious, air-conditioned and simply furnished rooms are set in three blocks, and there's a small swimming pool in the garden too. Breakfast is free, and there's also a small cafe serving meals. Set along the Ping River near Saphan Lek (Iron Bridge), the hotel is also five minutes' from the night market.

Set on a quiet side street, this hotel offers excellent value. The simple, spacious rooms all have balconies and are furnished with small fridges, microwaves and balconies. Breakfast isn't offered, but there are plenty of options nearby.

The riverside setting is the big draw at this long-established, family-run guesthouse. Upmarket, comfortable rooms with air conditioning and hot water overlook a shady, peaceful lawn that leads down to an appealing covered restaurant on the banks of the River Ping.

A few kilometres east of the city centre, the Mandarin Oriental Dhara Dhevi is a stunning mock-up of a traditional Lanna village, with elegant stucco and mahogany villas and pavilions dotted around a vast garden of rice fields, palm trees and pools. Additional features include a spa, a themed swimming pool and three restaurants. One of the best hotels in Chiang Mai.

Centred on a leafy courtyard, this comfy hotel in Chiang Mai is crammed with antiques and northern Thai bric-a-brac, and the tasteful rooms have air conditioning and hot showers. The restaurant serves a popular evening vegetarian buffet, and the owners run a Thai cooking course in their village home. No advance reservations are taken.

The most popular backpacker haunt in Chiang Mai, this agreeable guesthouse has a relaxing garden full of exotic plants, a roof terrace full of hammocks, a popular travel agency offering adventure tours, and a terrace restaurant that is always full of travellers swapping stories.