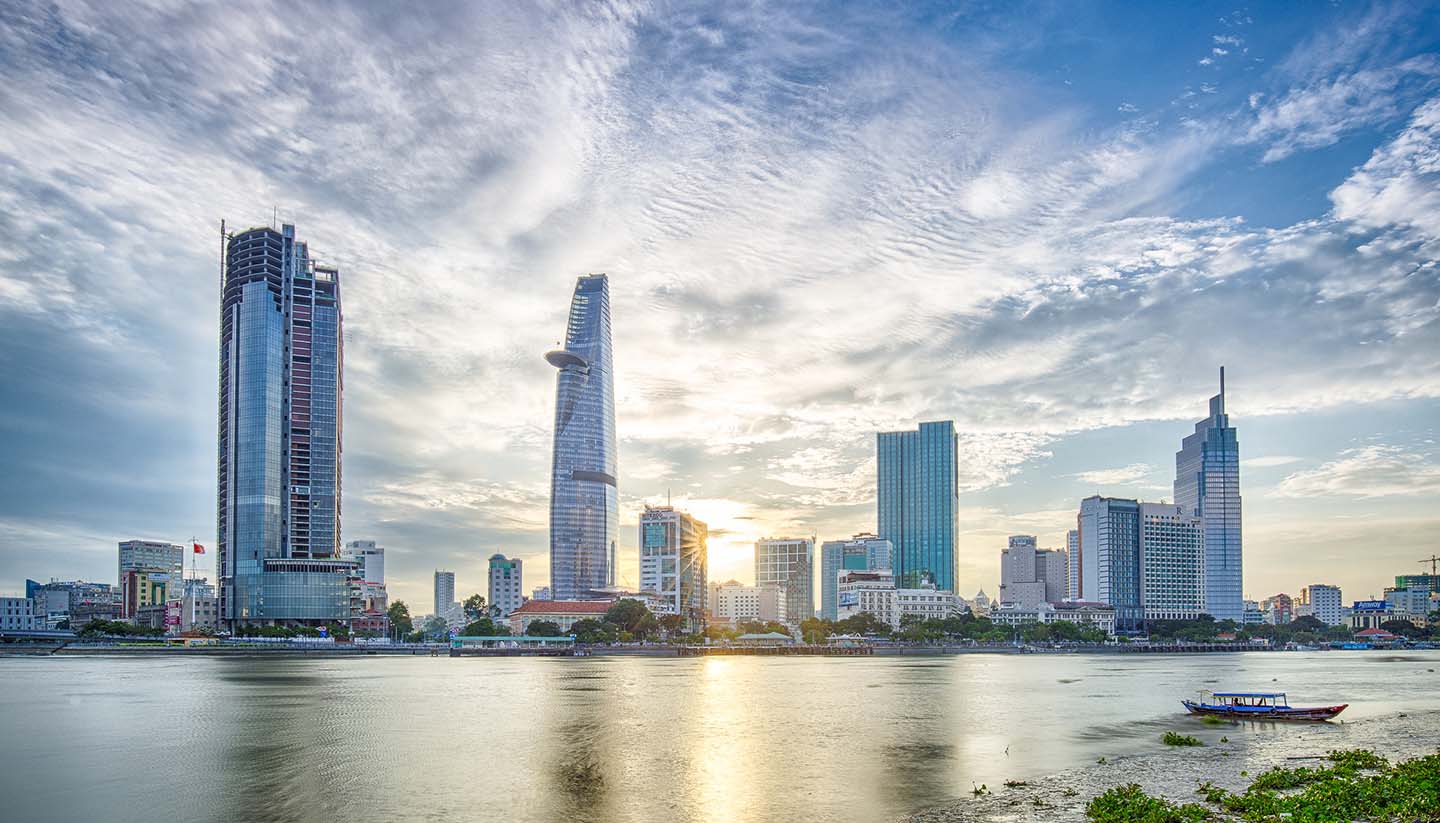 It’s very easy to do independent, self-guided walking tours around Ho Chi Minh City. However, if you prefer a guide, Exotissimo and Vidotour are two of many travel agencies offering walking tours. One possible route is around Notre Dame Cathedral, Post Office, Reunification Palace and War Remnants Museum and another through the shopping areas of Dong Khoi and Le Loi to Ben Thanh Market. The walking is not particularly strenuous but the heat and humidity can make it difficult.

Escape the city and head into the Mekong which can be reached from Ho Chi Minh City in three hours by road. On the banks of the canals and on small islands are tiny villages, where families eke a living from the river and the fertile land on its banks. Life here revolves around the river so chugging around on a small boat through the maze of canals, passing small boats that are home to whole families, is the only way to explore; join the locals as they haggle for fruit and vegetables at the floating market at Cai Be.

Excursions to the Mekong Delta do feel like a tourist conveyor belt, but if your time in Vietnam is limited, this is an efficient way of taking in rural life.

The Cu Chi Tunnels is an underground network which was excavated by the Vietnamese and used by the Viet Cong during both the French-Indochina War (1946-1954) and the Vietnam War (1955-1975).

Situated near Ho Chi Minh City, the tunnels took around 25 years to construct and were finished in the 1960s. Stretching for over 200km (124 miles) and connecting numerous villages in the provinces, the tunnels once housed mini-hospitals, store rooms and factories, and were used as living quarters by both Vietnamese fighters and local villagers.

The tunnels stand today as a symbol of the struggle by the Vietnamese people on one of the most famous battlegrounds of the Vietnam War. Cu Chi district was heavily bombed during the two wars and was particularly targeted at night, forcing residents to live in underground tunnels.

Today, visitors to the site can experience life underground during their tour of the tunnels and imagine what life would have been like for the Vietnamese. You can even crawl your way along a short section of tunnel especially enlarged to allow Western visitors to be able to experience how the Vietnam War was won. The experience is enlightening but also claustrophobic, a feeling intensified by the heat.

Northwest of Ho Chi Minh City, towards the Cambodian border, is the headquarters of the intriguing Cao Dai sect located in the town of Tay Ninh. The Cao Dai religion is a fusion of world religions including Christianity, Buddhism and Islam and has up to three million followers across the south of the country. Make sure you attend one of the four daily services held here (0600, noon, 1800 and midnight) in the Disney-esque Cao Dai Temple. The midday service is extremely popular with visitors. The proceedings are viewed from a narrow balcony and the participants wear white, blue, red or yellow robes.