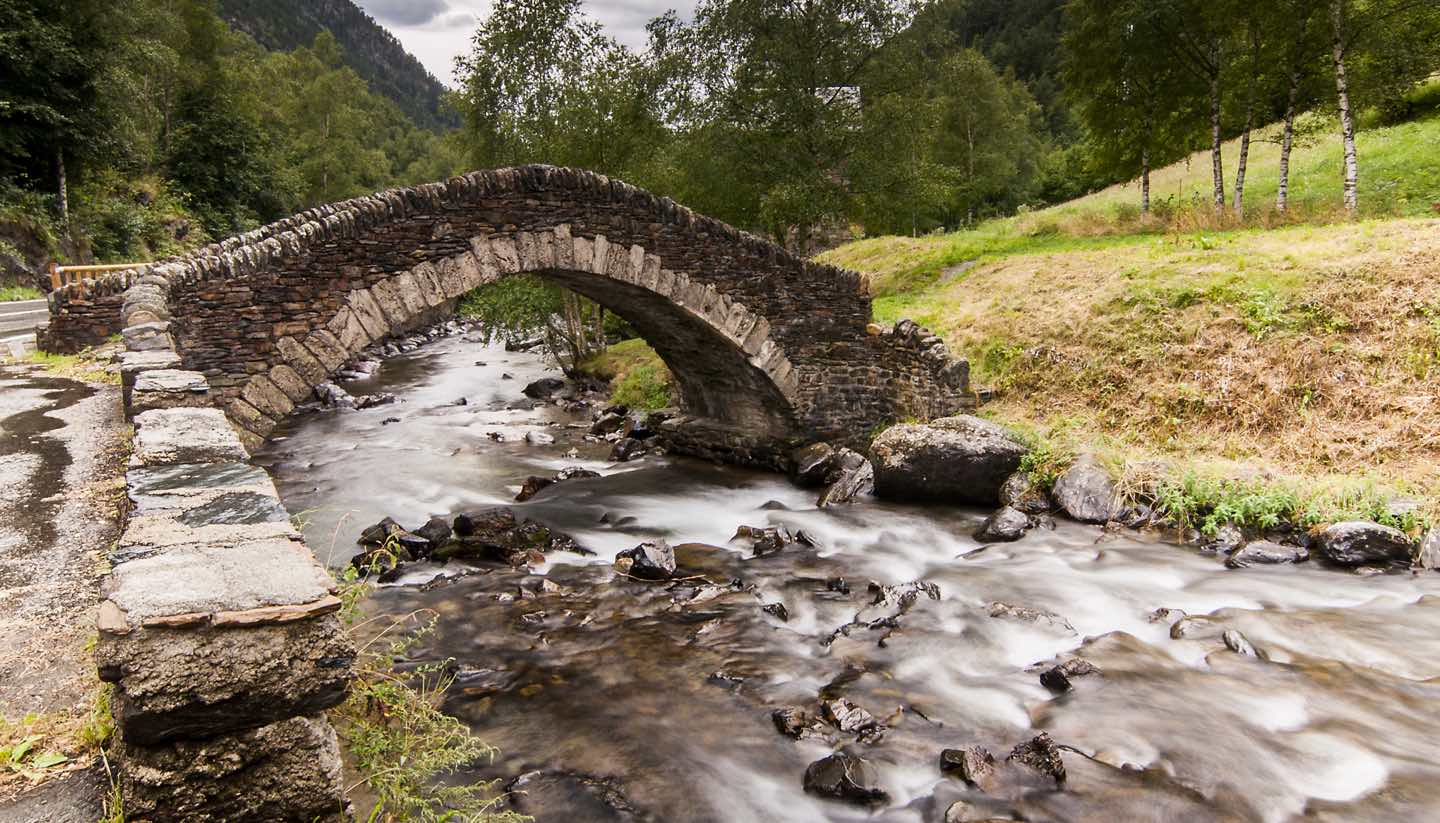 Things to see and do in Andorra

Bathe in the mountains at Escaldes-Engordany

Ever thought of bathing atop a mountain? Now you can in the spa town of Escaldes-Engordany, adjoining the capital. Enjoyed ever since Roman times, the natural hot springs here are perfect for soothing tired muscles after a day hiking or skiing. The town also boats some beautiful Romanesque architecture.

Explore the stone houses of Encamp

The small mountain town of Encamp is situated between the capital and the French frontier, and is a good base from which to begin hikes. Encamp is also well liked by tourists for its pretty stone houses and medieval church.

Andorra's wide-ranging shopping opportunities offer prices that are much cheaper than many Europeans can expect at home. Much of this has to do with the tiny state's anti-tax stance – although this has recently begun to be softened under pressure from the European Union. Apart from taking advantage of great deals, there are many traditional local products worth stocking up on such as wine, cheese and, if you smoke, tobacco, which is grown here.

Hike in the Pyrenees

Many visitors to Andorra come to hike in the mountains amongst tumbling rivers, far-reaching lakes and glorious countryside. Easier strolls include the Camí Ral d'Ordino in the La Cortinada parish, and Camí de les Pardines in Encamp. Just remember to wrap up warm – it's cold pretty much all-year-round.

Caldea is said to be the largest spa centre in Southern Europe. Treatments and facilities include high-pressure indoor and outdoor Jacuzzis, saunas, hammam, UVA cabins, massages and a whole programme of facial and body treatments. There's also a water bar and a night-time underwater music and light show.

Go skiing at one of Andorra's many resorts; the main centre is Soldeu, but other ski centres can be found at Pas de la Casa-Grau Roig, on the French frontier, and at Ordino-Arcalis and Arinsal-Pal, all north of Andorra la Vella. Try cross-country skiing in the resort of La Rabassa.

Take in the views at El Serrat

Of the many picturesque mountain villages in Andorra, El Serrat is perhaps the finest of all. Many stay here while hiking or skiing nearby, but the breath-taking views of the Pyrenees are worth it alone. The hamlet lies approximately 18km (11 miles) from Escaldes-Engordany, off the main road.

The striking Madriu Valley, which cuts through about a tenth of the principality with its jagged cliffs and dramatic glaciers, is a UNESCO World Heritage Site. As well as stunning views, the region abounds with traditional shepherd's cabins and quaint hamlets, which are the precious remains of an ancient Pyrenees farming culture.

Nestling in a picturesque valley, at the junction of two mountain streams, Andorra la Vella is the only town in this tiny principality, which, by default, makes it the capital. As well as being the head of government, this tiny town boasts several sights including a fine, 12th-century church and Casa de la Vall, the ancient seat of government.

Andorra is bursting with spectator sports despite its small size. Watch a game of football – Andorra has a national team and play sits little heart out against bigger teams, even if victories are rarely forthcoming (it currently stands fourth from bottom on FIFA's world rankings). Rugby and basketball are also popular, so are motorbike and car rallies.