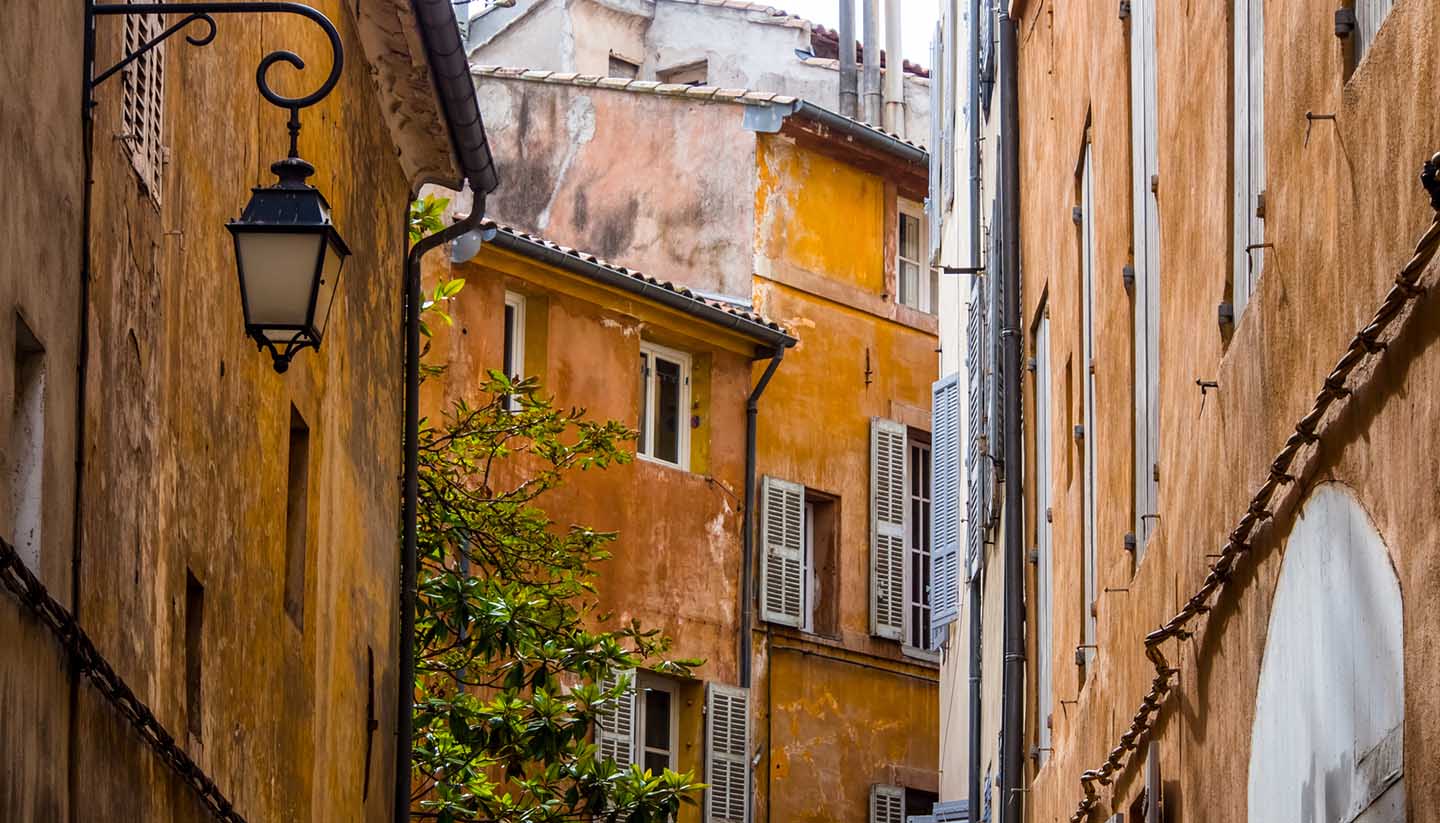 Known as is the city of a thousand fountains, it’s with blessed backdrop of breathtaking mountains and countryside, and is home to some fantastic gastronomy.

Thanks to its compact centre, this is a city that’s easily explored on foot. Head first to the main thoroughfare, Cours Mirabeau, a street lined with cafés, restaurants and elegant mansions, and shaded by rows of centuries-old plane trees. Sit down awhile at a terrace and watch life go by over a coffee.

Three of the city’s more notable fountains are located on Cours Mirabeau. There’s a 19th-century work depicting King René holding the Muscat grapes he introduced to Provence in the 15th century; a natural hot spring covered in moss, dating back to Roman times; and the 1860 La Rotonde, beneath three giant statues representing art, justice and agriculture. But the most spectacular fountain of all is the 17th-century Fontaine des Quatre Dauphins (Fountain of the Four Dolphins) in the Quartier Mazarin.

People have been flocking to Aix since Roman times to benefit from the restorative properties of its thermal waters. Past visitors have included such luminaries as Winston Churchill and Pablo Picasso. Today, the main draw for spa lovers is Thermes Sextius, in the heart of the old town, a modern bathing complex offering various therapies.

In terms of art, Aix is inextricably linked with Paul Cézanne, the 19th-century post-impressionist painter who was born and schooled here. Throughout his life he was inspired by the nearby Sainte-Victoire mountains, which feature in many of this works. Today, you can pay homage by visiting his studio on the town’s northern outskirts.

Aix is also a centre for the arts. Numerous festivals take place year-round, the two most famous being Musique dans la Rue, and Festival d’Aix-en-Provence.

Compact, well-preserved, and bathed in sunshine for much of the year, Aix makes an ideal base for exploring the delights of Provence.

Just a few minutes' walk from the Grand Théâtre is this sleek, contemporary five-star hotel with a Michelin-starred restaurant and a spa with an indoor pool and a gym. Its 133 stylish rooms have breezy modern décor, and the garden terrace is a wonderfully relaxing spot for a cocktail.

This gorgeous 18th-century Provençal bastide (country house) has 44 rooms and suites, beautiful gardens and an outdoor swimming pool. Just to the south of Aix, this five-star hotel is within easy walking distance of Cours Mirabeau. There is also a renowned restaurant, a stylish lounge club plus a hammam and fitness area.

Located in the north of the city, this elegant and peaceful 17th-century Provençal house features a romantic restaurant, a lavish terrace and a swimming pool. The hotel has 22 rooms and suites overlooking a lavender-scented garden, all of them sumptuously decorated in rich fabrics. It's one place worth splashing out on.

In a quiet street close to Musée Granet, this two-star hotel is full of old-world elegance. Its traditional décor is all florals and vintage furnishings, which perfectly suit this venerable 18th-century building. Some have original fireplaces and balconies, and the suites come with kitchenettes.

This tranquil hotel is a stone's throw from the Cours Mirabeau. Housed within the walls of an ancient convent, it is a happy blend of history, architecture and modernity, with 28 individually decorated rooms. If you want to splash out, two of the rooms are loft style and have private terraces.

In a convenient location in central Aix-en-Provence, four-star Hotel Aquabella is within walking distance of the Saint-Sauveur Cathedral. The large gardens include a remnant of the old Roman walls by the side of the swimming pool. There's also a spa, a poolside bar/grill and a chilled-out restaurant and bar.