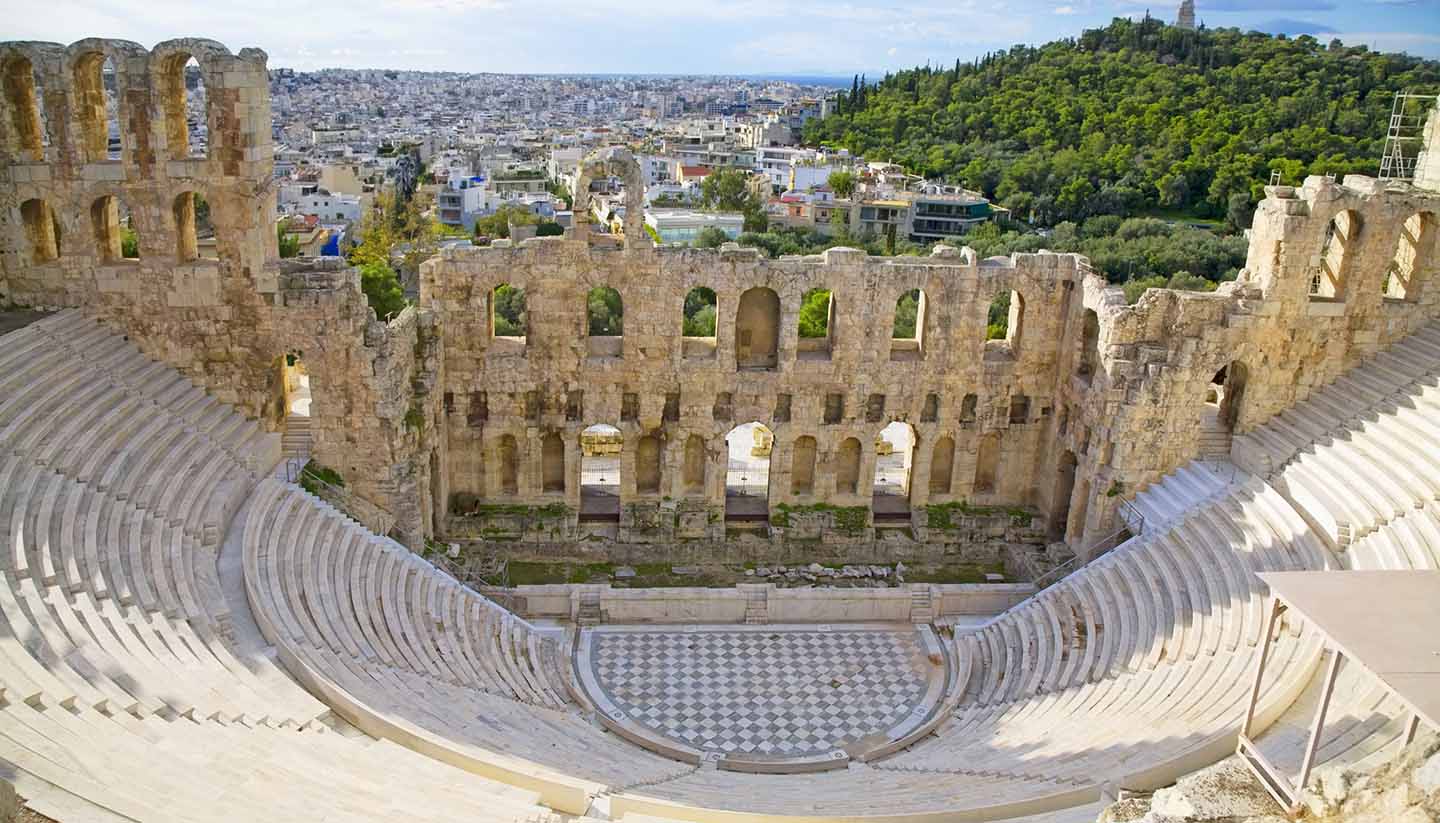 Greece may be undergoing a difficult period with billions of euros in debt, but Athens will forever remain a European centre of culture, with stunning classical sites and world-class museums.

While the suffering the economic crisis has brought shouldn’t be ignored, visitors may be surprised to find that the city’s restaurants and bars remain busy. Meanwhile, terrific deals can be found – with every cent helping locals.

The city is named after Athena, the goddess of wisdom, who is celebrated by an ancient temple on the Acropolis, rising proudly above the concrete jungle of modern Athens. It reached its heyday in 5th century BCE as a city state, when many of the icons of Ancient Greece were erected.

It was here that democracy was born, drama flourished and Socrates conceived the foundations of Western philosophy.

A UNESCO World Heritage site, the Acropolis is crowned with four ancient Greek temples, the best known of which is the majestic Parthenon. Nearby, the Acropolis Museum brings 21st-century design into the Greek urban landscape with its high-tech structure and minimalist exhibitions spaces. Then there’s the more staid 19th-century neo-classical National Archaeological Museum, displaying the world’s finest collection of Ancient Greek artefacts.

Below the Acropolis, touristy Plaka merges into the flea-market-strewn Monastiraki, which in turn is linked by the busy shopping avenue of Ermou Street to Syntagma Square, home of the Greek Parliament – the site of countless popular protests since the economic crisis.

West of Monastiraki lies Psiri, full of bars and taverns, and further west still, the trendy post-industrial neighbourhood of Gazi, known for its nightlife.

Greek food is loved across the world, and whether its gyros or moussaka you want, there are plenty of eateries to choose from. Venture out of the centre to find more varied fare, and more creative restaurants.

After dining, there’s the insatiable nightlife, with chic cocktail bars and waterside dance clubs. With so much fun to be had, and a blissful Mediterranean climate that extends into the night and through most of the year, you’ll wonder what there ever was to worry about it.

The refurbished Hilton Hotel is modern, smart and popular with business travellers. It has 517 rooms (guest rooms, accessible rooms, executive rooms and suites) all with wooden floors, minimalist furniture and balconies. A small supplement is payable for rooms with Acropolis views. The impressive facilities include four restaurants, three bars, an outdoor pool, a luxurious spa with an indoor pool, plus a business centre.

In Plaka, the Electra Palace’s yellow neo-classical facade opens into a spacious marble lobby. The 122 rooms and suites all have wooden floors, Persian rugs, thick curtains and cotton duvets – the best ones offer a glimpse of the Acropolis. Up top, there’s a rooftop pool with wooden deck and sun beds, plus a small spa (pool, sauna, massage and gym) in the basement.

Perfectly located between Syntagma and Plaka, Hermes is noted for its extremely friendly and helpful staff. The 45 rooms all have wooden floors and white marble bathrooms, and some but not all have balconies. A plentiful buffet breakfast is served daily and the lounge does all-day free tea and coffee. Wi-Fi throughout. Syntagma Metro station is a 2 minute walk away.

Smack at the foot of the Acropolis and around the corner from the New Acropolis Museum, this classic hotel with a neoclassical façade is perfectly located for sightseeing. The rooms and suites are elegantly furnished, and the rooftop garden and restaurant gives unparalleled Acropolis views.

Fun and a little offbeat, this hotel is the artistic creation of Brazilian designers Humberto and Fernando Campana. The 79 rooms and suites have recycled furniture, bamboo wood floors, and slick bathrooms stocked with Kiehl's products. The all-day bar-restaurant does an excellent breakfast and the New Sense spa offers health and beauty treatments.

The Hotel Grande Bretagne is the city's oldest and most prestigious hotel, having opened in 1874 and hosted royalty, heads of state, film stars and rock gods. As you’d expect, the sophisticated rooms feature antiques and marble bathrooms, and suites include 24-hour butler service; there are 3 restaurants, one on the rooftop with an Acropolis view, plus a rooftop pool.