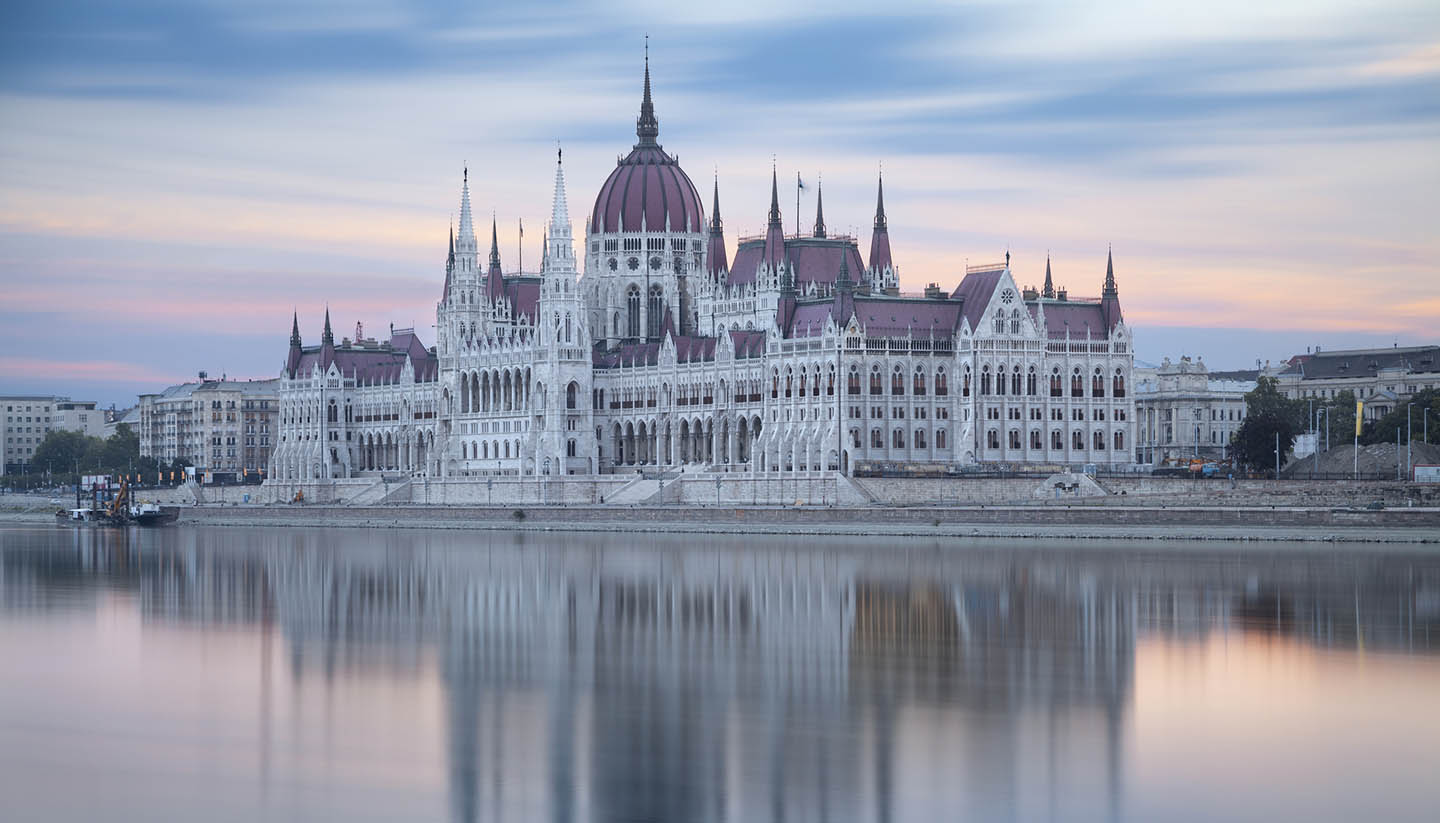 Budapest has a grand history in music, ranging from operas to folk songs. Today, however, you’re just as likely to find techno clubs or live rock music: new clubs and music venues are constantly sprouting up all over Budapest especially around VII Liszt Ferenc tér and IX Ráday utca. Borozós are cheap wine cellars, where it is rare to see women, especially unaccompanied. Sörözös are beer houses that also serve good and moderately priced food.

The best sources for nightlife and cultural listings is The Budapest Sun (www.budapestsun.com),. You can buy tickets for most cultural and sporting events from TEX Ticket Express, I Déli pályaudvar, VI Andrássy út 18, and other locations, or order online at www.tex.hu.

This Ruin Pub is located in the basement of the former Culture Centre. Its vaulted ceiling and air vent tubing are overgrown with a jungle of plants, while its walls are daubed in graffiti. As well as the usual eclectic mix of furniture, Filter Klub offers table football, reasonably priced drinks and regular live music.

Probably the most famous of Budapest’s Ruin Pubs (bars that open in disused buildings that are usually decorated with an eclectic mix of second hand furniture), Szimpla Kert is something of a cult with both tourists and locals. Found in an old tenement house, customers that explore its labyrinth of corridors will find each room is adorned to a different theme. Helpfully, it also offers a good selection of drinks.

A little lick of Latin America can be found down by the banks of the Danube in the form of Café del Rio – a hugely popular, palm tree-filled club. Thousands of trendy young Hungarians turn up to watch big name international DJs spin tunes until the early hours each weekend with salsa the order of the day on Tuesdays.

With the emphasis on electronic music, Corvintető bags some of the coolest DJs from all around the world, who drop in for deep house, dubstep and drum n bass sessions. The club occupies the top floor of a former department store and its summertime roof terrace rewards those still dancing at dawn with a panorama of the city. The darker months are kept indoors with its bulb-filled ceilings, neon acid corridors and scuffed floors.

This perennially popular, democratically run institution in the heart of the city offers a wide range of musical styles, free wireless and nights that range from rock concerts and salsa to literary reading and art exhibitions. After nine years at the Cultural Center on Erzsébet Square, its new incarnation at Király útca comes with moveable walls so it can house a whole host of contemporary events, both large and small.

A38 is a Ukrainian stone-carrier barge that has been reincarnated as a floating club, art gallery, restaurant, bar and live music spot. It is one of Budapest’s trendiest venues and boasts a year-round programme of exhibitions, events and concerts. A recent revamp has given it an extra shine and with a plethora of live acts stepping aboard, it has also gained a reputation as one of Europe’s coolest music spaces.

The Old Man's Music Pub, although crowded, is one of the city's best live music hotspots. Local acts are the predominant draw here, with the odd international group thrown in for good measure. Performers tend to lean towards blues, rock and pop from 2100 to 2300, with a DJ taking over after that.

Bartók Memorial House is the former residence of the great composer and now a museum in his honour. In the early 20th century, Béla Bartók (1881-1945) and Zoltán Kodály (1882-1967) scoured the country to capture its vanishing folk songs. Their efforts have enriched today's vibrant Hungarian music scene. Events such as concerts, film presentations and talks are held regularly in the house and the garden is used for open-air concerts in the summer.

The Franz Liszt Music Academy, founded by the musical genius himself in 1875, is one of the most prestigious music schools in Hungary. The recent addition of an independent Folk Music Faculty has further enhanced its reputation. Concerts are held in both the Grand Hall and Chamber Hall of this art nouveau building, which aims to attract the world's leading musicians and performers. Its eclectic programme of concerts includes everything from classical, jazz and folk music to opera.

A multidisciplinary centre of contemporary arts housed in a former electrical transformer station, Trafó offers a varied programme of dance, music and theatre (in Hungarian only). Hosting performances that are at the cutting edge of the Budapest art scene, as well as many international productions, the programme is often varied with everything from experimental exhibitions to cultural concerts.

The Secret Theatre is a collaboration of directors, writers and actors keen to put on high-quality plays for English language speakers in Budapest. As an independent company, shows can range from original productions by new writers to classic curtain raisers. Venues vary depending on what the show dictates, but past performances have taken place in auditoriums, basements, clubs and other private spaces. Sign up for the newsletter on their website for updates.

Located on the banks of the Danube, the Nemzeti Szinhaz (National Theatre) is the city's largest centre for theatrical productions. It mainly showcases Hungarian actors, writers and directors. Alongside classic shows, contemporary plays and adaptations of Hungarian literature are often found on the programme. Productions are in Hungarian, but for visitors that cannot speak the language, its garden and sculpture park are worth visiting too.

Opening in 2005, the Palace of Arts is Budapest's latest cultural centre, featuring two concert halls and the Ludwig Museum. Its breathtaking Béla Bartók National Concert Hall, which has an interior reminiscent of a Gothic cathedral, hosts orchestras and chamber shows, while the smaller Festival Theatre is used for dance, theatre and music productions. The Ludwig Museum displays a collection of contemporary art, both Hungarian and international.


Music and Dance in Budapest

This breathtaking neo-Renaissance building boasts an opulently decorated interior and some of the best acoustics in Europe. Opera season lasts from September to the end of June and most days includes several performances. In addition to the opera, this is the home of the Hungarian National Ballet, with supplementary orchestral concerts commonplace too. Guided tours are available in English.

Many hotels use the 'palace' moniker without justification, but not the Gresham. Built in 1906, this architectural delight is a masterpiece of art nouveau design, both inside and out. Many of the fittings, including Zsolany ceramics and a stained glass window by Miksa Róth, are original, while the rest were lovingly restored in 2004 when the palace received a glorious makeover. The Gresham has all the trappings of a 5-star Budapest hotel, including a fitness and wellness centre.

A relaxed saunter from Budapest's pedestrianised shopping area between Váci and Ráday street, the 4-star Mercure Budapest Korona Hotel has all the touches of comfort and quality expected from a chain of this stature. Generous-sized rooms come with air-conditioning, free Wi-Fi, satellite TV and tea and coffee making facilities, while a heated indoor swimming pool, sauna and masseuses are available too.

With 272 rooms to pick from, the Continental Hotel Zara isn't shy on size. Between the tall windows and chic, chocolate-coloured design of the sleeping quarters, it doesn't lack style either. All rooms have satellite TVs, soundproof windows and air-conditioning, with Continental Suites and Executive Rooms available for the extra extravagant explorer. The hotel's lavish restaurant and cool little café are worth checking out too, or swap both for a chilled beer on its rooftop garden. Its wellness centre should help with any hangovers or well-travelled legs.

Originally built as the residence of Count Nándor Zichy, a 19th century nobleman, the hotel that shares his surname now has ample space for 80, well-proportioned rooms. Held in Pest's palace quarter, the modern simplistic style of the bedrooms has everything the modern traveller could desire from satellite TV and soundproof windows to internet access and large, laptop-sized safes. The hotel also has a gym, sauna and concierge service.

With unparalleled panoramas across the mighty Danube, the Sofitel Budapest Chain Bridge is a hotel that's all about the details. While location may be its first selling point, through its doors it offers a terrace bar, chintzy cocktails and a tinkling pianist in the Bibliotek Lounge. The centrally-located spot also has a serene spa and gives visitors the choice of 301 soft linen sleeping chambers with marble bath tubs, flatscreen TVs and free Wi-Fi in most rooms.

As new boutique hotels carry on cropping up around the Hungarian capital city, the minimal décor of Hotel Parliament continues to stand out. With 64 double rooms to decide on, each comes with air-conditioning, soundproof windows, Wi-Fi and satellite TV. Its lobby, wellness retreat and onsite Htel Bar are more modern in design with their sharply-coloured sofas, chandeliers and sleek simplicity, while its Parliament Suite is suited to those on longer sojourns.