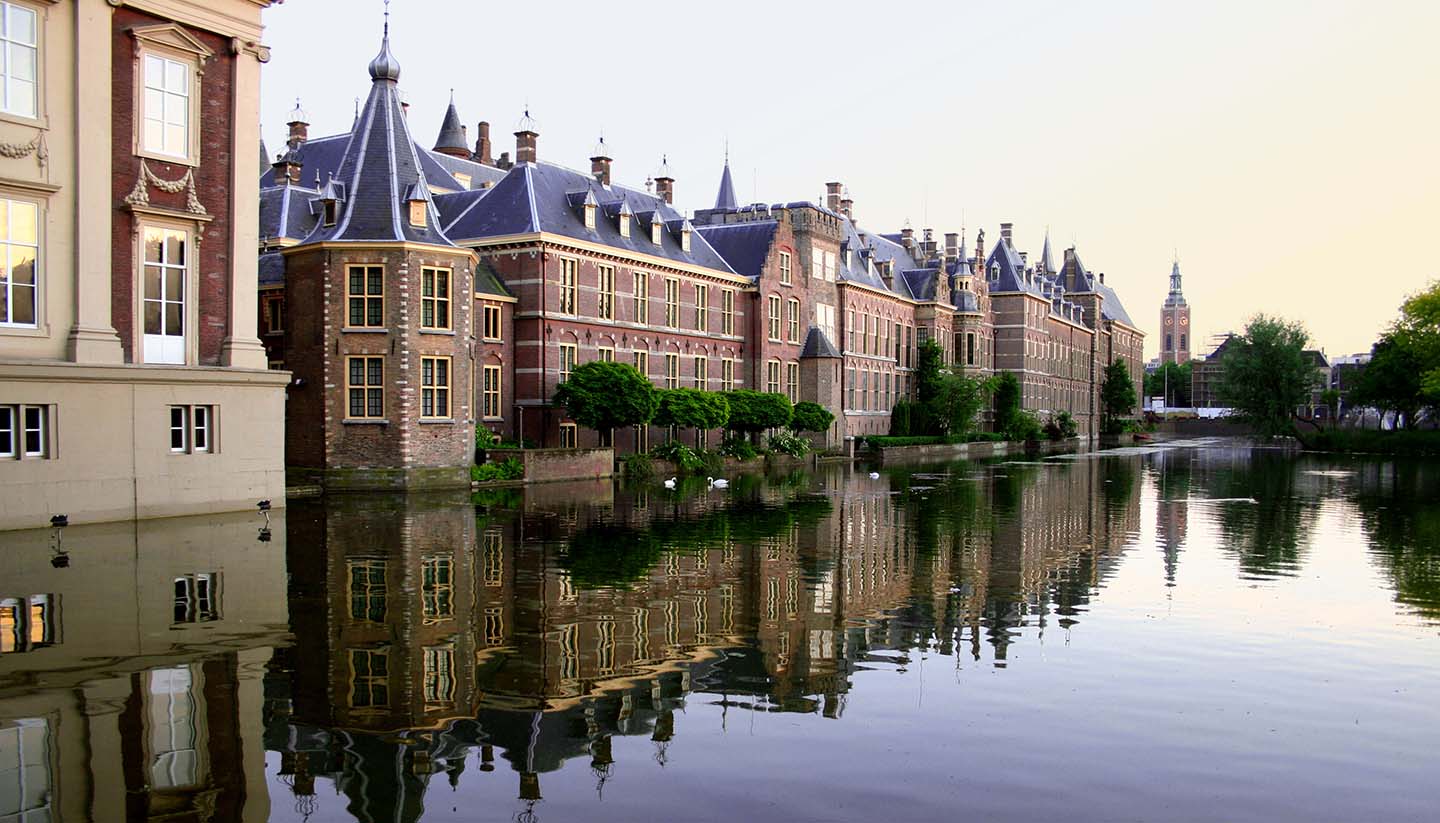 the IDs1503Rotterdam The Hague Airport
Places in The Hague

Amsterdam may be the Netherlands' commercial (and party) capital, but The Hague is its majestic, airy cousin and a city that’s long been fit for a king.

As the Netherlands’ seat of government and home to the largest of the Dutch royal palaces, the porticoed and colonnaded Noordeinde, The Hague is awash with classical facades and dotted with monuments.

Where governance resides, gourmet food ultimately follows and the city has a wealth of wonderful restaurants and petite cafés to win over even the fussiest palate.

Neatness and a slower pace of life is all part of the city’s charm, although behind the doors of the Binnenhof, the Netherlands’ answer to the White House, things get a little more frenetic.

Unsurprisingly for a city built around governance, the Binnenhof is considered the heart of The Hague. The gorgeous 13th-century palace complex is surrounded by a series of open plazas, among them the vast Het Plein and the busy Grote Markt.

This all backs on to the Buitenhof, another airy plaza that leads onto a 19th century covered shopping area known as Der Passage, which boasts an array of expensive boutiques.

However, historic architecture is never far away and the city boasts no fewer than four royal palaces, one of which is now a museum. This is the Lange Voorhout Palace, now home to a gallery dedicated to the work of graphic artist genius M.C. Escher.

That, if nothing else, is enough to prove that for all the government bureaucracy and international criminal courts associated with the city, there’s more to The Hague than history and law.

The gleaming towers that house the International Criminal Court suggest a willingness to look forward, while the stunning beaches of Scheveningen and Kijkduin tell of a city that isn’t afraid to shake off the shackles of work.

Housed in a 19th-century mansion house, this is the 5-star hangout of visiting pop stars and diplomats, with marble columns everywhere and fin de siècle furnishings in abundance. There's also a jet-stream pool and a sauna. Even if you don't stay here, it's worth popping in for afternoon tea to soak up the exquisite surrounds.

One of The Hague’s 4-star properties, this Novotel is located in the Haagse Passage historic shopping arcade, opposite the Binnenhof, and is close to all the major museums and shopping streets. Parts of the building were a former cinema, although you’ll have to look hard to spot that today. Still, its interior is true to the Novotel style and standard.

The small boutique hotel has 20 uniquely decorated rooms, each containing mock Louis XVI style furniture and plush fabric commissioned by French designer Pierre Frey. Try and book a room at the back as they have views overlooking the Noordeinde Palace, one of several Dutch royal residences.

This comfortable, modern chain hotel in the city centre has light airy rooms, an attractive designer bar and Wi-Fi access. Ibis hotels have a fixed formula the world over: clean, modern and cosy – but fairly basic. Still, it's ideal for those on a budget.

This lovely, medium-sized art deco hotel blends modern and classical touches. It is famous for its Garden Room, which has views into the royal palace grounds, but its own patio and manicured lawn is just as nice. It may be centrally located, but it’s quiet and the facilities are first rate. Try and book a rooms will a small terrace.

This magnificent fin-de-siècle beachside hotel, once patronised by European monarchy, is a Scheveningen icon, with refined and modern comforts including a spa. Eat at its grand restaurant, a former late 19th-century concert hall with stained glass cupola. The building is nothing short of palatial, a reminder of times now past.