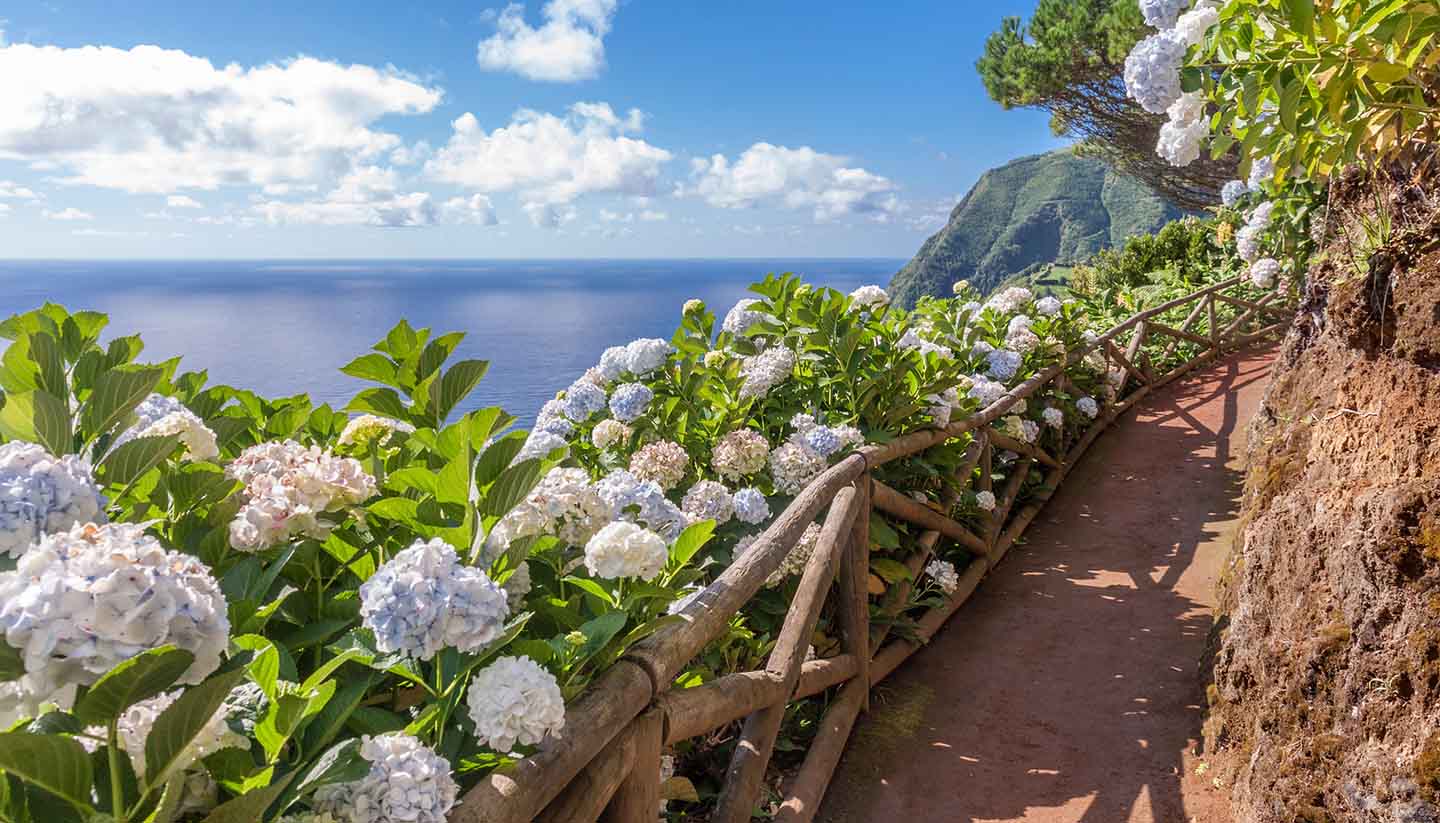 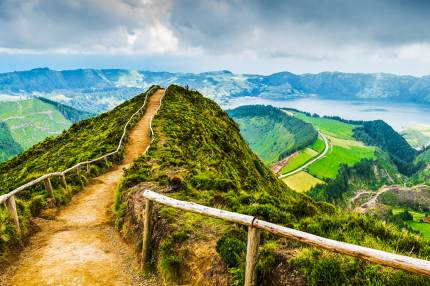 the IDs5175Ponta Delgada
Places in Azores

For more than 500 years, the Azores, an archipelago of nine widely dispersed islands floating in the middle of the Atlantic Ocean, have remained almost completely unspoiled and largely unvisited, mainly on account of their remoteness.

Volcanic in origin, these dramatic islands are pitted with deep craters, filled with shimmering lakes and covered with lush vegetation. Geysers and health-giving sulphur springs abound. For outdoorsy types, they are a joy to discover.

In contrast to the Azores Islands’ natural beauty are the large tracts of arable farmland, which are peppered with tiny settlements of whitewashed houses. Here you will see gently sloping hillsides planted with vineyards and fruit trees that are tended to by the archipelago’s hardy inhabitants.

Coastlines in the Azores tend to be rugged and somewhat forbidding – this is not exactly a beach destination – but there are plenty of bays and rocky inlets for swimming and sunbathing. Watersports are widely available, with a particular emphasis on scuba-diving, whale watching and yachting.

The Azores Islands are, sadly, a secret no more. Improved air links with Portugal, which claims sovereignty over the archipelago, and the rest of Europe are bringing more adventure-seeking tourists to the islands. Not that an increase in visitor numbers will diminish the charms of this destination, whose natural wonders tempt many back for a return trip.

A Portguese autonomous region since 1976.