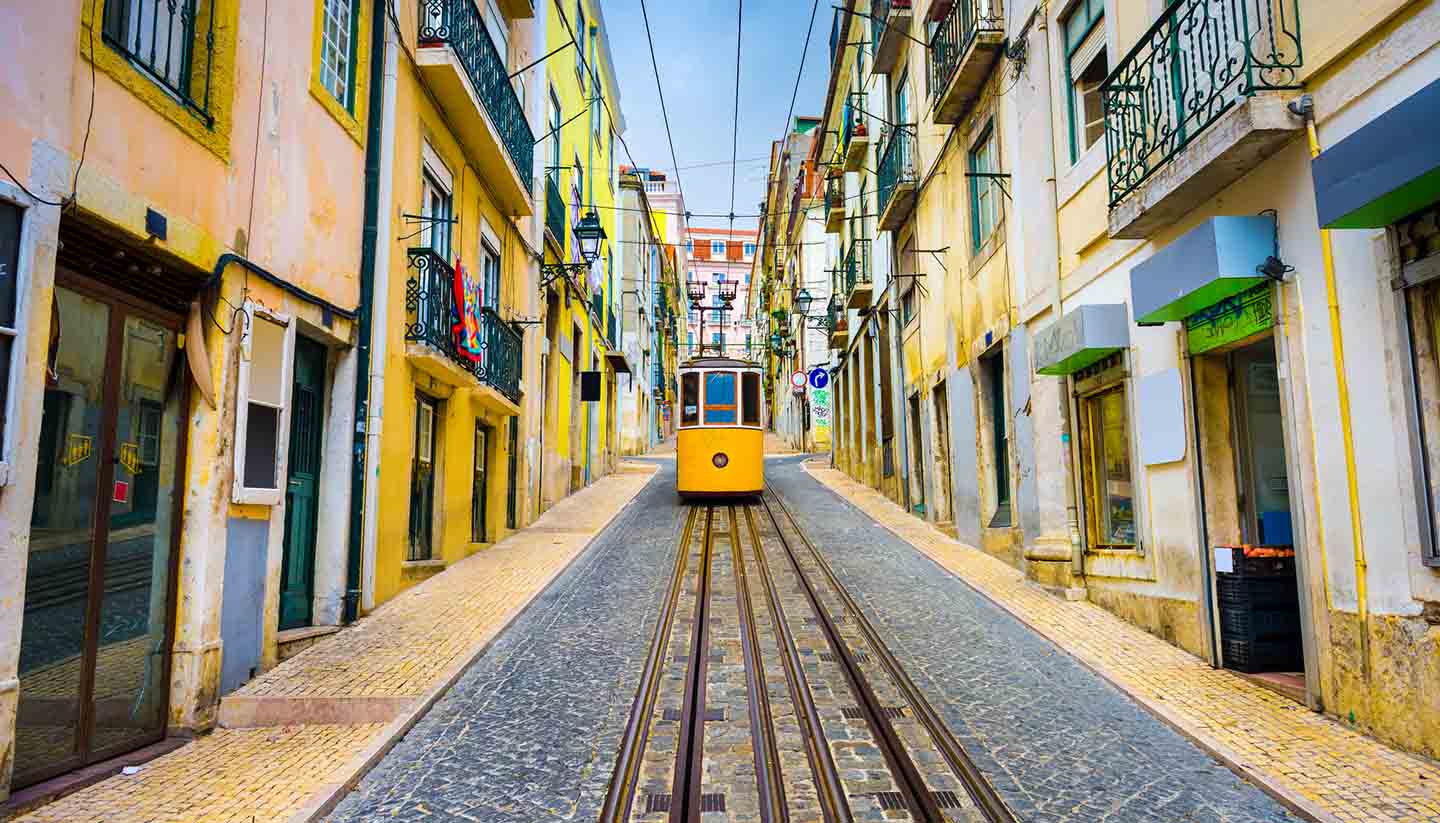 One of the few European capitals with a river and coastline, the maritime voyages of discovery turned Portugal’s largest city into one of the world’s great ports and the centre of an empire stretching from Brazil in the west to India in the east. As a result Lisbon is steeped in history, but also combines tradition and culture with the excitement of a modern, cosmopolitan city.

Boasting a superb setting, the Portuguese capital is built on seven hills around the banks for the River Tagus and is at its best on summer evenings, when pavement cafés and riverside restaurants bustle with life.

Europe’s second oldest capital (after Athens) has survived many twists and turns in its history, including a devastating earthquake that flattened many buildings in the 18th century.

Culture buffs can explore the city’s past by riding on vintage trams, or by visiting its historic bairros (neighbourhoods), such as the labyrinthine Alfama, elegant Baixa, or the cultural beacon, Chiado.

A walk down to the waterfront – one of the world’s great natural harbours – will serve as a reminder why this formidable city has attracted civilizations from the Phoenicians and Celts to the Romans and Moors. And Belém presents an opportunity to learn about and celebrate the country’s famous explorers, who departed from here during the Golden Age of discovery.

The most recent threat to Lisbon’s existence was not physical, but financial. The global economic crises hit Portugal hard, leaving it in need of bailouts from the ECB and the IMF. But the city has seen worse, and is bouncing back yet again.

Alongside the older attractions, newer sights such as Parque das Nações, on the redeveloped site of the 1998 World Expo, draw visitors in their droves. It is also home to Lisbon Oceanarium, the largest indoor aquarium in Europe and one of the largest in the world.

Meanwhile, new high–end restaurants are opening all the time. One of the nation’s culinary heroes, award-winning chef José Avillez, now has eight outlets across the city, while a collection of attractive clubs and bars along the riverfront are all signs of a new optimism.

Friendly, diverse, and dynamic, and with a year-round mild climate, there’s no bad time to visit Lisbon.

Sleep with a clear mind and conscience at this Feng Shui designed spa hotel, a tranquil oasis close to Lisbon’s grand boulevard Avenida da Liberdade. Vegetarian, vegan and gluten-free choices are showcased on the Mediterranean menu and the environmentally-friendly hotel is built from sustainable materials and supports green projects around the globe.

The latest hotel in Lisbon's three-strong Memmo stable blends contemporary style with traditional touches such as hand-painted tiles and hand-blown bedside lights in the 41 rooms. Guests can get their bearings on a free daily walking tour of the local area, including the leafy Principe Real gardens.

Long regarded as Lisbon's finest luxury hotel, the Olissippo Lapa Palace boasts spacious bedrooms with huge bathrooms and splendid beds, all elegantly presented and traditionally styled. Set among sub-tropical gardens, it has indoor and outdoor pools as well as a spa, making it feel like a resort in the city centre.

Right in the centre of the city, charming Residencial Florescente makes the most of its former townhouse pedigree with lovely, individually decorated rooms that let in plenty of light. Each comes with a flatscreen TVs, free Wi-Fi and private bathrooms, while the onsite restaurant punches above its weight as well.

This quirky hotel offers rooms inspired by 1950s cinema, some of which have terraces. Its crowning jewel is the retro-themed Great American Disaster Restaurant offering a diner-style vinyl booths and a global menu. Close to the shopping and entertainment district of Bairro Alto, it's also a saunter from the historical neighbourhood of Alfama.

Located in the central district of Chiado, with views of the Tagus River, this budget hotel offers 96 simple rooms that are both comfortable and clean. All rooms come with air-conditioning, TVs and free Wi-Fi. You'd be hard pushed to find somewhere bettered placed for the Museum of Chiado and Bairro Alto too.