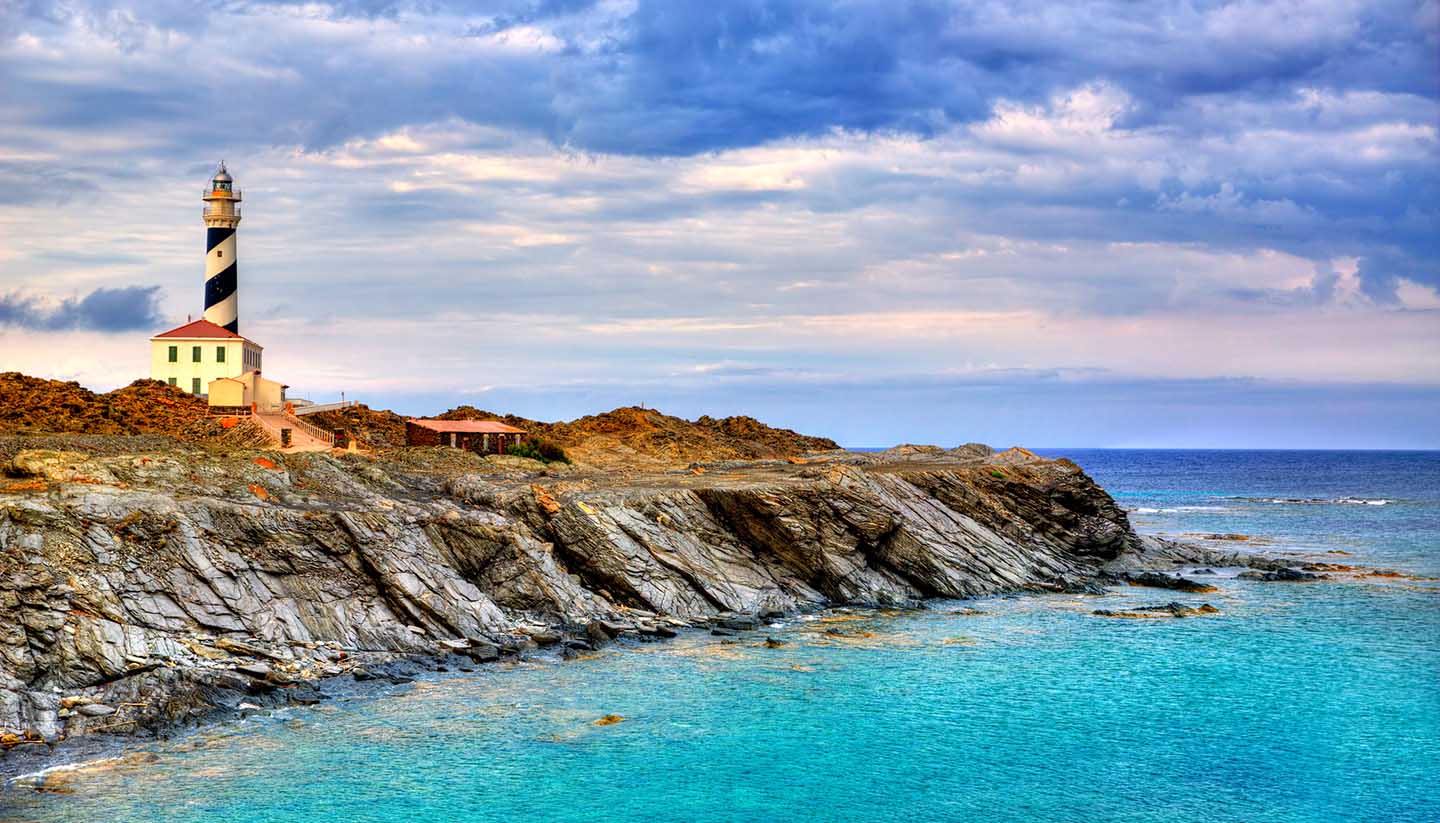 The island enjoys a temperate, Mediterranean climate. The maximum temperatures are not excessive, even in high summer, owing to the cooling influence of the sea. The climate during the winter is generally mild and dry with occasional showers. The shoulder seasons (April-May and September-October) are generally perfect to get the best of the weather and to avoid the crowds.

Light- to medium weights and rainwear, according to the season.

Menorca is largely flat and rural with its highest point, Monte Toro, at just 358m (1,174ft). Cliffs and a deep harbour mark the arrival of ships at Mahon but elsewhere the island is largely surrounded by small sandy coves and beaches.