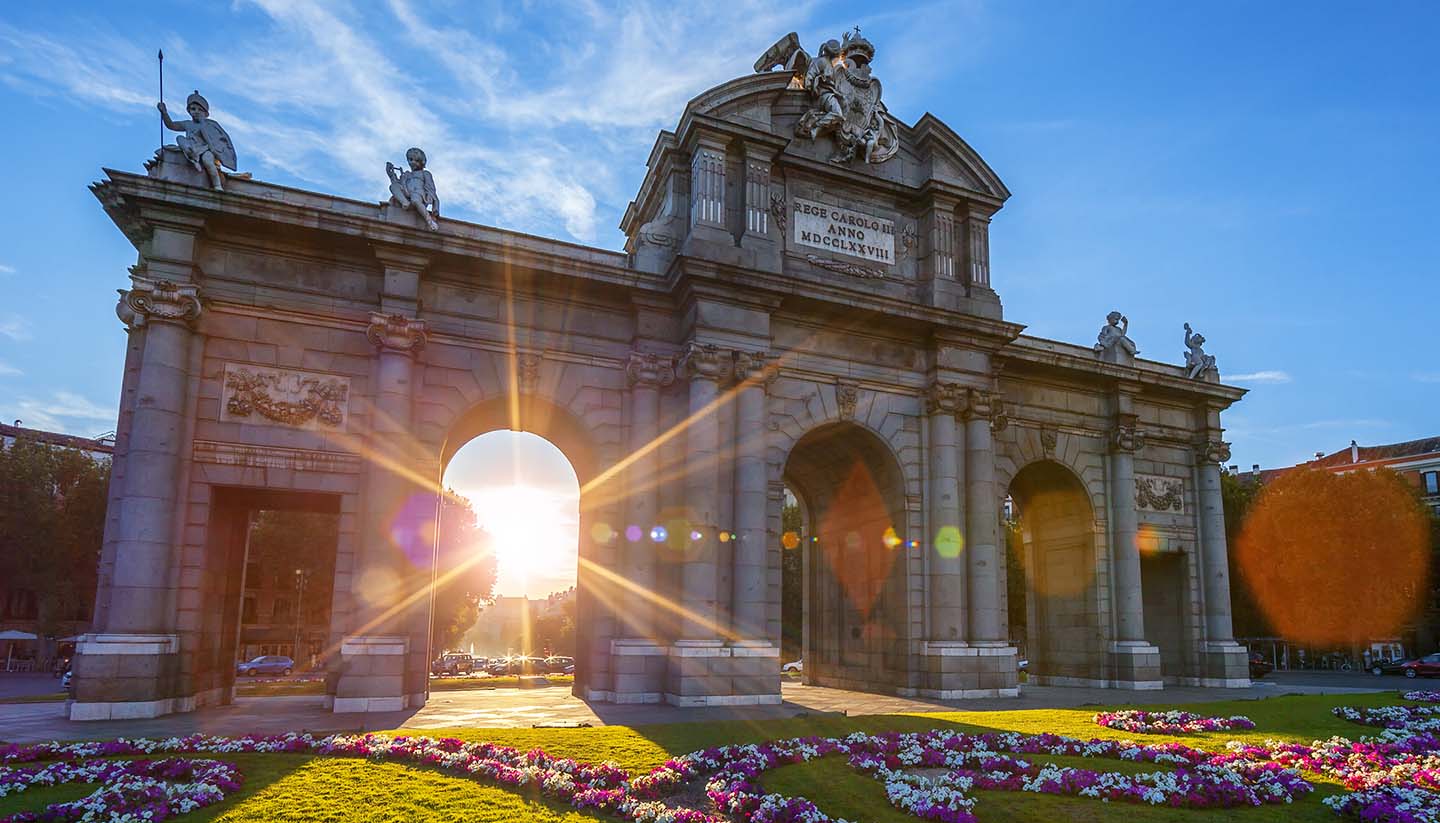 Energetic, cosmopolitan and creative, Madrid has all the features of a modern European capital. At the same time, the legacy of its rich and complex history (once the centre of the Spanish Empire and dominated by the Catholic monarchs) is visible everywhere. There’s the enormous cathedral, the Royal Palace, and countless historic buildings full of pomp and circumstance.

Apart from being Spain’s financial and political hub, Madrid is an art haven, especially within the city’s Golden Triangle of Art. The Prado features Spanish greats; modern art can be found in Reina Sofía; and the Thyssen-Bornemisza hosts world-class exhibitions.

There are also plenty of contrasts, from the labyrinthine streets of the medieval quarter to the wide boulevards of the 18th and 19th centuries. Meanwhile, downtown barrios have transformed in recent years, with boutiques, bars and galleries popping up. Take a drink here on one of the outdoor terraces and watch the world go by.

Tourists tend to stick to the central area between the Palacio Real and the Puerta del Sol, but each of Madrid’s neighbourhoods is distinctive – Lavapiés, Malasaña and Chueca being the most hip. At the northern end of Paseo de la Castellana are the ‘leaning towers’ of the Puerta de Europa, while down from the Plaza Mayor is the district of La Latina, where hip new cafés sit alongside traditional bars.

When it comes to nightlife, the city boasts the largest number of bars per capita in Europe, with Madrileños known to party ’til dawn. Apart from the superb tapas joints and clubs, there are thrilling flamenco shows to be found in the centre.

When you want to escape the urban bustle, the expansive El Retiro park offers a peaceful retreat with shaded woods and a glassy lake. Otherwise, head to Madrid Río, a 10km-long (6 miles) spread of pedestrian and biking paths complete with an orchard, historical monuments and even its own beach. The project has rejuvenated the riverfront and shown what can be done in spite of Spain’s economic difficulties. Madrid is a city looking forwards, with new ideas and renewed spirit.

This small luxury Madrid hotel, part of the Marriott Autograph Collection, is situated in a leafy corner of the historic Chamberí neighbourhood and is housed in a 19th-century palace that once served as an embassy. It has been reconstructed in a tasteful combination of neoclassical and avant-garde styles. The lounges, ornamented with stucco mouldings, mirrors and fluted pilasters, evoke the refinement of a bygone age and are the perfect setting for entertaining clients. Other facilities include business services, six conference rooms (occupying the former ballrooms), interpreting services, multilingual staff, an indoor swimming pool and a fitness centre.

It’s not just the location that makes this a great value hotel, although being a stone’s throw from Plaza Santa Ana and Plaza del Angel doesn’t hurt. The building is a lovely 1920s throwback, and the rooms are bright and airy, with high ceilings. Many hotels are charging much more for way less. One of the best cheap hotels in Madrid.

Located close to the Gran Via, this Madrid hotel can truly boast 'all mod cons'. Part of the state-of-the-art High Tech hotel chain, its 58 boutique rooms are full of electronic knobs and whistles, including a flat screen TV and a hydro-massage shower. That doesn't impinge on comfort levels, though, and the red and black décor gives it a classy feel.

The location is one of the main attractions of this 170-room boutique hotel in Madrid, opposite Goya Metro station in the upmarket Salamanca district, 1km (0.6 miles) from Retiro Park and the chic shops of Calle Serrano. There are a few forays into the realm of luxury service, with a pillow menu and a book delivery service. The restaurant serves creative Mediterranean dishes.

Less than 10 minutes from the centre of town by metro (Iglesia or Bilbao), the Trafalgar is a modern hotel that is popular with both tourists and businesspeople. It lies in a residential neighbourhood, well provided with shops, restaurants and other amenities. The 48 en-suite rooms, while unexceptional, are air-conditioned and have direct-dial telephones and TV. There is also a laundry service and currency exchange. The English-speaking staff are friendly and helpful.

One of the popular cheap options in Madrid’s Puerta de Alcalá area, Hotel Paris' 120 rooms are surprisingly spacious, decorated in classic style – this was one of the first luxury hotels in Madrid at the start of the 20th century. It was only when the Ritz was established in 1910 that it was relegated to a more modest category. Its main attraction is its location, right on the Puerta del Sol, with the main cultural stops right on its doorstep.