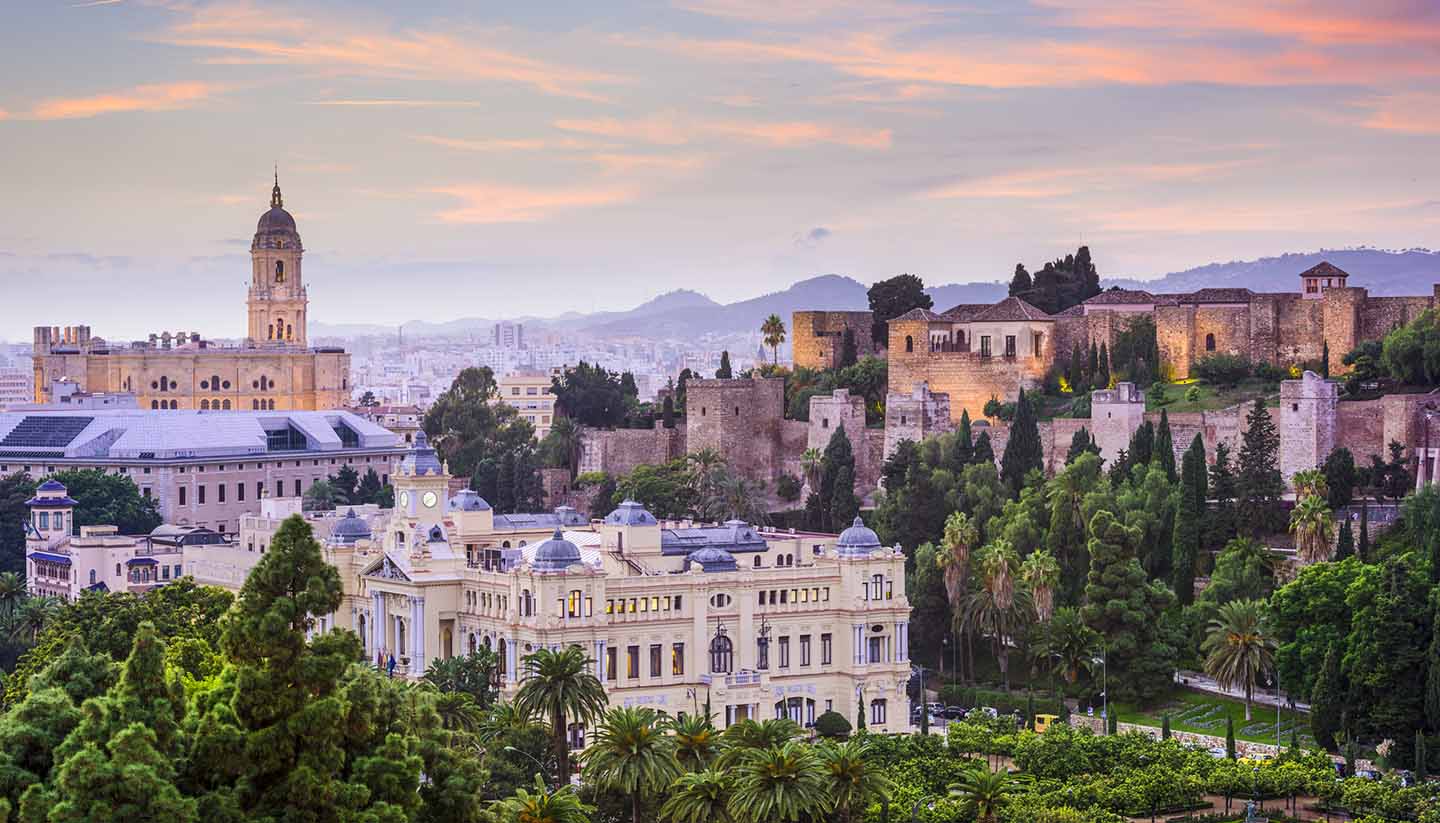 The birthplace of Picasso is home to historic fortresses, great beaches and a thriving tapas scene, so it’s little wonder that Malaga is the Costa del Sol’s shining, understated gem.

To say Malaga is overlooked is something of an understatement. But as one of Spain’s liveliest, most enticing cities, it couldn’t be more different from the Costa del Sol resorts nearby, where English is the lingua franca and all-day breakfasts displace traditional tortillas.

The Picasso Museum is Malaga's major draw but the city’s museums are numerous and history lurks in every corner with the ruins of the Roman Theatre and the wonderful Alcazaba fortress. In fact, with about 30 museums Malaga is the museums capital of Spain. Higher up, Gibralfaro Castle offers pristine examples of Moorish, Roman and Christian architecture.

Plaza de la Constitucion remains the heart of the old town, constantly criss-crossed by locals heading to a web of narrow pedestrian lanes. Stroll along Calle Larios, Malaga’s glitzy shopping street, using the soaring Cathedral as your guide - its single tower is a distinct landmark on the skyline.

It’s a city in transition too. Between the port and Malaga’s Contemporary Art Centre is the revived neighbourhood of Soho. New bars, restaurants, micro-breweries, shops and street markets give it an alternative vibe.

When it comes to food, Malaga comes into its own. From gastrobars and experimental fine-dining to traditional tapas and casual chiringuitos (beach bars), there’s no getting away from great plates. Wash it all down with some local Moscatel or vino dulce (sweet wine).

At night, there’s no shortage of bars, clubs or live music. Spaniards play late, so many shows begin at midnight, but if that’s not your scene, there’s always a bar selling churros (fried doughnuts) and hot chocolate too.

It often surprises first-timers that Malaga is more than a gateway to the Costa del Sol, but for those in the know, it's a destination to return to over and over again.

Right on pedestrianised Calle Larios, in the heart of Málaga, this rebranded hotel, part of a chain of hotels around the world, has a light, stylish contemporary feel with spacious rooms, free Wi-Fi and an impressive roof terrace with a late night bar. Breakfast is served until a civilized midday.

Originally opened in 1926 by King Alfonso XIII, and at one time Malaga's law courts, this beautifully-restored hotel is set by the sea in the upmarket area of Caleta. The polished rooms have all the mod-cons; some have a Moorish theme or Mediterranean touches but only 25% have sea views. Amenities include a spa, a gym, a swimming pool and several restaurantsa.

Clean, cheap and central, this hotel occupies the 8th floor of an apartment building and has obliging owners and free Wi-Fi. What it lacks in modernity, it makes up in personality, and all rooms come with private bathrooms. The views over the bullring are nigh on unbeatable too.

Opposite the Cathedral, this 4-star hotel has elegant, contemporary rooms - the best have balconies and views of the Cathedral. Amenities include an outdoor garden-terrace serving tapas, a stunning rooftop pool with late night bar and a terrace grill restaurant.

Quite simply one of the finest hotels in Malaga, the Vincci Selección Posada del Patio encompasses the heart of the city with art, fashion and incredible fine dining at its core. The spacious rooms have mod-cons like LCD TVs, air-conditioning and floor to ceiling windows, as well as a rooftop plunge pool, a Mediterranean restaurant and a bar.

A short walk west of the centre, near the Alameda train station, this compact hotel only has 57 rooms but is modern and offers excellent value for money. Its sparkling cleanliness helps, but do try and get a room overlooking the River Guadalmedina.