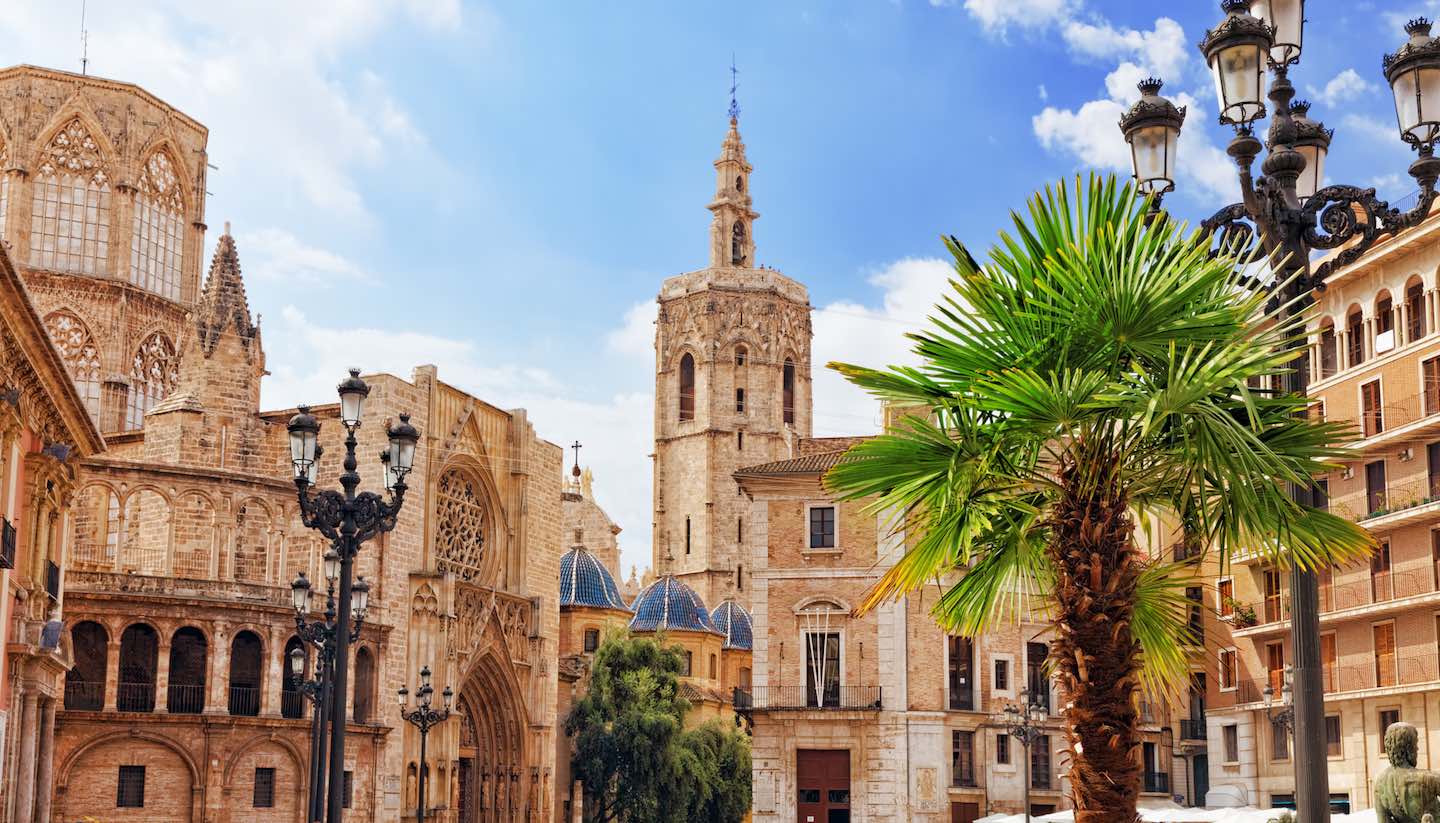 A short hop from the Costa Blanca resorts and the capital Madrid, Valencia has become one of the hippest travel destinations in Spain, and one of the hottest tickets in European tourism.

Being widely dubbed the ‘new Barcelona’ in recent years has placed a heavy burden of expectation on Valencia’s shoulders, but the city is brash, beautiful and confident enough to live up to the hype.

Its transformation from poor Catalan cousin to shining star has largely been down to one huge project, the modern architectural marvel that is La Ciudad de las Artes y las Ciencias (The City of Arts and Sciences), southeast of the main centre. This extraordinary complex of futuristic structures houses an eclectic range of attractions that include an oceanographic park, IMAX theatre, opera house, sports arena, and hands-on science museum.

The cobbled alleys of the historic old town are also full of sights, such as grand Plaza del Mercado, a marketplace where produce from all over the region is bought and sold. Then there’s the imposing gothic bulk of Valencia Cathedral, which legend claims is the final resting place of the Holy Grail. Moreover, you can climb to the top of its tower for a panoramic view. Also worth a look is the ornate Palacio del Marques de Dos Aguas, a beautiful 18th-century former palace that now houses the National Ceramics Museum.

Take time out to stroll through the ribbon-like Túria gardens, which follow the course of a former river, cutting a green swathe through the urban sprawl and connecting the old town to the City of Arts and Sciences and the coast. The original waterway was drained and re-routed after catastrophic flooding in 1957.

Spain’s third-largest metropolis doesn’t rest when the sun goes down either. By night the historic old quarter sets the scene for an exciting nightlife and dining scene. What’s more, it’s also just minutes away from the beach - ideal for chilling out the morning after.

A unique example of Valencia's architectural heritage, this boutique hotel is set in an elegant former palace that dates back to the 19th century. A contemporary, design-led interior patio offsets the classical nobility of the property's overall architectural style, and rooms and suites offer modern decor and amenities.