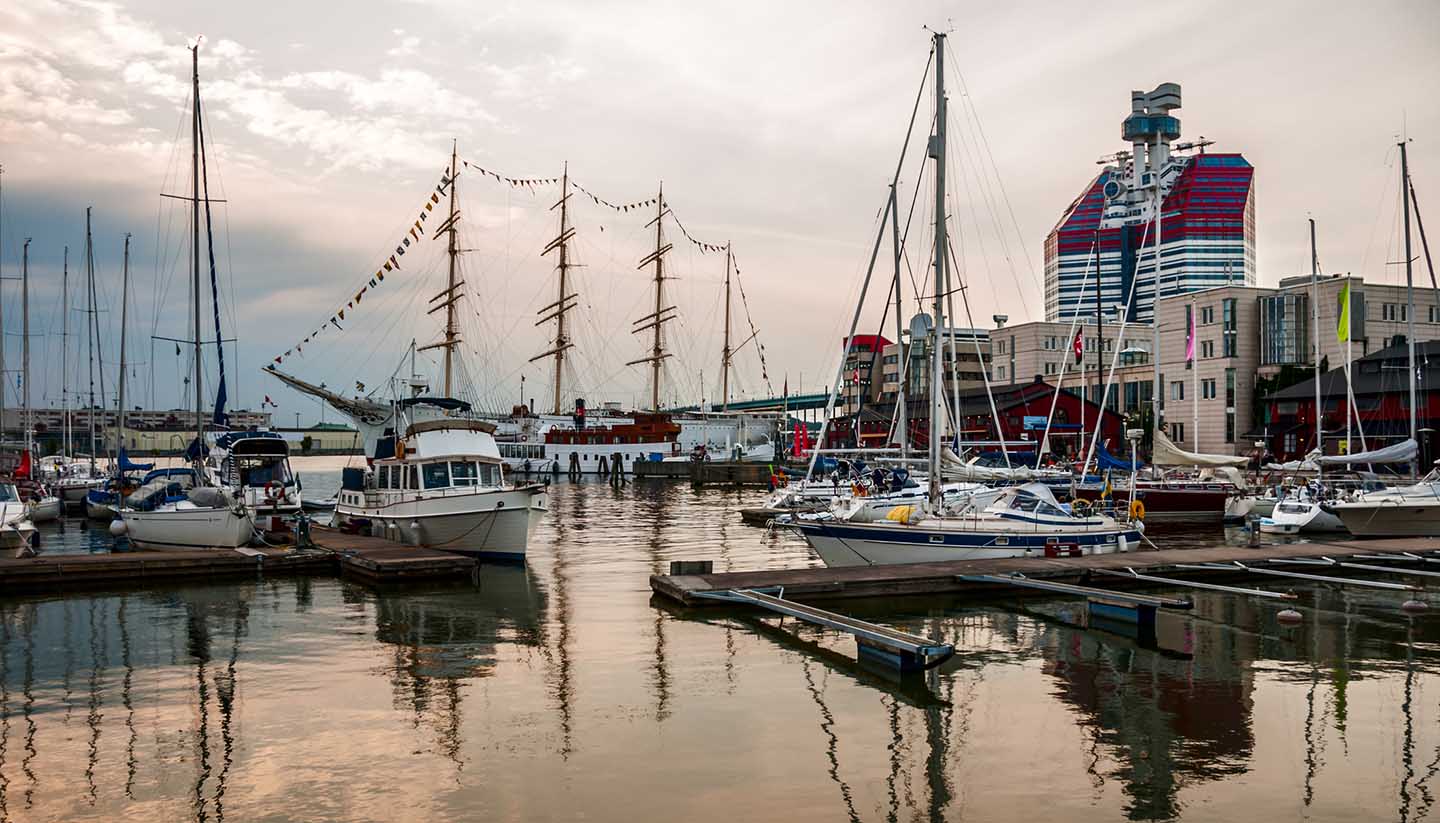 the IDs1544Gothenburg-Landvetter Airport
Places in Gothenburg

Despite its ancient-looking centre, Gothenburg was actually founded in 1603 by King Charles IX. His purpose was to create a jumping off point for wars with Denmark and Poland, with the city taking shape from the ruins of three failed mediaeval settlements and dominated by fortifications from the start.

Eight years after the city was christened Göteborg, it was ravaged by invading Danish forces during the Kalmar War. It wouldn’t be resurrected again until 1619, when King Gustav II Adolf gave the city its own charter and allowed it to govern itself.

Gothenburg steamed ahead, with the Swedish East India Company helping to turn the city into a thriving port fuelled by trade with China and the Far East. Its position was strengthened further when it refused to take part in Napoleon’s Continental Blockade, thus strengthening trade with the UK.

The city used the completion of the Göta Canal in 1832 to build on its reputation for shipping – something it still has today. It remains the busiest port in the Scandinavian region with over 10,000 vessels docking annually. More economic success came courtesy of Volvo, which set up factories in the city in 1927.

In the 1900s, it became the main point of departure for Scandinavian immigrants heading to the US, hence why a Gothenburg in Nebraska exists.

For all the industry, the city’s cultural life also flourished with Gothenburg becoming an important centre for the arts. This continued during WWII, helped along by an influx of refugees - among them the Jews of occupied Denmark, many of whom disembarked in Gothenburg.

Today, despite recessions, the Cold War and international turmoil, the city remains an important trading hub with the centre appearing little changed from its earliest days.

The biggest change recently has been to its name. City councillors opted to officially change the name of the city from Göteborg to the anglicised Gothenburg in 2009.

Did you know?
• The 17th century, Älvsborg Fortress protected Gothenburg against the Danes. It still stands today.
• Although generally thought to be British, locals argue that the legendary Beowulf was in fact from Gothenburg.
• Gothenburg will celebrate its 400th anniversary in 2021.

A stylish business hotel in a more than 100-year-old building, the Elite Plaza Hotel opened in 2000 and is one of the most luxurious hotels in Gothenburg. There are 121 rooms and six suites, all with satellite TV and broadband internet connection. The hotel has an excellent restaurant, Svea Hof Restaurang & Bar, as well as an English pub, The Bishop's Arms.

Mixing aristocratic artistry with a contemporary palette of plums, rubies and jades, the Dorsia Hotel is one of the finest establishments in Gothenburg. With mulberry silk duvets and Egyptian cotton linen in the sleeping quarters, plus grandiose sitting rooms that call out for a slow brandy or port, it's a refined inn that few will wish to leave. Free Wi-Fi and lava-android TVs come as standard and the excellent in-house restaurant is more foie gras than fries.

The clean and contemporary sleeping chambers at Upper House, with their Nordic sharpness and modern apartment-like space, are found in the top floors of the Gothia Towers. While the attention to detail is first rate, with king-size, cushion-filled beds, complimentary Wi-Fi, choice flat screen TVs and a changing room service selection, it's famed for the large, wall-sized windows that afford incredible views over the city vista. The hotel also has three swimming pools, Turkish baths, spa treatments and a locally-sourced breakfast.

With a choice of 98 chic rooms, the Hotel Bellora is a beautiful lifestyle-hotel that mixes Italian Dolce Vita with a cosmopolitan flair. With an Espresso Bar warmly nestled in reception area that sources speciality beans to complement its indulgent chocolates and Italian pastries, it’s not just the 4-star comfort of the rooms that keeps visitors returning.

The 4-star Hotell Liseberg Barken Viking is housed in one of the few remaining four-masted barques in the world. The ship was built in 1907 and is moored in the Gothenburg guest harbour next to the Gothenburg Opera. The hotel offers rooms and a restaurant with a unique maritime atmosphere and furnishings. There are several conference rooms on board as well.