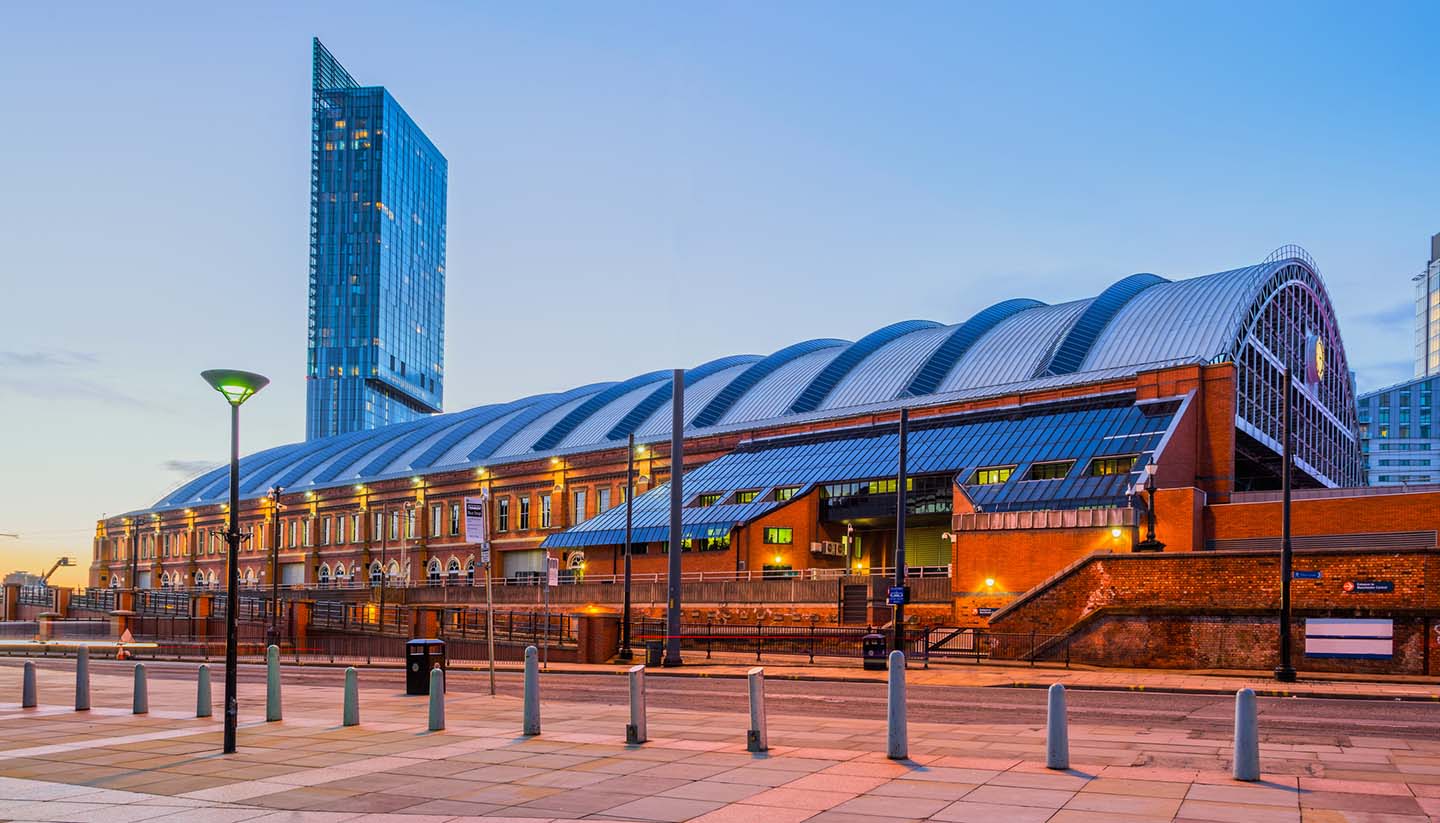 The beating heart of northern England’s industrial revolution, Manchester is a city built on the textile boom of that period.

Although a settlement has existed in this part of northwest England since Roman times, the arrival of Flemish weavers in the 15th century is said to have set about a train of events that would make Manchester one of the most famous cities in the world. Wool and linen were produced in large quantities from the start of the 17th century, but it was the conversion of locals rivers into navigable waterways in the 18th century that saw the start of Manchester’s fast–paced growth.

The opening of the Bridgewater Canal in 1761 helped bring coal directly into the city, while its extension to the Mersey made it easier than ever for goods to get out to the nearby port of Liverpool, with raw cotton coming the other way. The mechanisation of the textile industry led to the building of many of the stunning brick mills which still dominate Manchester’s skyline to this day. The first was built by Richard Arkwright in 1780.

With industry came urbanisation as rural workers flocked to the city in search of work. Its population boomed and with it the city became a blend of industrial wealth and grinding poverty. The infamous Peterloo Massacre of 1819 saw 15 people die when the cavalry charged into protesters demanding parliamentary reform.

Manchester’s status as the city at the vanguard of technological development in the 1800s was reaffirmed after the world’s first intercity railway was opened to Liverpool in 1830, with Britain’s first telephones provided by a Manchester company in 1878. The Manchester Ship Canal opened in 1894, bringing huge vessels to the heart of the city.

Decline was sharp in the 20th century, as Manchester suffered at the hands of the German Luftwaffe and then experienced a marked decline in its textile industry. Following an IRA bomb in 1996, the city centre was largely regenerated, many of its old mills now used as homes, offices and bars.

Did you know?
• 84,569 crammed into Maine Road for Manchester City v Stoke City in 1934, the largest ever crowd at an English football league game.
• Karl Marx first met Frederick Engels at Chetham’s Library, the oldest public library in the English speaking world.
• Charles Stewart Rolls and Frederick Henry Royce met at the Midland Hotel in 1904, leading to the creation of Rolls Royce.