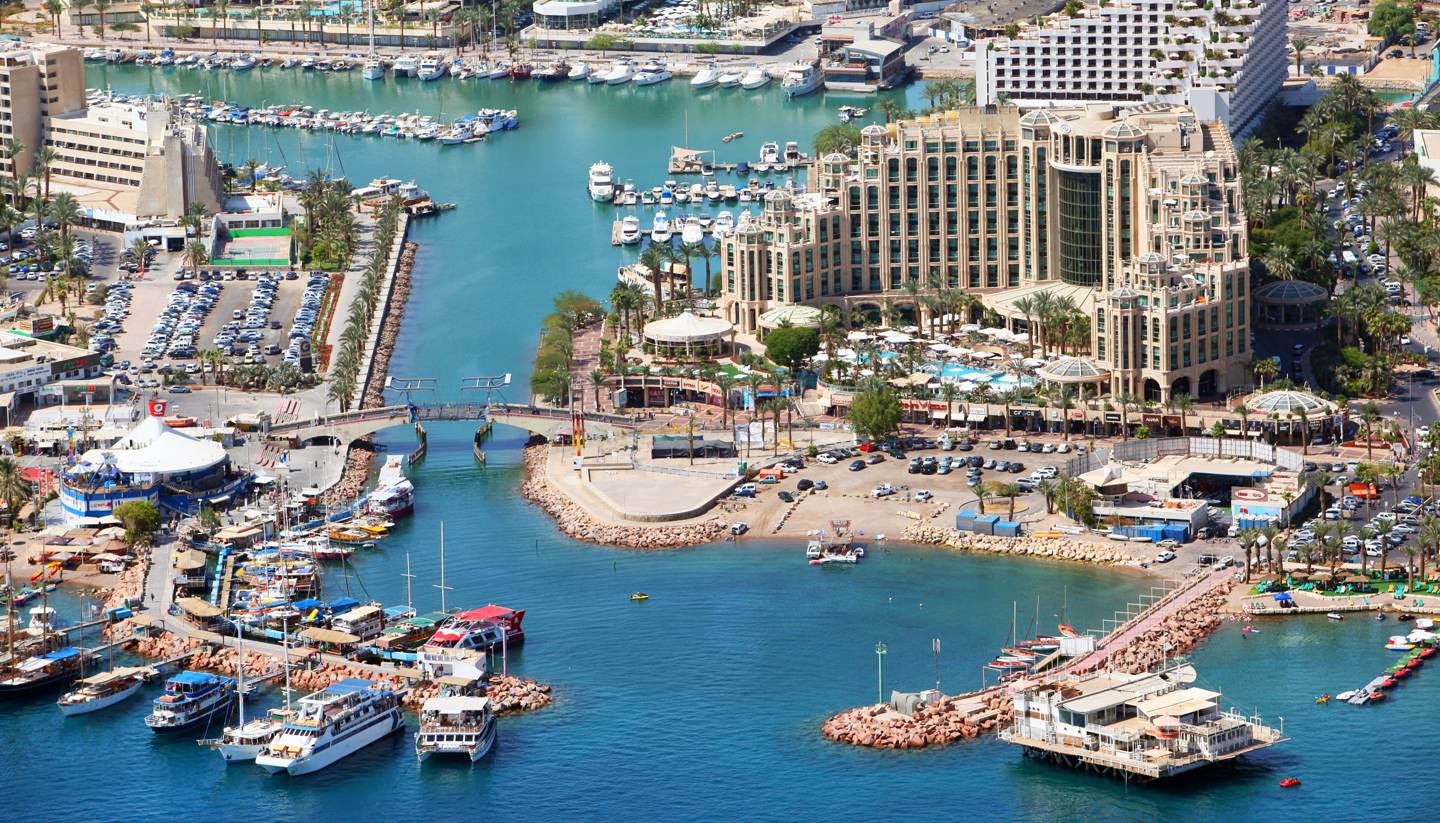 Flights going to Ramon International Airport include Air Europa (from Madrid), Edelweiss (from Zurich), Finnair (from Helsinki), Lufthansa (from Frankfurt and Munich), Ryanair (from multiple destinations), Transavia (fom Amsterdam and Paris), Ural (from Moscow and St Petersburg), and Wizz Air (from multiple destinations including Bucharest, Budapest, London*, Riga, Sofia, Vienna and Warsaw). * As of September 2019, the London-Eilat route is temporarily unavailable.

A road trip from Tel Aviv or Jerusalem to Eilat is highly recommended, especially if you take a detour to cover some famous sights such as the Dead Sea, Masada National Park, Mitzpe Ramon and Timna Park under your own steam.

The roads in Israel are well maintained. Traffic drives on the right side and drivers must be at least 18 years old. Road signs on major roads are in Hebrew, Arabic and English. The distances given are in kilometres and the speed limit is 90-120kph (56-75mph) on highways, 80kph (50mph) on intercity roads and 50kph (31mph) within towns.

Drivers must carry their driving licence. Insurance documents must be kept in the car at all times.

Car rental operators or your own insurer can provide cover and details of who to contact.

Highway 90 connects Eilat to other cities in Israel.

There are no rail services to Eilat at present. However, a discussion to establish a high-speed railway connecting major cities in Israel with Eilat is on going.