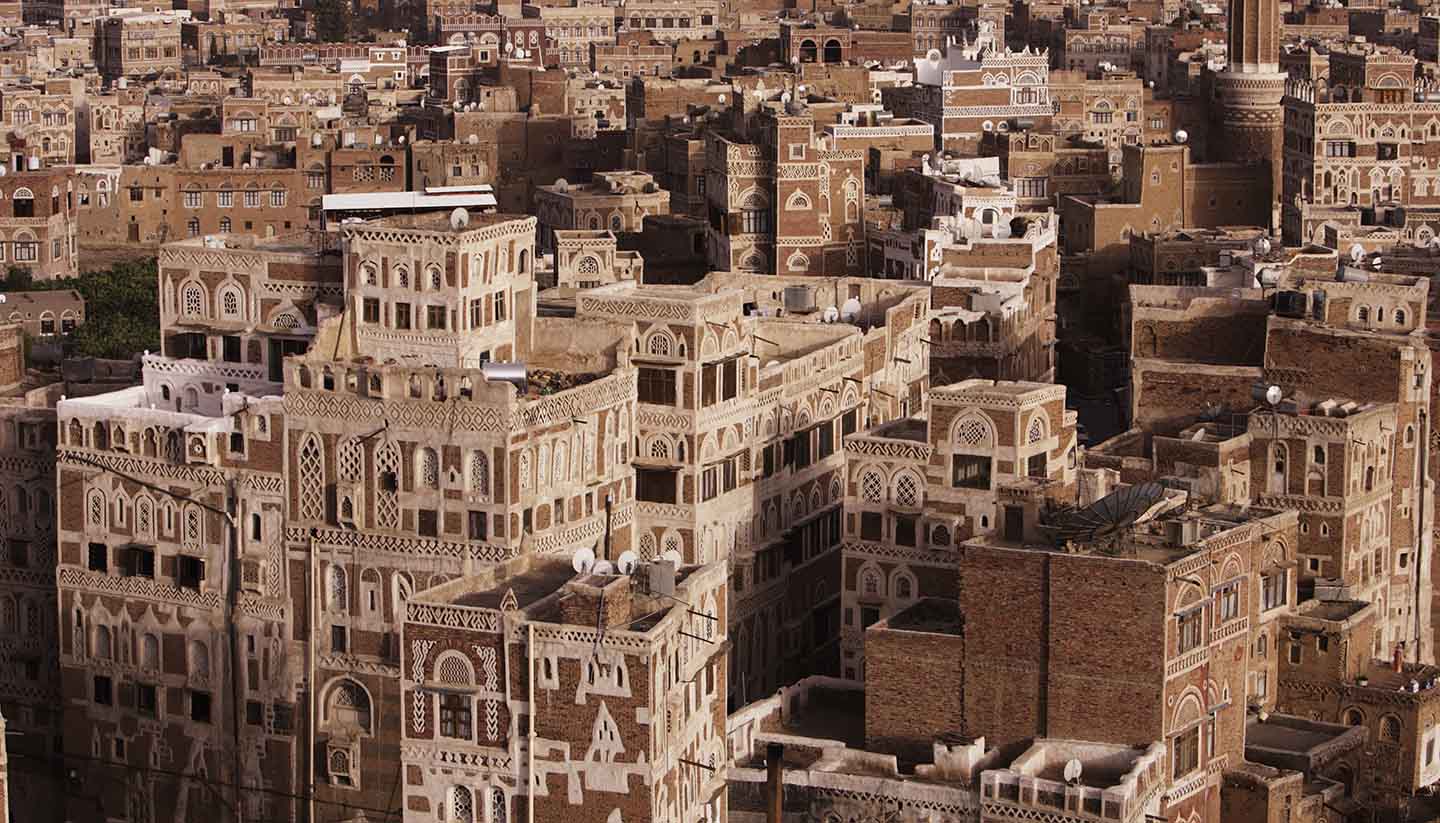 If it were an authentic taste of Arabia that you're craving, Yemen was long the answer. An antidote to Arabian Gulf bling, this was long the peninsula's most fascinating destination.

The largest city in Yemen, Sana'a is where most visits start. The Old City is UNESCO listed, its multi-storey tower houses and ancient Souk Al Milh lending an overwhelming medieval atmosphere. Being woken pre-dawn by competing muezzins from the city's fortyish mosques is a truly remarkable, unforgettable experience.

Outside the capital, explore fortified cliff-top villages overseeing cultivated plains or hike the foothills of the Haraz Mountains. To the east, walk the shady streets of Shibam, Freya Stark's 'Manhattan of the Desert', where nine-floor mud towers stand testament to Yemeni building skills. On the coast, visit the bustling fishing ports of Al Mukalla or Al Huydaydah. Most remote is Yemen's 'Arabian Galapagos', the Socotra archipelago. Cast adrift at the mouth of the Gulf of Aden, Socotra is two hours by air from Sana'a; 37% of plant species, 90% of reptiles and an estimated 90% of invertebrates here are found nowhere else on earth.

Once characterised as Arabia Felix (Fortunate Arabia) by the Romans and known as the land of milk and honey by Noah's sons, these days an uncertain security profile deters all but the hardiest travellers from visiting Yemen. In 2011, Arab Spring protests led to a revolution aimed at improving economic conditions and ending corruption. Unfortunately, the aftermath of the protests has been ever-increasing violence between different rebel factions and jihadists.

When Yemen eventually recovers from this civil war, tourists will surely be drawn back to the land that the Queen of Sheba called home, and where Gilgamesh came in search of the key to eternal life. A country with such a rich history and culture, Yemen certainly deserves more than the present-day tragedy inflicted upon it.

President of the Supreme Political Council Mahdi al-Mashat since 2018.