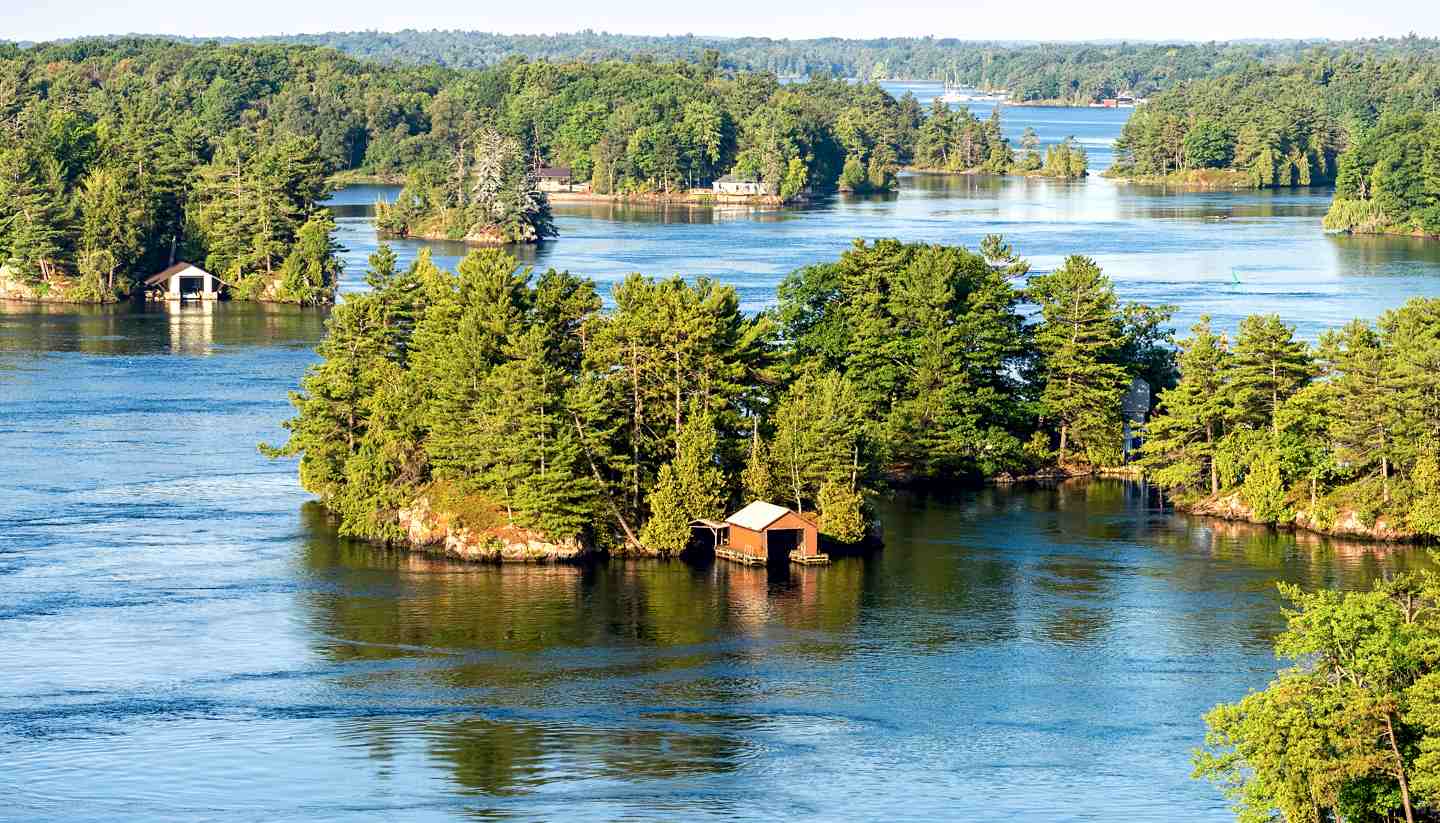 Things to see and do in Ontario

Beautiful and unique (to Ontario) monarch butterflies stop off at Point Pelee on Lake Erie in September during their annual migration to the mountains of central Mexico. These colourful insects cover the trees, providing an amazing spectacle.

In Canada's capital city, you can admire the imposing gothic-style Parliament Buildings, Peace Tower, Confederation Square (site of the National War Memorial), and the Rideau Canal, a UNESCO World Heritage Site. Among the city's many museums and galleries are the National Gallery of Canada, the Canada Science and Technology Museum and the Canadian Museum of Nature. Just across the Ontario River in Quebec, the Canadian Museum of History is also worth a visit.

Ontario is particularly well known for canoeing, and has more canoe routes than any other region in the world - more than 5,400km (3,355 miles) of routes in northwestern Ontario alone. Good locations include Killarney and Algonquin Provincial Parks in southern Ontario, the latter being within three hours' drive of Toronto.

Thrill seekers can hurtle up to the top of the CN Tower in Toronto (www.cntower.ca): Canada's national tower was until recently the world's tallest freestanding structure. From the public observation deck in its SkyPod, 447m (1,465ft) above the ground, you can see Niagara Falls on a clear day.

The Sandy Flat Sugar Bush and Pancake House in Warkworth hosts the annual Maple Syrup Festival in March. Amongst the many demonstrations, races and contests is also the chance to sample lots of this sweet and sticky fluid liberally poured onto anything from pancakes to sausages. The maple trees and their sap are unique to eastern North America and Ontario is very proud of its culinary links to the syrup.

Get closer to nature in Algonquin Park

Nature lovers are drawn to the protected wilderness of Algonquin Park, Ontario's oldest provincial park; 7,600 sq km (2,934 sq miles) of forest and lakeland provide the perfect environment for outdoor recreation. For campers and day visitors, Highway 60 is the centre of the park, offering campgrounds, walking trails, conducted hikes and access to public wolf-howling sessions. In winter, cross country skiing trails are popular. Visitors can also soak up the history of the park in the Logging Museum, or in the Algonquin Gallery, which focuses on the Canadian artist Tom Thomson's (1877-1917) famous group of painters, the Group of Seven.

Get your skis on

Midland commands a spectacular view of the Muskoka-Georgian Bay lake district and is a popular resort, mainly because of the various minor ski resorts located around Georgian Bay.

From hiking trails on the Bruce Peninsula, the views are spectacular.

The National Gallery of Canada was founded in 1880 by the Governor General, the Marquess of Lorne and since then has grown to become an internationally-renowned art museum. The permanent collections reflect Canada's diverse history, and includes works by European masters such as Monet, Turner and Di Cosimo, as well as avant-garde Canadian paintings from the 1960s and religious sculptures from Québec. The museum also contains a large collection of Inuit art, including prints, drawings and whale bone sculptures, many of which portray the cultural and social issues that have affected Canada's indigenous population since WWII.

A must-see; Niagara Falls are a legacy of the Ice Age, gushing out half a million gallons of water every second. The falls are made up of two separate parts, Horseshoe Falls on the Canadian side and American Falls on the USA side. Although not the highest waterfall in the world they move a staggering 168,000 cubic metres (219,600 cubic yards) of water per minute over a drop of 51m (167ft), making them one of the natural wonders of the world. The city of Niagara Falls itself is stuffed with wax museums and theme restaurants, but just to the north lies the storybook village of Niagara-on-the-Lake. Southwest of the falls, the north shore of Lake Erie is dotted with small resorts and good beaches; Port Stanley is particularly popular.

See artwork in the rocks

Lake Superior Provincial Park has many beautiful ravines, lakes and waterfalls. In particular, its Agawa Rock Pictographs are highly famed. These are one of the largest collections of Indian rock art in Ontario. The pictographs remain one of Superior's most sacred spots.

Canada's largest city is also the provincial capital. The CN Tower has glass-fronted elevators rising to indoor observation decks that afford a 160km (100-mile) panoramic view on a clear day. Yorkville, the hip part of town in the 1960s, now caters to the tastes of the city's upwardly mobile, but is a good spot to go window shopping or enjoy a cup of coffee. Queen Street West attracts a younger, more style-conscious crowd. In the eastern suburbs, the spectacular Ontario Science Centre and the Toronto Zoo are both worth seeing.

Watch Shakespeare in the summer

The Stratford Shakespeare Festival focuses mainly (but not exclusively) on the Bard's plays, while the Shaw Festival in Niagara-on-the-Lake highlights the works of George Bernard Shaw and his contemporaries, and the Blyth Festival presents Canadian plays.