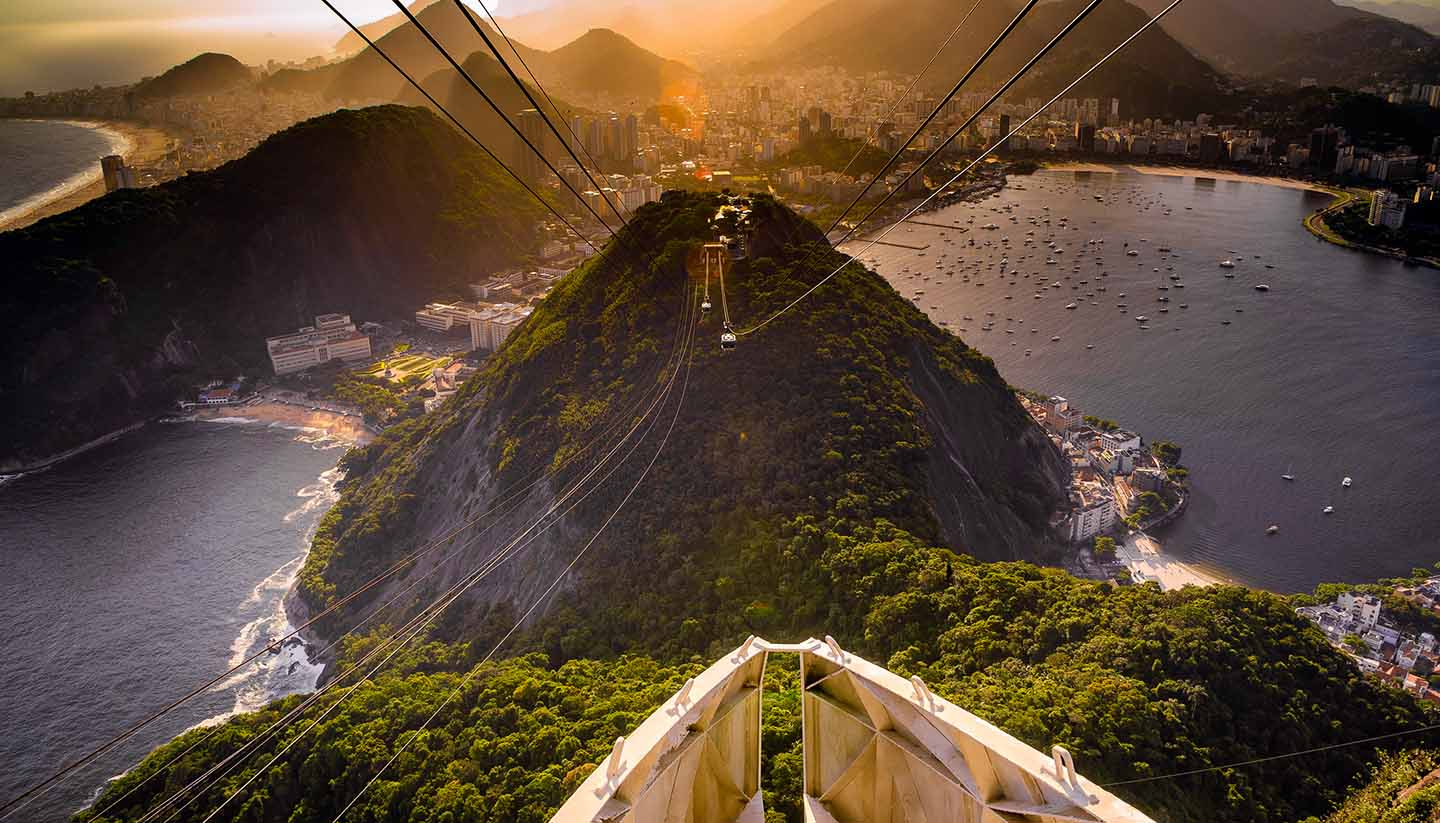 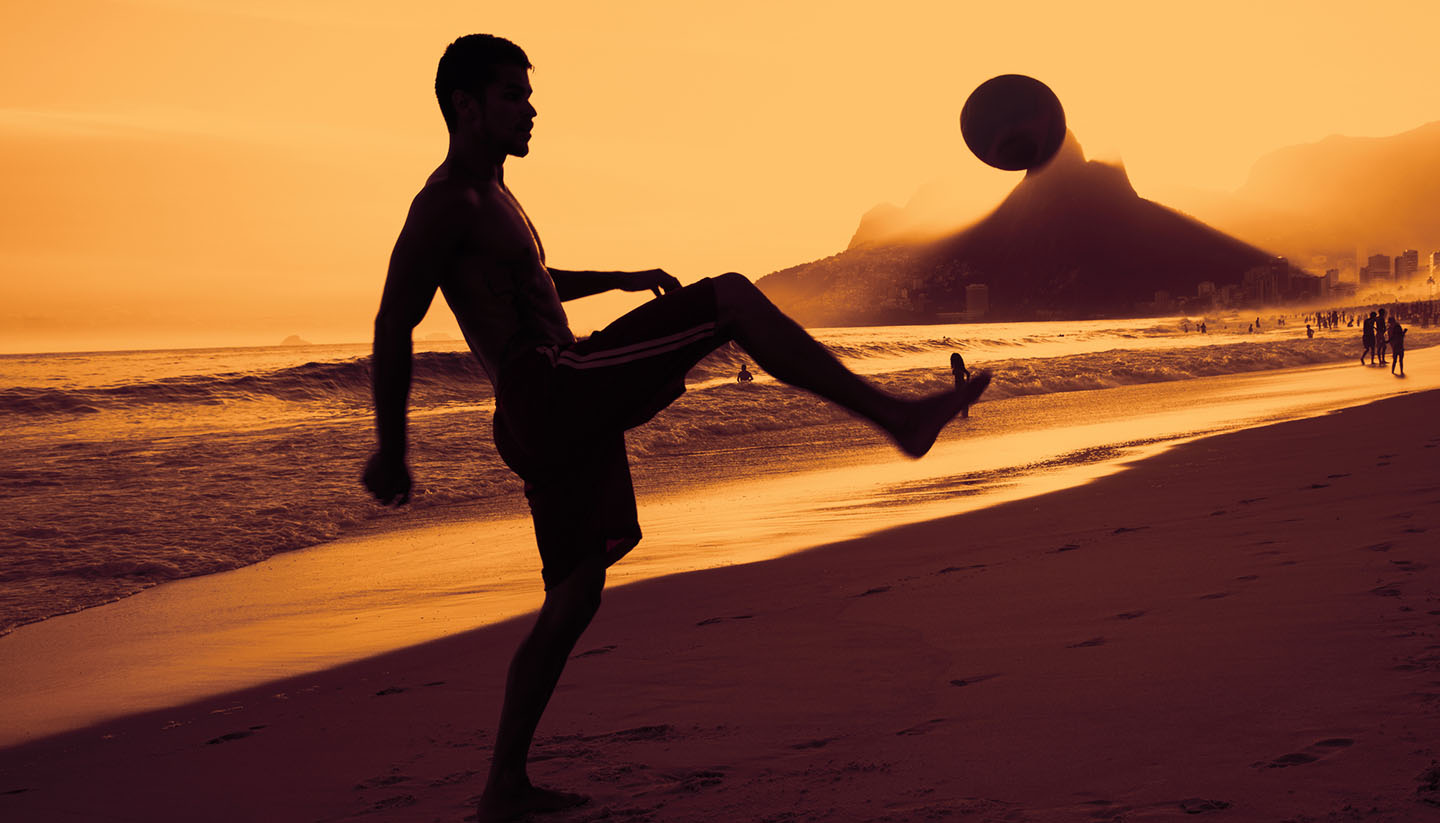 Rio de Janeiro is an awe-inspiring city; its stunning tropical setting is matched by its fun-loving residents. Sheer granite peaks rise from the ocean between glorious stretches of sand. Skyscrapers vie for space with gracefully aging colonial buildings as lush forests tumble down hillsides up to the city limits.

Brazil’s former capital has retained much of its distinguished character, with magnificent churches and mansions clustered in downtown Centro. However, it has long since outgrown its original site.

Such has been the success of its urban planning though, much of Rio’s coastal landscape (including the iconic statue of Christ the Redeemer) has been granted World Heritage status by UNESCO.

Frequently voted the happiest city in the world, Rio revels in life. Irregardless of background or status, Cariocas (locals) share a passion for existence through three obsessions: the beach, football and Carnival.

The annual Mardi Gras pageant is Rio’s way of showing the world what it does best: party. Spectators pack the Sambódromo to watch the dazzling parades. Cidade do Samba, Carnival’s exhibition centre, houses floats and hosts samba shows all year round, giving visitors a flavour of the big event.

High above all this fun and frivolity are Rio's ever-present landmarks: Corcovado (Hunchback) mountain and Pão de Açúcar (Sugar Loaf) with its historic cable car. Rio also boasts a wealth of attractions, plus great food, music and entertainment - enough to keep a visitor busy for any length of stay.

Nevertheless, Rio is constantly re-inventing itself and pushing a vibrant agenda, boasted by the 2016 Olympic Games which helped transform the city.

Copacabana, birthplace of its original hedonistic image of the 1920s, is still impressive but no longer the centre of attention. Now, further flung areas are drawing more visitors. Barra is booming with Cidade da Música, a huge new arts centre, giant shopping malls and gourmet restaurants.

Downtown Lapa, a formerly seedy district, is now the arty hub of Rio’s live music scene. Nearby, the rundown docks are also being transformed with a futuristic new museum, art gallery and pedestrian-friendly spaces, giving tourists even more reasons to visit this incredible city.

This no-frills but clean and well-run hotel is highly rated among regular visitors to Rio. It's in a handy location between downtown and the Zona Sul, in an historic, up-and-coming district. The rooms are clean and comfortable, the buffet breakfast is excellent, and facilities include a spa, gym and small roof terrace. In all, the Regina is one of the best budget hotels in the city.

This hostel in an old colonial building in Santa Teresa has basic dorms as well as three- and four-bed rooms, which are ideal for families. With its hillside location, Rio Hostel offers great city views and it also has a tiny swimming pool. Facilities include laundry service, tour information, Wi-Fi connectivity and air conditioning in some rooms. The staff are friendly, some are multilingual, and they serve a decent buffet breakfast.

This elegant establishment is almost as famous as its beachfront location. Since it was built in 1923, famous guests have included Robert De Niro, Marlene Dietrich, Orson Welles and Princess Diana. The Copacabana Palace is one of the grandest classical buildings in Rio de Janeiro; its creamy pillared façade dominates Avenida Atlântica, and is protected by a preservation order. The plush interior is even more impressive with marble floors, chandeliers, grand ballroom and elegantly decorated rooms. Facilities include a rooftop tennis court, a majestic swimming pool, a well-equipped fitness suite and a business centre. The two restaurants, Cipriani and Pergula, offer fine dining.

Rio de Janeiro's first design hotel is a modern establishment one block from Copacabana Beach. Its 66 rooms, suites and apartments have been individually styled by top Brazilian artists, giving the hotel an exclusive and contemporary feel. This Rio hotel is a popular choice with visitors who are looking for something a bit chic but not prohibitively expensive. All rooms are comfortable, with flat-screen TVs and broadband internet access. Other hotel facilities include a business centre, fitness studio with spa and sauna, and a rooftop restaurant, but no pool.

Windsor Barr Hotel is a good choice for exploring Rio's western suburbs and beaches, particularly for surfers and for those planning to attend the 2016 Olympics. This modern, high-rise hotel facing Barra da Tijuca beach has 338 comfortable if not luxurious rooms with all mod-cons. It also has a restaurant, bar, two swimming pools, fitness centre, sauna, and airport shuttle bus.