Simply the world's greatest party, the annual carnival in Rio de Janeiro is one of the wildest extravaganzas on the planet. The main carnival parade in the huge, purpose-built Sambódromo comes alive with a riot of colour, outlandish floats, throngs of gyrating dancers and pounding drummers, all shaking to intoxicating samba rhythms.

Rio's carnival starts on Saturday and ends on Ash Wednesday. Escolas de Samba ('Samba Schools') from each city neighbourhood compete to see which can parade the best, loudest, and most creatively decorated floats, carrying samba bands and accompanied by dancers and other performers. Before, during and after the main parades (held on Sunday and Monday), there are many other events across the city, including music shows, carnival balls and separate parades for the lesser samba schools.

The most important date in the Catholic calendar, Rio marks Holy Week with religious processions, ceremonies and masses across the city. One of the biggest ceremonies takes place at the Catedral Metropolitana, home of Rio’s patron saint, Santo Sebastião, with a commemorative liturgy celebrating the passion and death of Christ. Afterwards there is a procession accompanied by the Archbishop of Rio de Janeiro, bearing a fragment of the Holy Cross. The Igreja de Nossa Senhora de Copacabana (Church of Our Lady of Copacabana) also conducts a procession, with drummers and participants dressed as Roman soldiers.

The annual Day of the Indian is an important date celebrated throughout Brazil, but with special activities held in Rio’s superb Museu do Indio, honouring the nation’s 600,000 indigenous peoples. Events at the museum include ceremonial dances, live music performances, exhibitions and film screenings.

This is a New World twist on an old European Catholic tradition, brought to Brazil by the first Portuguese settlers. In Mediterranean countries, the Fiesta de San Juan (Saint John) falls on the summer solstice, and is celebrated with bonfires. Rio extends this June festival to include Santo Antonio (Saint Anthony) on 13 June, São João (St John), 11 days later and São Pedro (Saint Peter) on 29 June.

On three separate evenings, in private homes, in clubs, and in public places all over Rio, stalls are set out to resemble village market places and are decorated with streamers and lanterns. Against the glow of bonfires there is much dancing, eating and drinking. In mock weddings, couples follow the old tradition of leaping the flames. Many other events also take place in the weeks before and after the saints’ days, in venues all across the city.

Launched in 2003, this book-fest in the historic little coastal town of Paraty, close to Rio, is now rated as one of the best of its kind in the world. Leading Brazilian authors are joined by major international names, with previous visitors including Margaret Atwood, Carol Ann Duffy, Nadim Gordimer, Julian Barnes, Ian McEwan and Colm Toibim. The five-day festival features readings, conferences, and round-table debates, plus a lively mix of music, food and dance.

The 'Festival do Rio' is the city's International Film Festival. In recent years Brazilian films based in Rio, such as Central Station, City of God, and Favela Rising have received worldwide acclaim. This major festival showcases well over 500 feature films, documentaries and shorts, with screenings taking place in various venues throughout the city. Proceedings are dominated by the award of the coveted Golden Lion prize. In addition to the films, there's also an entertainment programme including live music and parties.

Outdoor concerts and parties all over the city culminate in a massive fireworks display on Copacabana Beach to mark Rio’s New Year’s Eve celebrations, its second biggest bash after Carnival. Up to one million people gather on the sands, so get there early to stake your place. 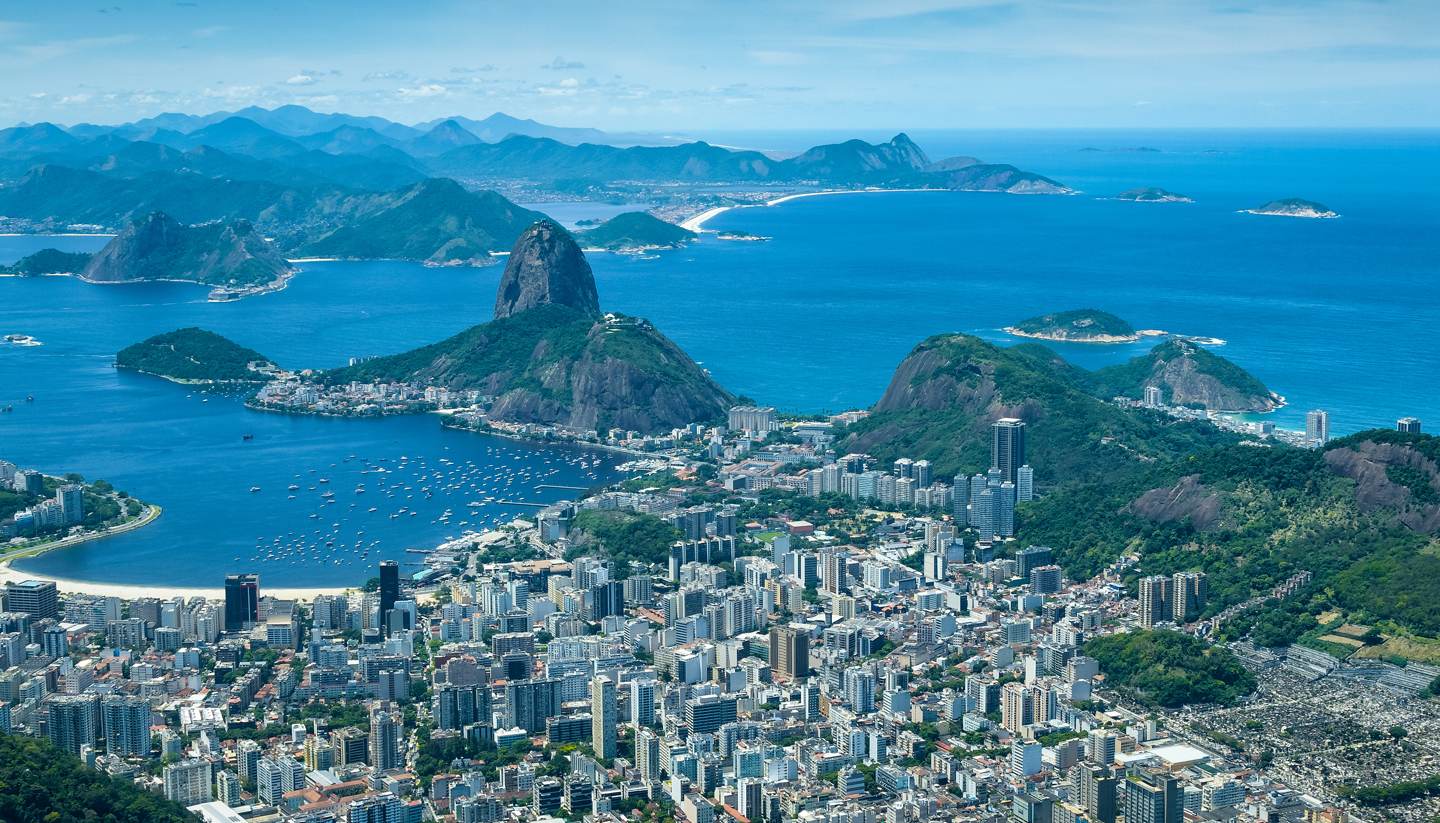 Vibrant, exciting and dazzling are words synonymous with Rio de Janeiro, one of the world’s favourite party cities

Located right in the heart of Ipanema, San Marco Hotel is the perfect choice for holidaymakers on a budget who want to take full advantage of the nearby beach – two blocks away - without missing out on Rio’s exciting nightlife. The small modern hotel has 56 tidy and functional rooms, all en-suite with TVs and air conditioning, and is in the thick of Ipanema’s trendy bars, shops, restaurants and clubs (ask for a room on an upper floor if on the street side). Its friendly bilingual staff, wireless internet connection, and competitive rates make this one of the few good-value budget hotels in Ipanema.

Located in the heart of Leblon, Rio's most expensive square metre, Ritz Plaza Hotel Leblon offers quality services at affordable prices. Its rooms are well furnished if not huge, with modern décor. A generous buffet breakfast is included and the hotel has up-to-date facilities, including spa and a small pool. It's a couple of blocks in from the beach and close to cinemas, theatres, shops, restaurants and the Rodrigo de Freitas lagoon.

This no-frills but clean and well-run hotel is highly rated among regular visitors to Rio. It's in a handy location between downtown and the Zona Sul, in an historic, up-and-coming district. The rooms are clean and comfortable, the buffet breakfast is excellent, and facilities include a spa, gym and small roof terrace. In all, the Regina is one of the best budget hotels in the city.

This hostel in an old colonial building in Santa Teresa has basic dorms as well as three- and four-bed rooms, which are ideal for families. With its hillside location, Rio Hostel offers great city views and it also has a tiny swimming pool. Facilities include laundry service, tour information, Wi-Fi connectivity and air conditioning in some rooms. The staff are friendly, some are multilingual, and they serve a decent buffet breakfast.

This elegant establishment is almost as famous as its beachfront location. Since it was built in 1923, famous guests have included Robert De Niro, Marlene Dietrich, Orson Welles and Princess Diana. The Copacabana Palace is one of the grandest classical buildings in Rio de Janeiro; its creamy pillared façade dominates Avenida Atlântica, and is protected by a preservation order. The plush interior is even more impressive with marble floors, chandeliers, grand ballroom and elegantly decorated rooms. Facilities include a rooftop tennis court, a majestic swimming pool, a well-equipped fitness suite and a business centre. The two restaurants, Cipriani and Pergula, offer fine dining.