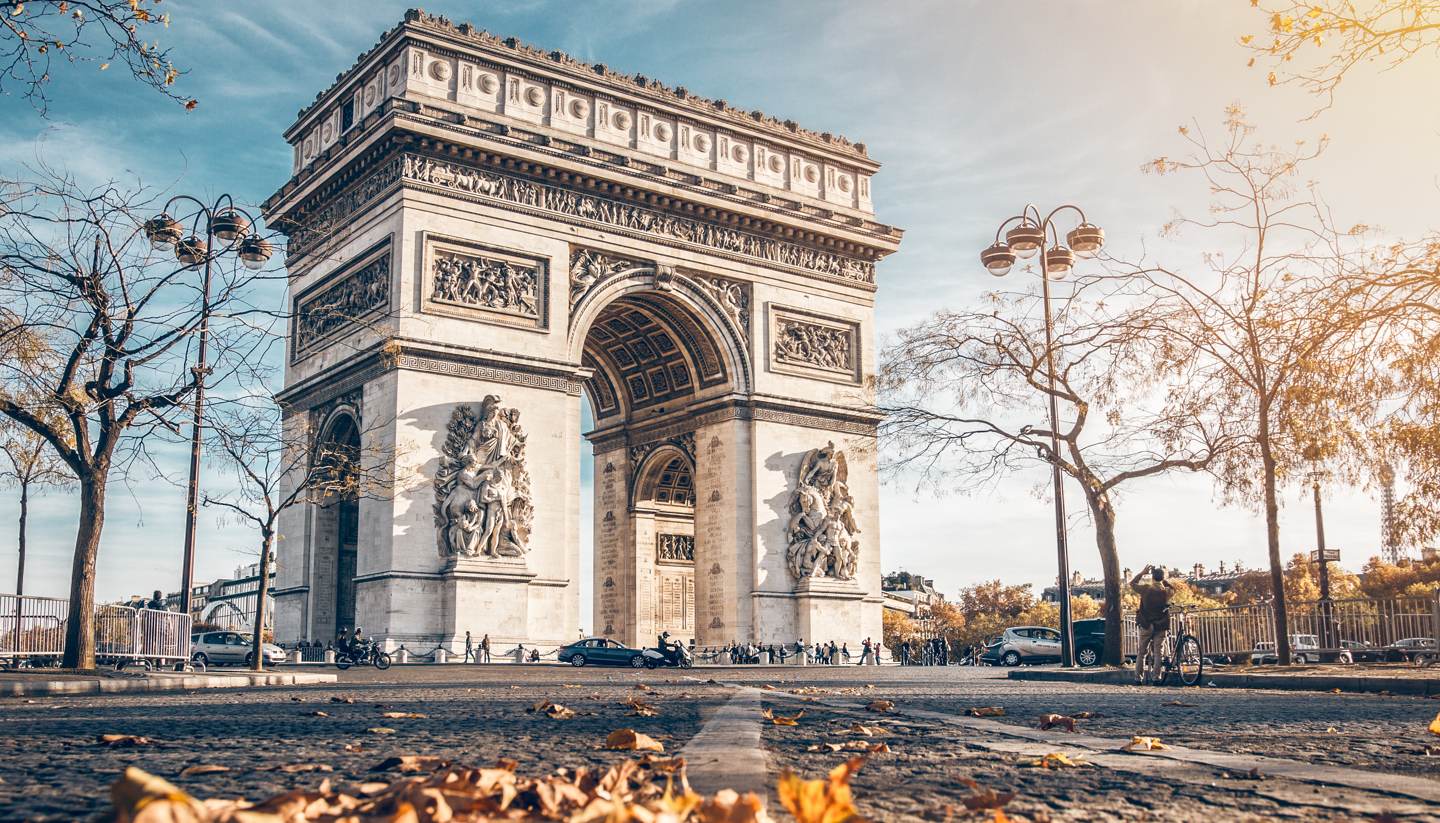 Even if you’ve never been to Paris, you probably have a mental image of it - such is the effect this magical city has had on the world

It’s hard to know what the city is most famous for. The iconic architecture, such as the Eiffel Tower or Notre Dame cathedral; the incredible food, whether at a neighbourhood bistro or a Michelin-starred temple to gastronomy; or the shopping: from high fashion in the department stores to quirky boutiques and street markets, the city certainly has plenty to offer. Then there are the world-class museums and the splendid parks… Visit once, and you’ll certainly be back.

Spring (March-May) in Paris is lovely, no question. From March, the days start to get longer and the sun comes out along with the cherry blossoms. The pavement terraces fill up and the crowds haven’t quite arrived – although there is the chance of rain.

Summer (June-August) offers lovely sunny weather, ideal for sightseeing and picnics in the park. Be warned, though, that this is the high season, and you’ll be sharing the city with thousands of other tourists – plus, many locals leave for the month of August.

Autumn (September-November) is a good time to visit – there are less crowds, the locals are back with renewed vigour after their holidays, and the parks are resplendent in autumn colours. You can still sit at a pavement terrace café, sipping hot chocolate and feeling like a Parisian rather than a tourist.

Winter (December, February) has its joys, too. Although it’s cold and the days are short, the Christmas markets bring festive cheer, and a number of open-air ice-skating rinks open up around the city. This is also the time to bag a bargain with your flight or hotel.

Although there are plenty of taxis in Paris, the Metro should get you around efficiently and cheaply; it covers the entire city and is easy to navigate. There are also buses, and train services to the outer suburbs and other cities. If you know you’re going to be out and about a lot, go for a ‘Paris Visites’ card – available for 1, 2, 3 or 5 days, it offers unlimited public transport and can include destinations further afield, such as Versailles and Disneyland Paris.

For more details on transport options, including the city-wide self-service bike hire scheme, Vélib, see the Getting around Paris page.

Eiffel Tower
Named after the engineer who built it, Gustave Eiffel, this tower was the tallest man-made structure in the world from when it was built in 1889 until the construction of the Chrysler Building in New York in 1930. It’s now the most visited attraction in Paris – and the most visited paid-for monument in the world. Be sure to book your ticket in advance, and choose the lift – there are 1,665 steps to the top. 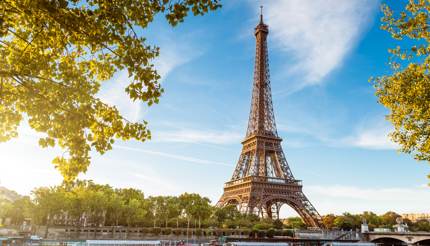 The Louvre
This landmark museum on the right bank of the Seine River is the world’s largest art museum – and also the most visited. While a highlight is undoubtedly the iconic painting of Mona Lisa by Leonardo da Vinci, there’s plenty more, with thousands of exhibits spanning pre-history to the 21st century.

Cathedrale Notre-Dame de Paris
Translated, the name means ‘Our Lady of Paris’, and this Gothic masterpiece certainly is the symbolic heart of the city. Built between the 13th and the 15th centuries, it has magnificent stained-glass windows and a treasury filled with artworks and relics. Climb the 400+ steps of the bell tower for great views.

Musée Picasso
Set in a 17th century mansion in the Marais district, this museum housing the works of Pablo Picasso re-opened in 2014 after five years of refurbishment and with double the exhibition space it had previously. Over 5,000 of Picasso’s works are on display, including paintings, sculptures, prints and drawings, mostly in chronological order or grouped in themes.

Père Lachaise Cemetery
Père Lachaise is still a working cemetery, although waiting lists for a plot are long. It makes for an interesting stroll, not least for the famous people buried here, including writer Oscar Wilde, composer Frédéric Chopin and, most notably, he rock star Jim Morrison, whose grave is a pilgrimage site for many.

Check out our Things to see in Paris guide for more must-see recommendations.

Learn to make your own patisserie
France is famous for its pastries, and attempting to make your own may sound like an intimidating prospect. Happily, the folks at Chez Bogato will tutor you in a fun and friendly fashion – after all, the bakery specialises in making pretty amazing cakes for kids. Workshops for both adults and kids are available.

Take a street art tour
The graffiti scene took off in Paris in the 1960s and is still going strong. Take a guided tour in Belleville, the traditional working-class suburb to the east of the city which has some fantastic examples – and discover an area that’s somewhat off the beaten track too. 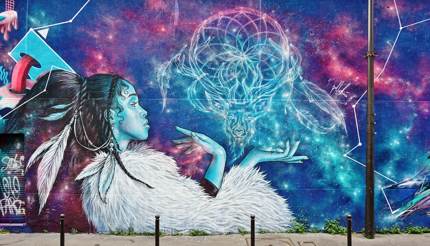 Street art in back alleys of the BellevilleEQRoy / shutterstock

See the splendour of Paris from the Montparnasse Tower
The top floor of this skyscraper has an observation deck offering 360-degree views of the city; you’ll be able to spot many major landmarks, including the Eiffel Tower, the Louvre and the Sacre-Coeur. Best of all, there aren’t any queues, and ticket prices are relatively reasonable.

Check out our Things to do in Paris page for more recommendations.

Tipping: A 15% service charge is automatically included on the bill in restaurants in France, so tipping is not necessary – but you can leave a few coins if you wish. It’s also fine to leave a small tip for your taxi driver but not obligatory. It is, however, customary to tip a small amount to a restroom attendant or an usher in a theatre. 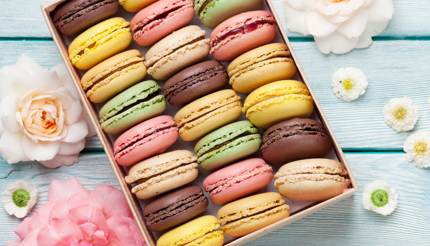 Each quarter in Paris has its own charms – where you choose to stay will depend as much on your preferences as your budget. The Latin Quarter retains a bohemian feel and has a lively nightlife scene; St-Germain-des-Pres and the Marais are trendy but expensive, as is the area around the Avenue des Champs-Élysées; the hilltop Montmartre retains a village-like feel. For our hand-picked recommendations ranging from cheap to expensive, check out our Hotels in Paris guide.

As befits a major city, nightlife options in Paris are numerous, varied, and cater to all tastes. The renowned Le Bar du Bristol in the five-star Hôtel Le Bristol Paris offers superb cocktails in ornate surroundings, perfect for a special night out; those after something more relaxed should head to the huge outdoor terrace at Moncoeur Belleville. For our full recommendations on bars, nightclubs and live music venues, see our Nightlife in Paris page. 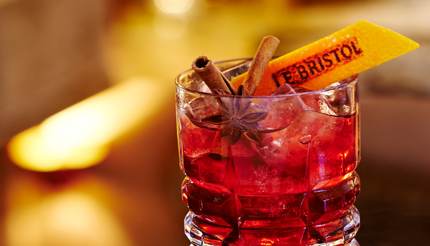 Nationals from the UK, other EU countries, Australia, Canada and the USA do not need visas to visit France, but passports must be valid for three months beyond the length of your stay, and be less than ten years old. The exception to this is EU citizens, who only need their passports or ID cards to be valid for the length of their stay. All other nationalities should check with their consulates for visa information. For more information, check out the France Passport and Visa page.

10 things to see and do in Sarajevo

16 things to know before travelling to Qatar

15 shrines and temples to visit in Japan