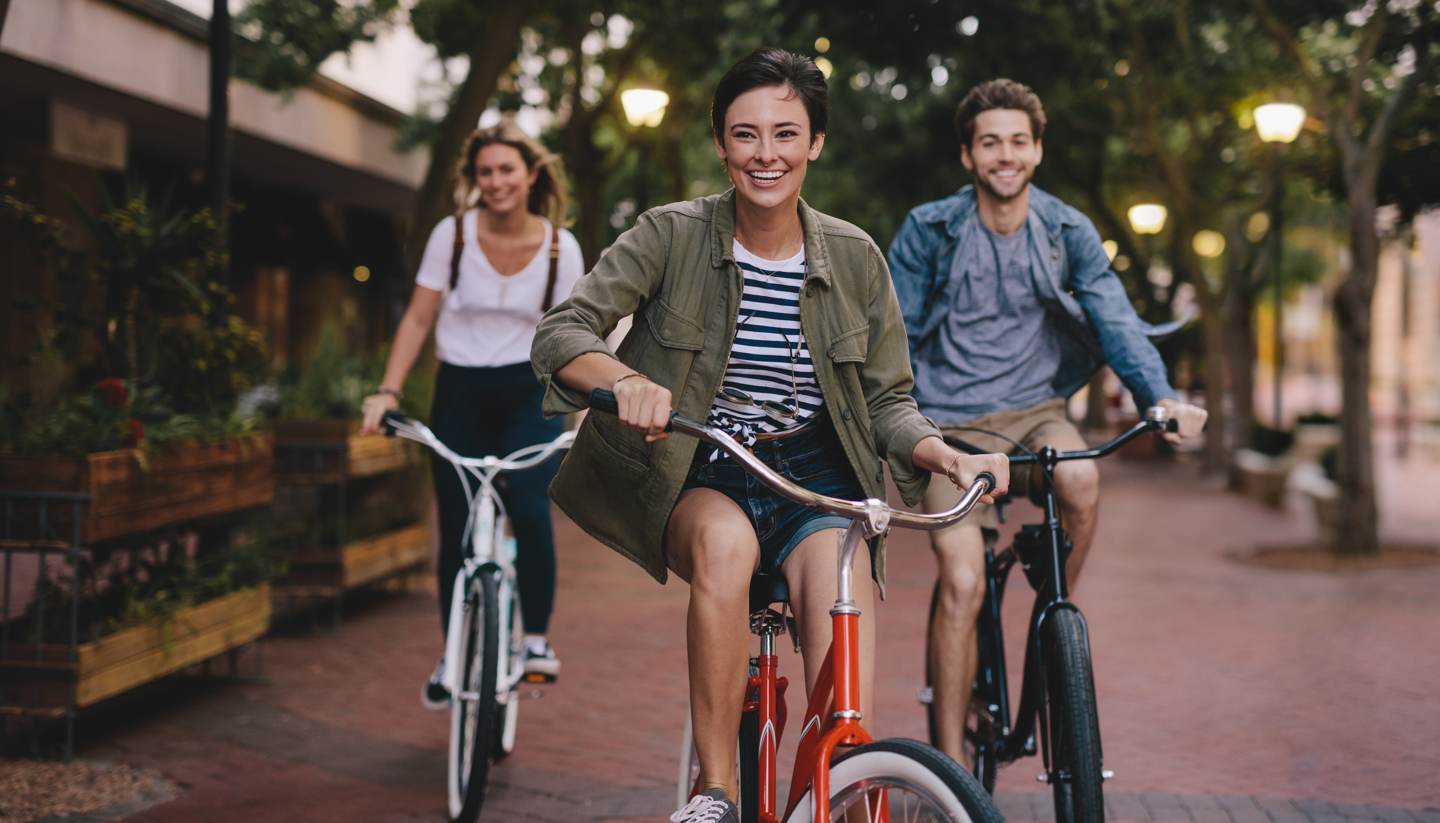 Cycling is kind to your health, your wallet and the environment; it is also an excellent way to take in the city

Amsterdam and Copenhagen have both championed the use of bicycles to get around for decades now. While they are the shining examples, many other cities have since embraced this green mode of transport that can help to reduce our greenhouse gas emissions. In this article, we will highlight 11 bike-friendly cities apart from Amsterdam and Copenhagen.

Canada’s largest French-speaking city has a heady mix of old-world charm and modern sophistication. It is also one of Canada’s bike-friendly cities, establishing protected bike lanes as far back as the 1980s. As of 2022, it has 889km (553 miles) of bike paths within the city, plus some 3,450km (2,144 miles) routes in Greater Montréal.

BIXI is the city’s bike-sharing system with 9,600 bikes (including 2,400 electric BIXIs) and almost 800 stations in Montréal and its suburbs, providing residents and tourists easy access to bicycles from every April 15 to November 15. Keen cyclists can make their visit coincide with the Tour de L’lle Montréal, an annual bike ride where cyclists take to the streets on bikes for a day without any other vehicles being allowed on the roads.

Before you go, check out our Montréal travel guide. 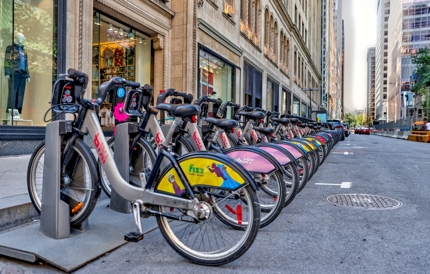 Bicycles for hire in Montreal

Malmö is Sweden’s most bike-friendly city with one-in-four trips taken by bike. Cycling in Malmö is easy, as it features 515km (320 miles) of bike lanes with predominantly flat terrain. Most cyclists here also have an easy-going manner, and the relaxed vibe would have a calming effect on even the most nervous cyclists.

A highly recommended bike route is to Ribersborg park and continues onwards to Limhamn Harbour, where you can capture a few good shots of the famous Öresund Bridge. 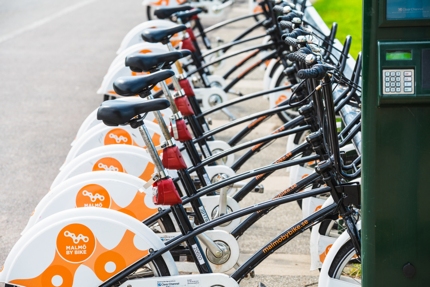 Bicycles for hire in Malmö 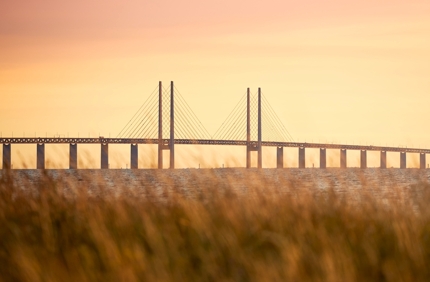 The view of Öresund Bridge in Limhamn Harbour

Amsterdam may be the exemplary bike-friendly city of the modern world, but Utrecht’s 125,000 daily cyclists may aim to change that. For a start, Utrecht boasts the world’s largest bike parking garage, which can hold 12,500 bikes over its three levels. There’s even a traffic system named Flo that helps cyclists catch green lights more often by advising them if they should speed up or slow down when approaching a traffic light.

Colombia first introduced the concept of ciclovia (cycleway) in 1974. The idea sees cars being banned from city roads every Sunday from 7 am to 2 pm, giving cyclists, runners and walkers a chance to exercise safely. Since then, the city has slowly but steadily expanded the program, including setting up dedicated cycling routes. As a result, Bogota now has some 550km (342 miles) of bike paths and is often regarded as the most bike-friendly city in Latin America. 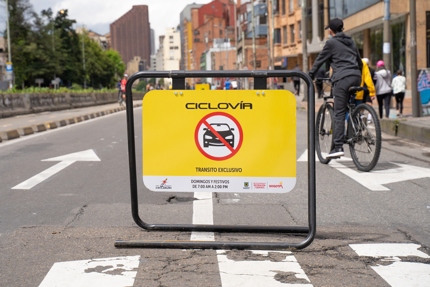 Getting around on two wheels makes a lot of sense to the locals living in densely populated Tokyo, a metropolis home to 13.96 million people and maybe 8.4 million bicycles. While Tokyo may not have many dedicated bike paths, Japanese drivers are very considerate and they usually leave sufficient room when overtaking. 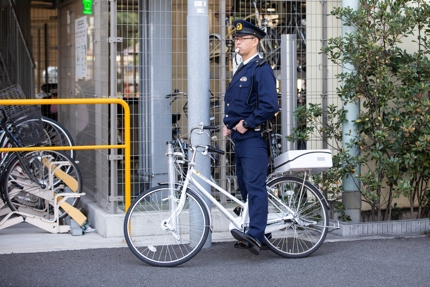 A Japanese police officer on a bicycle

“Strasbourg is the most bike-friendly in France,” proclaimed the local tourist office and they aren’t wrong. With 600km (373 miles) of bike paths and 6,800 bikes available through Vélhop (the bike-share system), you can simply hop on one and start exploring the city and its gorgeous riverside setting. If you’re after nature and heritage, explore the 85km (53 miles) La piste des forts (Track of the Forts) that takes you to 19 forts surrounding Strasbourg. 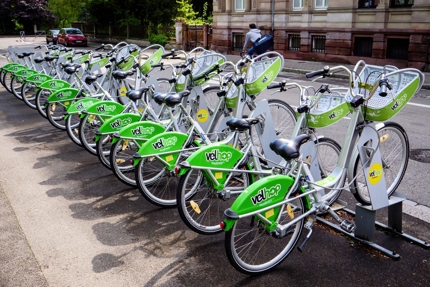 Bicycles for hire in Strasbourg

Londoners are passionate about cycling and have in recent years successfully campaigned for significant improvements in cycling infrastructure. The city now has a cycling network that stretches some 260km (162 miles), many of which feature one of the 800 Santander Cycle self-service stations.

Before you go, make use of our London travel guide to help plan your trip. 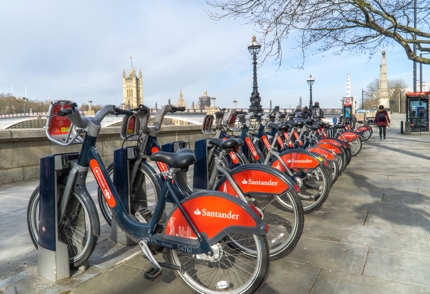 Bicycles for hire in London

Berlin has a highly integrated transport system comprising U-Bahn (underground), S-Bahn (commuter rail), bus, and tram services, but cycling has become a popular way of getting around thanks to the city’s flat terrain and extensive network of cycle paths. In some instances, cycling is faster too – you can, for example, pedal from Brandenburg Gate to Mauer Park in just 16 minutes, about 6 to 10 minutes faster than taking the U-Bahn.

Berlin is also committed to building 100km (62 miles) of cycle ‘superhighways’ by 2025, further cementing its reputation as a bike-friendly city. 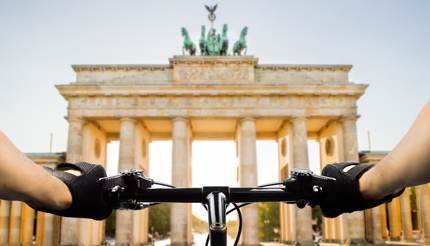 Back in the 1970s, most people in Beijing had a bicycle and they used it as their primary means of transport. While economic progress has opened up other options to the locals, including efficient buses and ultra-modern subways, some people still rely on two wheels to get around. The city is said to have over 1,000km (620 miles) of lanes for cyclists and pedestrians, but like other metropolises, dedicated cycle paths are hard to come by. In fact, Beijing only launched its first designated cycle lane, a 6.5km (4 miles) route that connects Changping district and Shangdi, in May 2019. This achievement may not mean much to keen urban cyclists in Europe, but for a city with over 21 million people, any improvement to the cycling infrastructure is worth a shout-out. 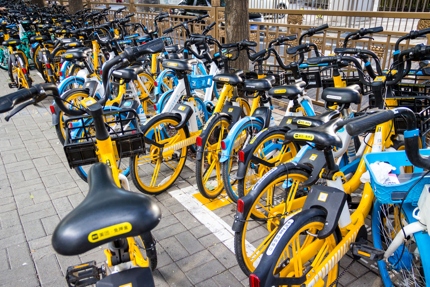 Bicycles near a subway station in Beijing

Portland, the largest city in Oregon, is home to mindful (and progressive) communities who invest time and resources to promote eco-friendly projects, anything from using renewable diesel for its buses to having the highest number of vegan and vegetarian restaurants in the US.

For cyclists, Portland has 510km (317 miles ) of cycle paths and a bike-sharing system called BikeTown. While it is estimated that less than a quarter of its workforce cycle to work, which is low in comparison to some European cities, Portland is still by far the most bike-friendly in America. 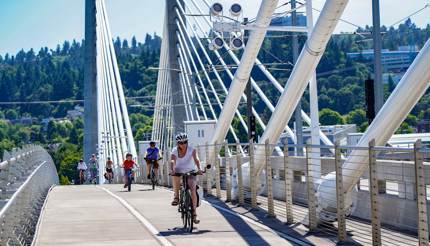 Tilikum bridge, the largest car-free bridge in the USA

The coastal city of Buenos Aires sits on flat lands where the Rio de la Plata empties into the Atlantic Ocean. The city is vast (it has 48 districts called barrios) but devoid of elevation, so getting around Buenos Aires by bike is a breeze. The city’s cycling network includes more than 230km (143 miles) of bike lanes; many are served by one of EcoBici’s 396 bike stations. You’ll also find cycling tours guiding you through many of the city’s most enticing sights. While cycling is an efficient way of seeing the city, it pays to know the different road signs and keep a watchful eye on other road users.

Before you go, check out our Buenos Aires travel guide. 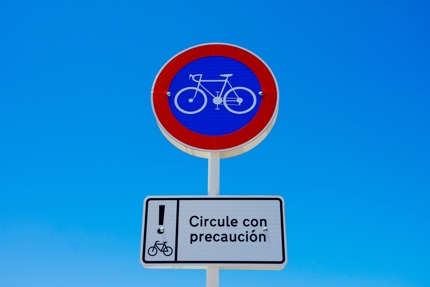 This article was updated in September 2022.