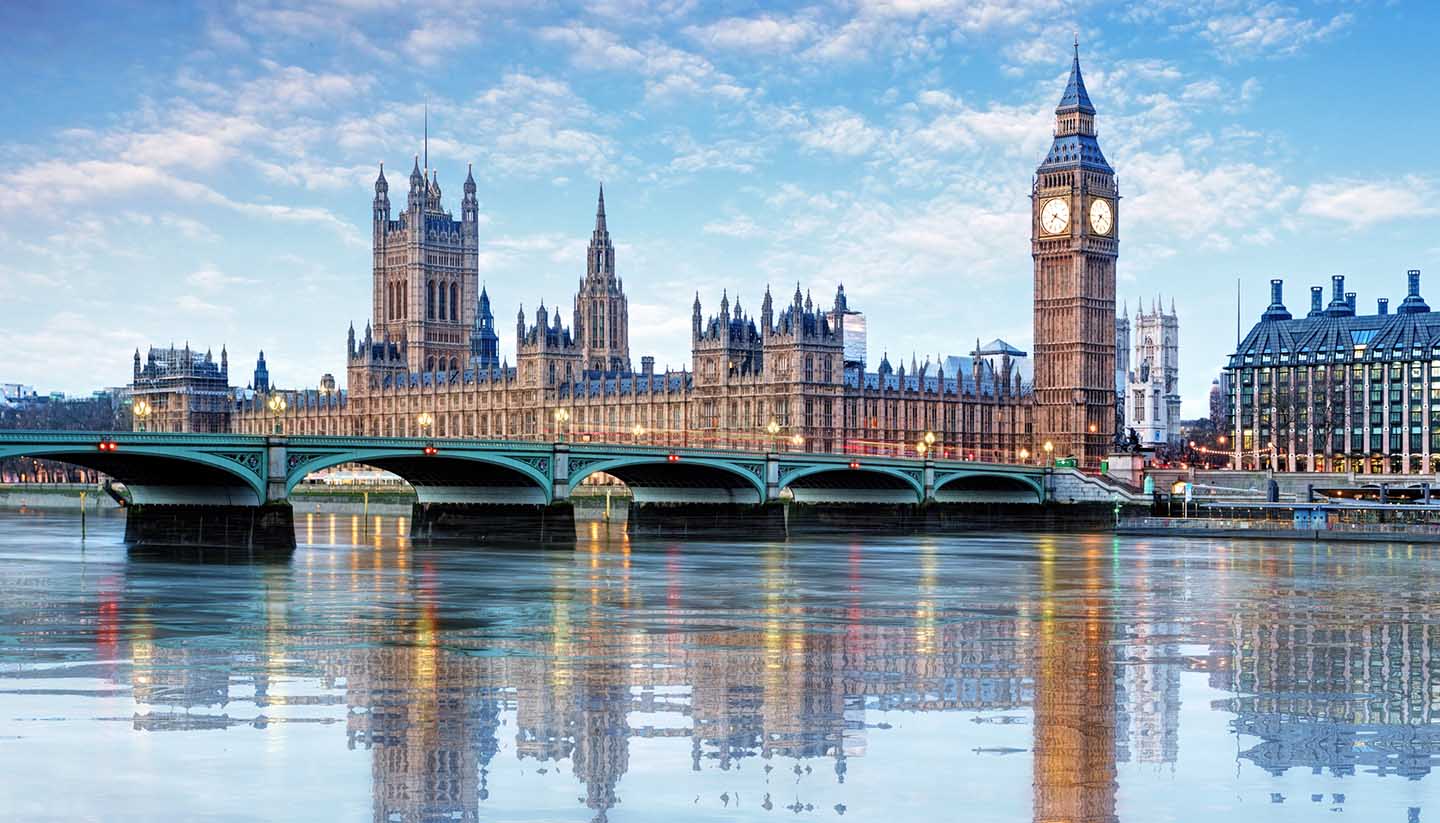 London’s status as a truly global city is indelible. New visitors tend to focus on the West End and its surrounding areas, immersing themselves in classic icons of The Big Smoke; from black cabs and red double decker buses to the gothic turrets of the nearby Houses of Parliament. The shopping options match up to any city, with the flagship high street stores on Oxford Street towering like a beacon. Close by is Carnaby Street, with its rich mod-influenced tradition, Bond Street’s jewellery emporiums and Covent Garden’s card-draining mix of designer and vintage shops.

But for those not there to shop, there’s a bevy of cultural attractions to keep the most ardent sightseer amused; from the National Portrait Gallery, to the Tate Modern and, of course, Buckingham Palace.

For the new foodie generation, a vibrant scene ensures you can dine in all corners of the world in a day. Whether you want the three star Michelin dining of Restaurant Gordon Ramsey, the exquisite ramen of Bone Daddies or the life affirming smoked meats of Kiln, you’d have to be the fussiest of eaters to not pack on a few pounds.

You’ll quickly realise, however, that London is a sprawling city with life bursting from every seam, and that many of the city’s true treats exist way from the centre. East London is the city’s creative hub, with the country’s most forward thinking nightclubs, bars and galleries dotted around Shoreditch, Dalston, Hackney and Peckham. Head out south west for the bucolic beauty of the deer-populated Richmond Park, or the dizzying array of fauna at Kew Gardens. And if you want to attend a football match or concert, the iconic Wembley Stadium is in the north east and has a capacity of 90,000.

With over 300 languages spoken in the city, you’ll find a different smell on every corner and a new sound in every shop. It’s the beauty of a place that, ultimately, doesn’t just feel like the centre of the world but like the world in one city.

Rooms at this trendy hotel are sumptuously appointed in a modern, eclectic style, not forgetting flatscreen TVs, huge, ultra-comfortable beds, and sleek bathrooms kitted out in grey granite, glass and oak. Befitting a hotel nestled in the heart of London’s entertainment district, there is a swish private event space and two private screening rooms. Onsite restaurant Refuel has an attractive dinner menu, as well as serving afternoon tea and an extensive selection of breakfast dishes.

Sat beside Hyde Park, the glamorous Dorchester is a stately cavern of old-school British class. Dining includes high-end Asian restaurant China Tang and purveyors of modern British cuisine The Grill at The Dorchester, while the extensive spa in the basement is an exceptional pampering space. For all-out luxury, there’s the baroque and rococo Oliver Messel Suite, perched a-top the hotel, with a terrace offering prime views across the London rooftops.

This no-frills Asian hotel chain in the heart of Westminster is a fantastic option for those seeking value for money in the capital. The concept is simple: by stripping out costly extras, such as room service or windows, you can enjoy staying in a clean room with an ensuite bathroom for very little money. If you want extras, such as towels, toiletries, an in-room safe or a window, you simply pay for them. There are four hotels in the capital but this one in the centre is excellent if you want to be close to heart of the action.

This converted warehouse in the heart of Clerkenwell is pretty affordable considering its desirable location. Its 59 rooms are decked in sleek upholstery, cool mood lighting and in-room entertainment systems. Nice little touches, such as hot water bottles and old Penguin paperbacks, add a homely feel. The Zetter’s popular restaurant, which serves modern Mediterranean food, occupies most of the ground floor and looks onto St John's Square.

This fun 30-room hotel in London is a great value option for those wanting their London stay served with a funky twist. Each room has its own theme – including Chinese-themed room Enter the Dragon, 1970s infused chamber Honky Tonk Afro, and Moorish-inspired Casablanca Nights – and the hotel claims have housed many celebs and fashion photography shoots over the years. Paddington Station is but a few minutes’ walk away.

Since 1906, The Ritz has been providing exemplary service to its well-heeled guests. The interior of this elegant building is fastidiously decorated in Louis XVI style with marble columns, rich fabrics and antique furniture. The rooms are furnished in soothing pastel colours, and the chandelier-filled restaurant is offers classic glamour for formal meals, and the famous Ritz afternoon tea is served in the Palm Court at 1530 or 1700.