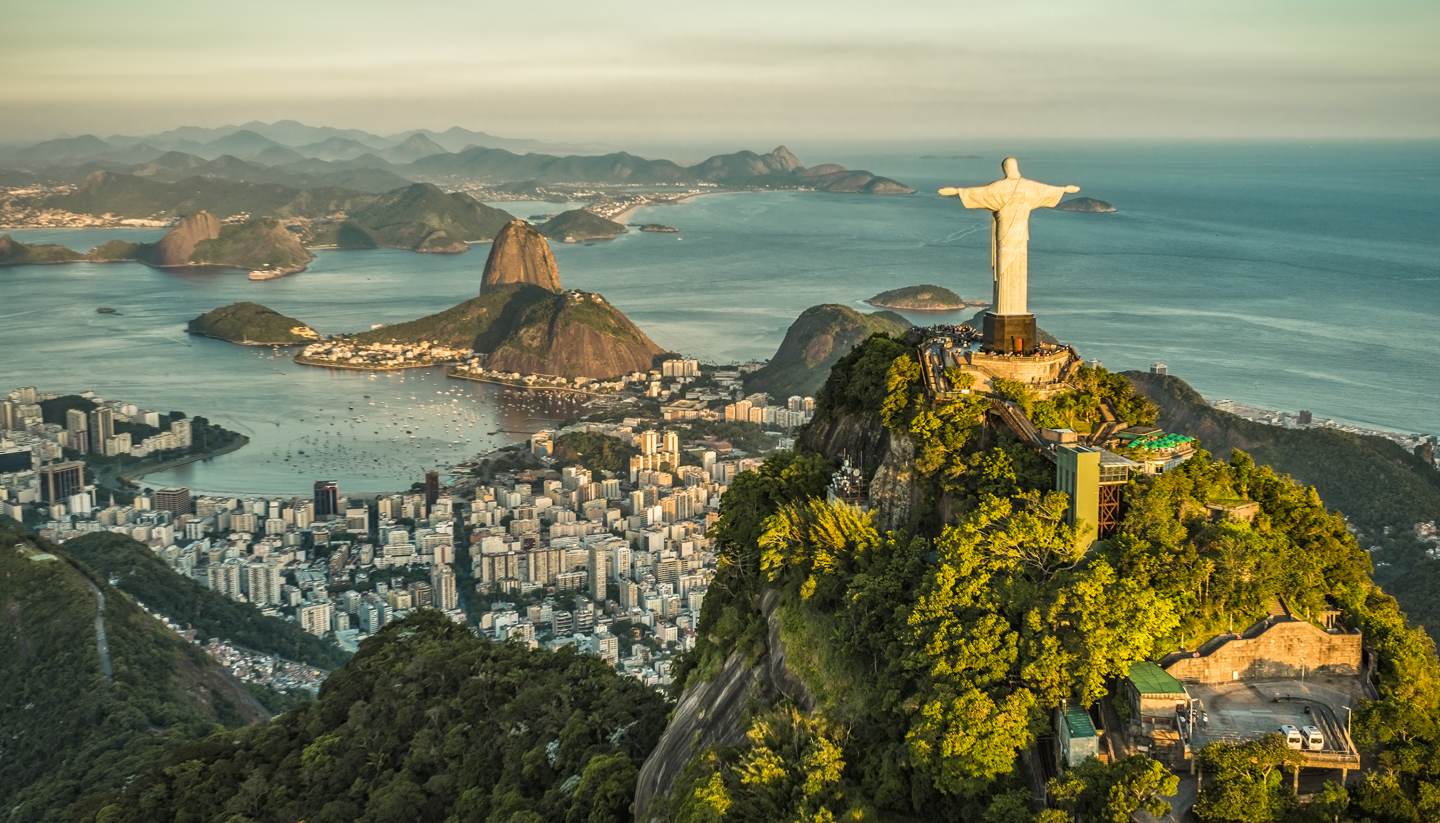 Whether you’re sunbathing on the beach or partying till the early morning, here are some of the best cities to get a taste of the Brazilian lifestyle

Brazil is known worldwide for its stunning shores, scorching weather and some of the largest parties in the world. While there are plenty of beaches to sip a cool caipirinha on, for a true Brazilian experience you’ll want to swing by one of its many well-known cities. So grab your sunglasses and read on to find some of the best spots in Brazil.

Rio de Janeiro holds a reputation as one of the premier holiday destinations in the world, with fantastic beaches, spectacular natural backdrops, and quite literally some of the biggest parties in the world during the Carnival week. The gorgeous Cariocas (Rio residents) seem to spend all their downtime either sizzling on the beach or samba dancing the night away – so make a point of factoring both of these activities into your trip too. Spend the rest of the time ticking off everything on the classic Rio must-do list: riding a cable car to the dizzying heights of Sugarloaf Mountain, snapping a picture of Christ the Redeemer, and sipping açai (a native berry) blends in the laid-back juice bars.

Further afield: The tropical island of Ilha Grande, just off Rio’s coast, is the perfect place to spend a day or two at a slower pace surrounded by lush forests and quiet bays. Trek, swim, sunbathe and wildlife watch to your heart’s content.

Insider tip: Got an appetite? Set aside an evening for an all-you-can-eat meat feast at one of Rio’s famed churrascaria restaurants. Expect waiters to come around with freshly barbecued cuts of meat (churrasco), carving them straight onto your plate.

Before you go, see our Rio de Janeiro Travel Guide. 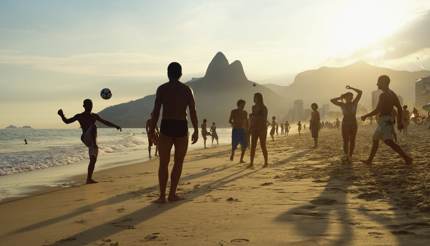 Sprawling São Paulo might be the driving force of Brazil’s economy, but the people put every bit as much energy into playing as they do working. When the sun goes down, seek out Baixo Augusta, a neighbourhood famed for its thriving nightlife. A stroll down its streets will reveal people from every walk of life, including a strong LGBT scene frequenting the gay bars dotted around. During the day, do a gallery-hop to see some of São Paulo’s finest works is your best bet – some of the best spots include Choque Cultural, Museu de Arte Contemporânea and Galeria Raquel Arnaud, each showcasing both established and up-and-coming artists. The city is full of street art too, so you won’t have to go far to see something creative.

Further afield: If you can’t manage a few days without a beach fix, do what the locals do and drive to the Paulista Coast to soak up some sun on the terrific seafront.

Insider tip: Liberdade is home to one of the world’s largest Japanese communities outside of Japan, and is well worth a visit if you happen to be nearby. The weekend market there is the perfect place to grab some hot ramen noodles as you explore the sights.

Before you go, see our São Paulo Travel Guide.

Salvador may be a little less chaotic than Brazil’s bigger cities but it’s every bit as exciting. Renowned for its vibrant arts and music festivals, the streets of Salvador are constantly filled with the sounds of drumming and the smells of delicious street food. Once the first slave port in the Americas, it’s now a hub of Afro-Brazilian culture. Spend your time here wandering the streets, sipping on fresh coconut juice while you admire the colonial architecture and public capoeira sessions (a cross between martial arts and dancing).

Further afield: Take a day trip up the coast to Praia do Forte, where you can spend a few hours browsing in the boutiques, lunching by the shore and seeing Project TAMAR’s protected sea turtles.

Insider tips: One of the best spots to watch the sunset is Ponta da Humaitá, a little spit of land containing a 17th-century church and a small lighthouse. It offers unparalleled views across the bay, for an evening of soft oranges and reds. 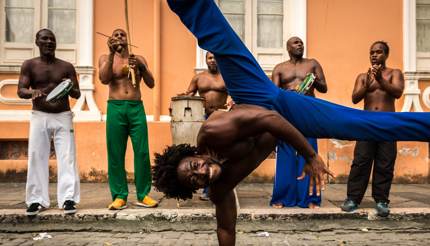 Locals playing the drums and dancing in Salvador

Located right in the middle of the Amazon, most travellers come to Manaus to plan their treks and boat trips into the rainforest. But the city itself has plenty going on too. Probably the most impressive of all Manaus’ sights is the imposing opera house, The Amazon Theatre, where you can hear the Amazonas Philharmonic Orchestra play. Manaus also has lots of bright and busy markets selling everything from Amazonian handicrafts to fresh fish. Due to its status as a free trade zone, prices are low so it’s a good place to pick up souvenirs.

Further afield: Before you head off into the jungle, take a day to visit Encontro das Águas (meaning ‘The meeting of waters’). Just 20km (12 miles) downriver from Manaus, this is where the dark water of the Rio Negro meets the light water of the Rio Solimões. Because of differences in flow and temperature, they don’t mix for several kilometres, but flow side by side instead.

Insider tip: If you’re there during the months of December to May, don’t be put off by the rain – this is the best weather to see the city’s many waterfalls in. 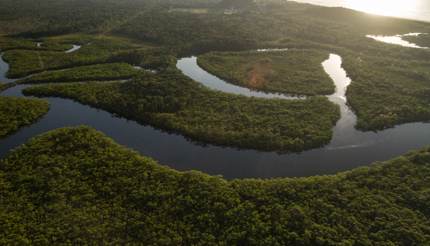 The Amazon rainforest near Manaus

It’s all about the beaches, bars and buggy rides in sunny Natal. The city is surrounded by huge sand dunes, up to 9m (30ft) tall – careering over one of these on a dune buggy is an essential part of any adrenaline junkie’s visit. Those who prefer lying on sand rather than bouncing over it will love relaxing at the clean and quiet beaches of the Rio Grande do Norte. There are also plenty of sports on offer here – the surfing is great and kite-surfing is very popular among the locals too. Spend your nights in the friendly restaurants and bars of Alto de Ponta Negra, which really get going after midnight.

Further afield: Visit Maracajau, which is known as the ‘Brazilian Caribbean’. The diving is eye-popping here, with a deep reef formation and tropical fish to marvel at.

Insider tip: Try your hand at sandboarding, which is effectively snowboarding down a sand dune. It might take a few goes to get the hang of, but you’ll quickly be whizzing down the slopes. 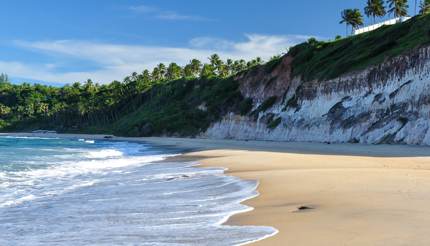 If you’re looking for more amazing destinations, have a look at: