10 things to see and do in Sarajevo 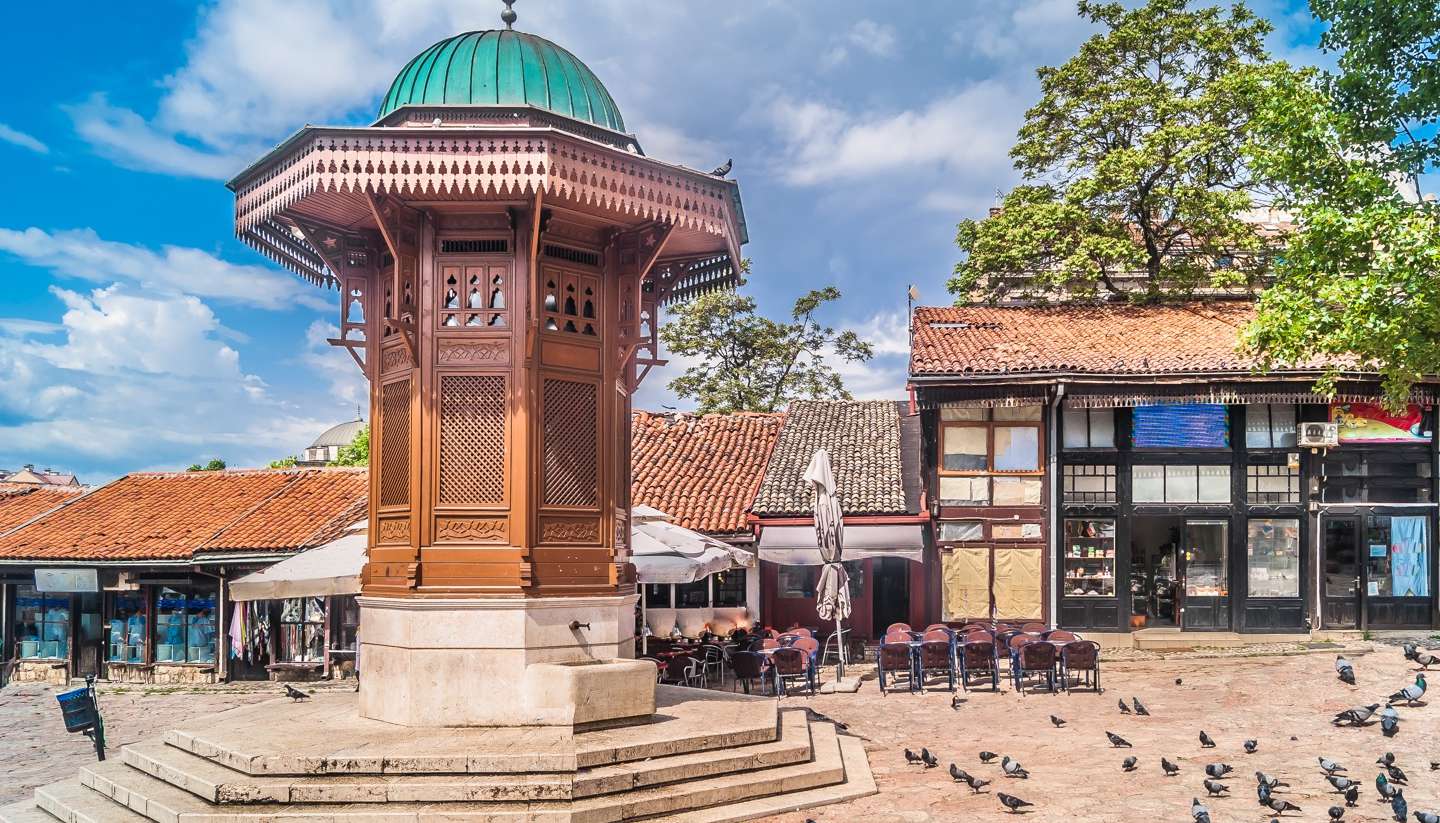 Sarajevo's many places of interest resulted from the scars of past conflicts, here are ten things to see and do that you shouldn't miss

Throughout history, Sarajevo, the capital of Bosnia-Herzegovina, has been shaped by different empires, ethnic groups, religious doctrines and political ideologists, all of which have left their mark on the city. Today, the city puts its traumas behind and look forward to a brighter future. Here are ten of the best things to do when you are visiting Sarajevo.

1. See the spot that triggered World War I

On 28 June 1914, just outside of the Museum of Sarajevo 1878-1918, Archduke Franz Ferdinand of Austria and his wife Sophie were assassinated. The event triggered a series of crisis which eventually led Austria-Hungary and its alliances to declare war on Serbia and its alliances, starting World War I. The war lasted over four years, causing 20 million deaths and the fall of four empires (Germany, Russia, Ottoman Turkey and Austria-Hungary).

Inside, the museum gives more information about that fateful day and tells the story of Sarajevo’s tumultuous history before the conflict that changed the world. 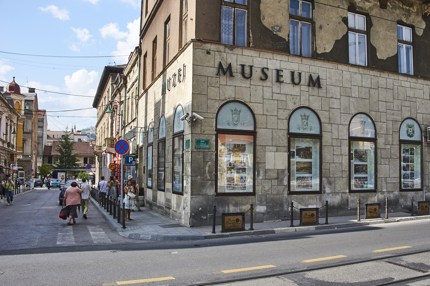 The spot where Archduke Franz Ferdinand and Sophie were assassinated

2. Spend a day in the Old Town

A cultural crossroads between the east and west, Baščaršija, meaning the main trading centre in Turkish, is where most visitors start the tour of the Old Town. Within short walking distances away, you will find numerous historic buildings and museums. Worthy diversions include the Gazi Husrev-beg Mosque, the first mosque in the world to have electricity in 1898, Old Orthodox Church, Brusa Bezistan (Museum of History), Museum of the Jews of Bosnia and Herzegovina, and the City Hall.

The City Hall, an imposing neo-Moorish building, was badly damaged during the Bosnian War. With generous donations from European countries and after years of work, the building is now restored to its former glory. 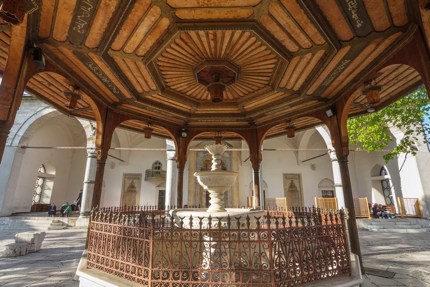 The fountain outside Gazi Husrev-beg Mosque 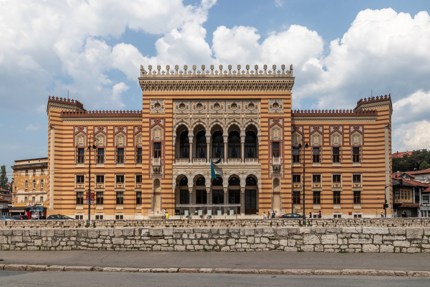 3. Haggle with hawkers in the Old Town

The narrow, cobbled streets of the Old Town are lined with a rich variety of independent shops, selling everything from decorative Arabian lanterns to copper coffee sets and carpets. 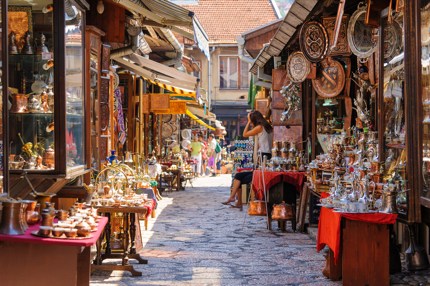 4. Discover the delights of Bosnian cuisine

Like Sarajevo itself, local cuisine is a fusion of east and west. Sogan dolma (stuffed onions), Bosanski ionac (a meat and vegetable stew), burek (stuffed pastry), ćevapi or ćevapčići (grilled sausage wrapped in pita) are hugely popular. In traditional restaurants, dishes are served in sahans (metal plate with a cover). 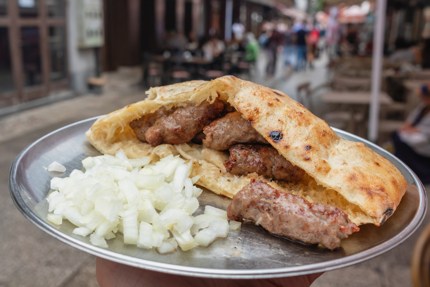 5. Enjoy a pint of beer at Sarajevo Brewery

Founded on 24 May 1864, the brewery (Sarajevska Pivara) went through the Ottoman empire and then the Austria-Hungary empire. It was nationalised in 1923, it then thrived during the Yugoslavia period, survived the Bosnian War, and today it continues to grow from strength to strength.

Try the house specialities, both the premium pale lager and unfiltered dark beer are delicious. 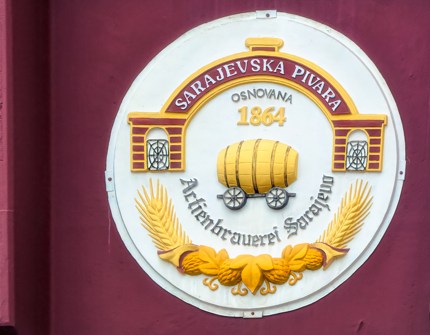 6. Go underground at the Tunnel of Hope

During the Siege of Sarajevo, the longest-running siege of any city in modern history, a tunnel underneath the airport was the only way in and out of the city for many inhabitants.

After the war, a section of the tunnel became a museum. Today, visitors can walk along a length of this underground passage, learning about the extraordinary resolve and ingenuity of the people of Sarajevo during the dark days of the Bosnian War. 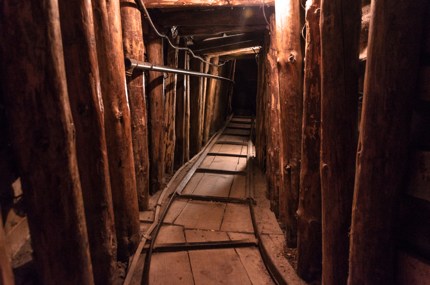 7. Learn about the history

It can be hard to make sense of the country’s complicated history but the History Museum of Bosnia and Herzegovina does a good job sharing the events from the Middle Ages to the present with visitors.

Located near the Tehnička škola ŽS tram stop, the museum has about 300,000 artefacts and exhibits, with a large section focusing on the periods following the three wars that devastated the country.

8. Have fun at the Museum of Optical Illusions

If all the war museums are beating you down, head to this immensely fun museum where many items on display are the works of talented young Sarajevo artists. 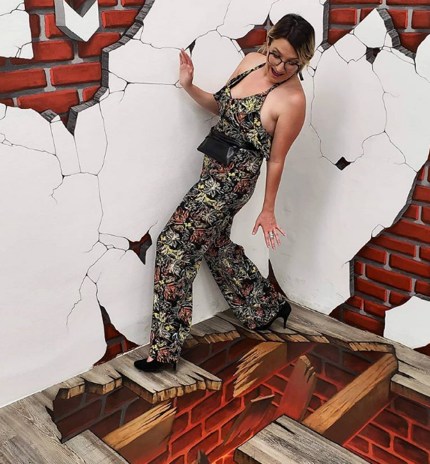 Sarajevo’s tallest skyscraper flirts with the clouds at 142m (466ft) and offers sweeping views across the city and the hills beyond. A glass-walled lift whisks you from the ground floor up to a sky bar. For the best views, head out to the viewing platform above the bar. 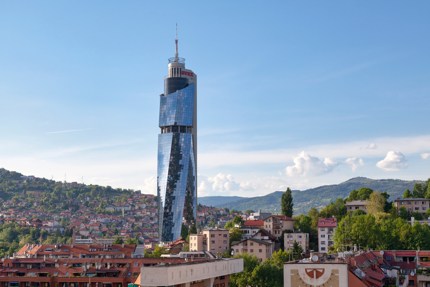 Sarajevo was the first city in the Balkans and Central Europe to have a tram line. Back in 1885, the tram was pulled by horses but it relies on electricity today. You can hop on one from Vijećnica (the tram stop in front of the City Hall) to Skenderija (the tram stop near Ajfelov most, the footbridge designed by Gustave Eiffel). From there, you can walk to the BBI Center for some shopping.

Purchase the ticket from a kiosk and get it validated as soon as you enter the tram.