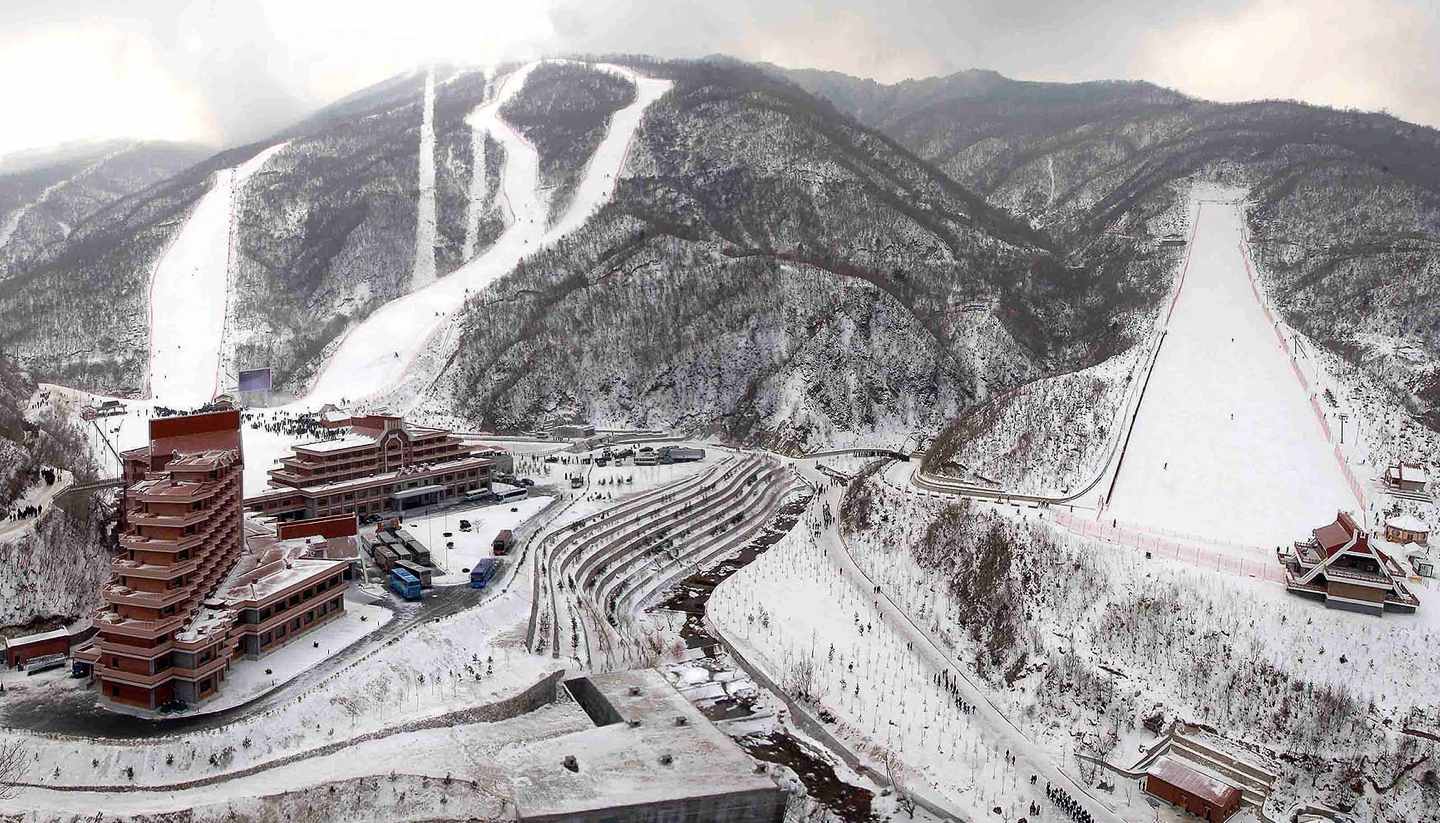 Hitting the slopes this winter and getting bored of mainstream ski resorts? From hermit kingdom to active volcano sites, here are the 19 strangest places to ski

Most people wouldn’t consider skiing in Algeria, Pakistan and Iran, but why not? If you’re getting bored of mainstream ski resorts, here are the 19 strangest places to ski but fair warning, you may be skiing among machine guns in a few of them.

North Korea’s only luxury ski resort is a project by its leader Kim Jong-un who hopes to use it to increase foreign tourist numbers. Brave visitors to Masikryong will enjoy the 110km (70 mi) of powdery snow and deserted piste, along with outdoor video screens promoting the political cause and their leader. After a day of skiing, guests can relax at its onsite 120-room hotel which includes a sauna, massage room, beauty parlour and an ice-skating rink. 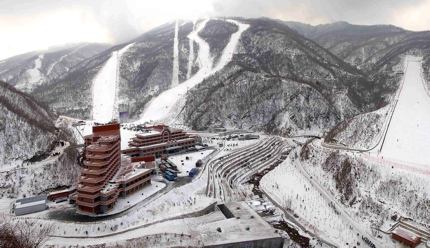 That’s right, you can ski in Hawaii. Mauna Kea – which translates as ‘white mountain’ – may not have lifts, trail maps or any ski resort facilities, but at nearly 4,205m (13,796ft) it does occasionally get sizeable snowfalls between December and February, making it ideal for hours of backcountry skiing. And where else can you have après-ski on the beach? Life can’t get much better than this. 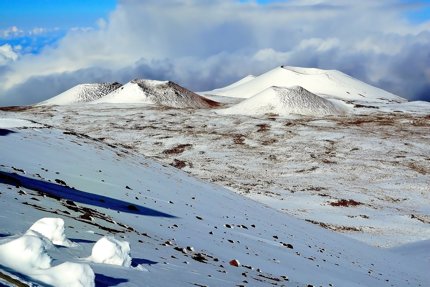 With no ski lifts or marked runs, it’s probably best that you don’t tell your mum you’re going skiing in Bamyan, in Central Afghanistan, about 180km (112mi) west of the capital Kabul. Come to think of it, the Foreign Office might try to dissuade you as well. But with adventurous tours on offer, and the annual Afghan Ski Challenge enticing the competitive explorers, more people are flocking to the Afghan slopes.

Blown up by the Taliban in 2006, Pakistan’s Malam Jabba ski resort in Swat Valley reopened in 2011 – and now it’s better than ever. Perched some 2,804m (9,200ft) up in the Karakoram mountain range, Malam Jabba is equipped with one lift and a small ski rental shop stocked with ski and snowboard equipment. The nearest airport is Saidu Sharif Airport which is 48km (30mi) away. Just be prepared for an unorthodox après-ski experience – alcohol is a banned in Pakistan. 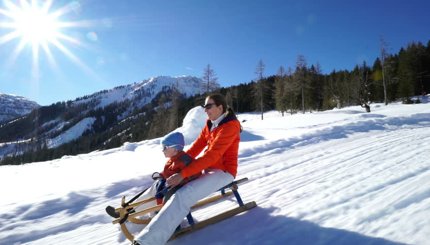 Iran has over a dozen ski areas but the three ski resorts (Dizin, Shemshak and Darbandsar) in the Alborz mountain range are better known than others. Dizin is the largest and most developed ski resort, with a strong reputation for dry powder that falls in abundance from December to April. To get there, you fly to Tehran and hire a car with a driver, or book a package with the resort and they will include roundtrip transfer. There are two ways to reach the resort from Tehran, the shortest route is via Shemshak (71km or 44mi) but this road is shut sometimes due to heavy snow. Alternatively, your driver will take you via Karaj which would add 50km or 31mi into the journey. Dizin has four lifts and a ski rental shop. 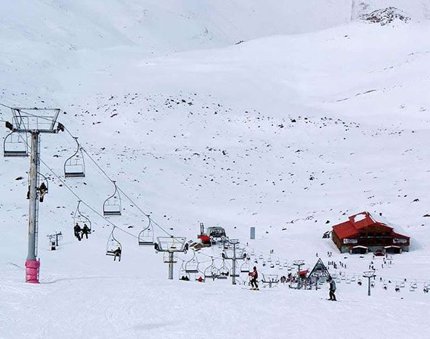 Suffice to say that when the Armed Islamic Group commandeered the mountainous regions across Algeria (including Mount Chréa) from 1992 to 2002, skiing was not on the agenda. When the militants left, the lodge and lifts had been destroyed. Thankfully, the ski community and the Algerian government decided to rebuild the ski resort over the following few years. Today, skiers return to the pistes which meander through gorgeous Atlas cedar forests few would associate with Algeria at first glance. 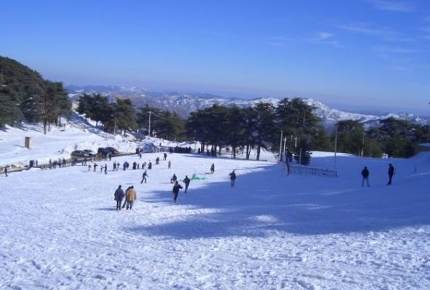 In marvellous South Africa, it’s feasible to go on safari and ski all in one day, thanks to Tiffindell, the country’s only ski resort. Located in the Southern Hemisphere and nestled some 2,720m (8,924ft) up Ben Macdhui in the Eastern Cape, Tiffindel usually offers skiable snow from mid-June to mid-August. Après-ski comes courtesy of Ice Station 2720, the loftiest pub in South Africa. 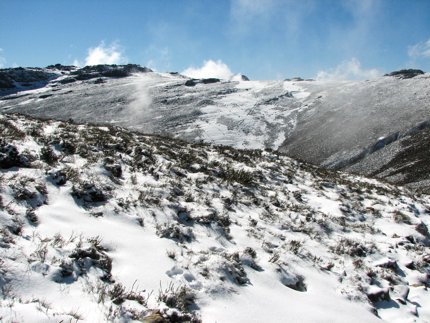 Mt Hermon straddles one of the world’s most contested borders, with Israel on one side, and Syria and Lebanon on the other. But with 14 pistes including two black runs, as well as sledding and other wintery activities available, the resort is very popular with locals and offers some great skiing for all levels. The views at the top are pretty special too. 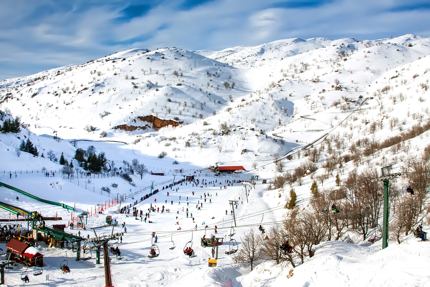 Think Morocco and what comes to mind? Marrakech’s sultry souks? Essaouira’s windswept beaches? Oukaïmeden’s powdery pistes? Okay, probably not the latter, but despite being on the road less travelled, Oukaimden is in fact home to some serious slopes, which begin some 2,600m (8,500ft) up in the Atlas Mountains. Located 80km (50mi) from Marrakech, the resort has two ski lifts, ski rental facilities and a few hotels nearby. 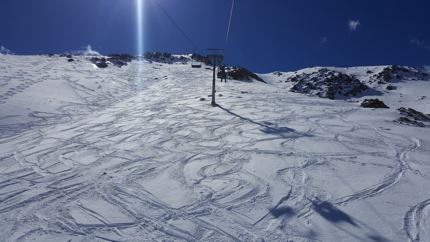 The thought of skiing on an active volcano that billows smoke from its central crater regularly may not be everyone’s cup of tea, but for thrill-seekers, sampling the powder at Mt Etna is a must. There are two resorts here – Piano Provenzana and Nicolosi, the latter is larger and has lifts taking skiers to the summit. 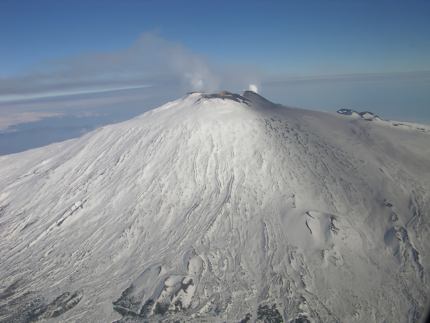 Chances are you’ve probably never even heard of Lesotho. This tiny kingdom within the borders of South Africa is actually a great, little-known skiing spot from June to August. Located in the Maluti Mountains some 3,322m (10,900ft) above sea level, the sweeping African scenery alone makes a skiing trip there worth it. The resort is small but its remote feel and uncrowded slopes will appeal to adventure seekers. Did we mention it also has bumboarding & tubing alleys?

Forget sunshine and shrimps on the sizzler, Australia’s most southern state seduces with sparkling snows, thrill-seeking schussing and scenic summit runs from July to early September, winter in the Southern Hemisphere. As part of Ben Lomond National Park, the ski village is regularly visited by wombats and red-necked wallabies during the winter months. So get your camera ready and prepare to fire up your Instagram with these adorable marsupials. 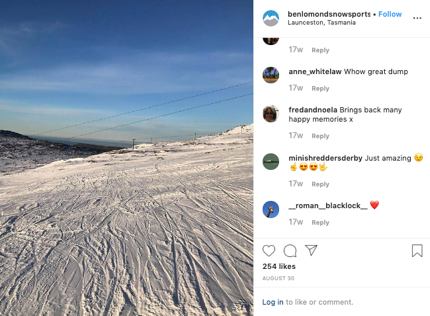 Snow may not spring to mind when you think about the Middle East, but Lebanon actually has six ski resorts and most notably Mzaar Kfardebian. At the powder-perfect heights of 2,465m (8,087ft), it was the vision of Sheikh Salim that turned Mzaar into a modern mountainside mecca. With over 80km (50mi) of groomed goodness to get through and a weekday ski pass costing just 50,000 Lebanese pound (US$33 or £25), the Alps will have to wait another season. 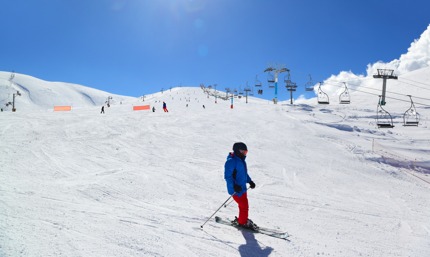 Possibly your only opportunity to slide down Aphrodite and be dragged along by Zeus, the skiing at Mt Olympus in the Troodos mountain range in Cyprus certainly runs with the mythology theme. Said to be Europe’s most southerly ski resort, My Olympus features lifts and trails named after Greek gods (think: Hermes and Hera), although the snow reliability may be a little less pious. 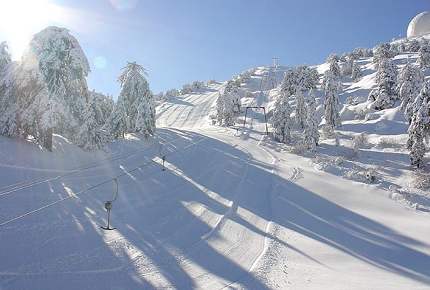 The runs of Mount Olympus in Cyprus are named after Greek godsSkiCyprus.com

Gulmarg in Indian-administered Kashmir is fast becoming an open secret among hard-core skiers, but please be mindful of renewed tensions between India and Pakistan following India changing the status of Jammu and Kashmir in August 2019, revoking Article 370 that guaranteed special rights to the Muslim-majority territory. If it’s adventure you’re after, the ungroomed Himalayan slopes are wild and rewarding. Best for experienced skiers and advanced boarders. 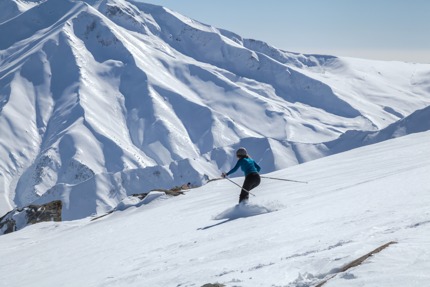 In 1984, Sarajevo hosted the Winter Olympics – back then the country was known as Yugoslavia and a few years later, the once preened pistes of Jahorina were destroyed during the Bosnian War of the 1990s. Now the country is Bosnia and Herzegovina and the ski resort had been rebuilt, making it once again the prime destination for alpine skiing, snowboarding and cross-country skiing with 11 lifts and 25km (15mi) of slopes. Stay on the marked runs though as mine clearing is still taking place off-piste. 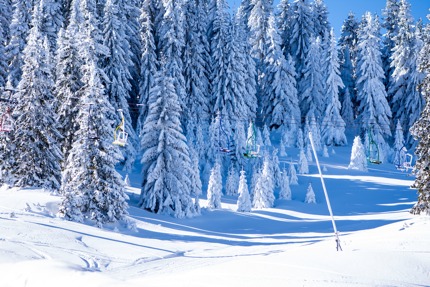 The ancient Silk Road traders probably thought that snow falling in abundance was more a hindrance than a blessing and they happily left the finest powder in Fann Mountains alone. Today, getting to this mountainous area still requires some careful planning, particularly during winter months when snowstorms can blanket the region for weeks, but the ungroomed slopes have perhaps some of the finest powder you have ever come across. 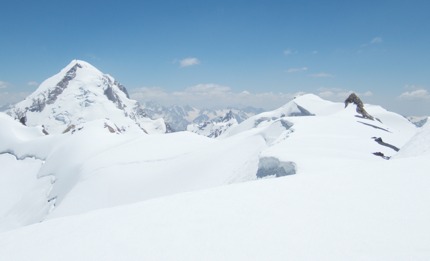 Cerro Castor, 26km (16mi) from the city of Ushuaia, is a long-term favourite of Argentine skiers and boasts the claim to fame of being the most southerly ski resort in the world. The year-round icy conditions mean the resort benefits from the longest ski season in South America and it’s possible to ski at just 200m (660ft) above sea level. There are 12 lifts and over 30 ski tracks in the resort. 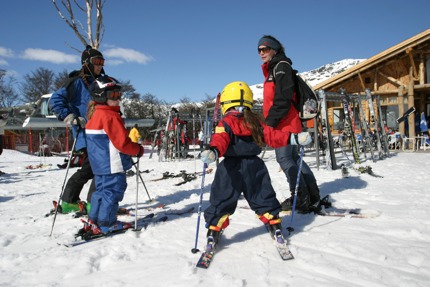 There’s no ski resort in the world that can hold a candle to Union Glacier. Forget lifts, lines and lanes, this is authentic ski-touring, offering skiers the chance to traverse miles of rugged, isolated, snow-capped terrain in the summer months (November to January) – yes you heard that right, temperatures here stay below freezing even during summer months. Apart from backcountry and cross-country skiing, there is also a groomed fat-tire bike loop. As this is a remote area, go with a tour company and be prepared to pay a substantial fee. 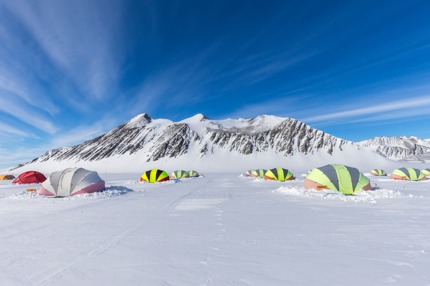