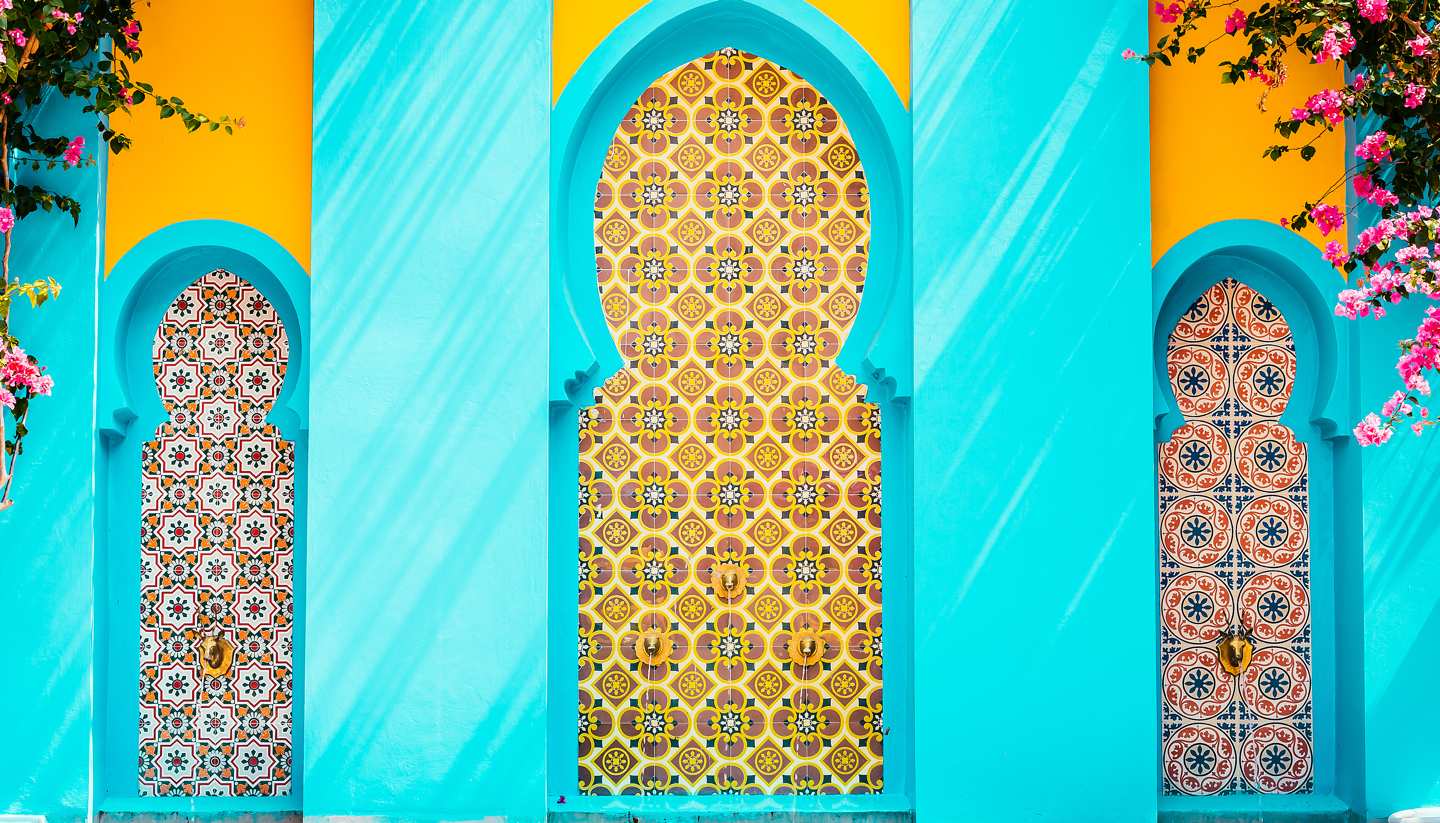 Morocco's climate is very diverse, varying with the season and region. The climate is Mediterranean on the coasts, humid temperate at higher elevations, and hot and dry in the south-western part.

Coastal cities in the north – Tangier, Rabat and Casablanca – all have a similar Mediterranean climate with hot and dry summers and relatively warm and wet winters. In Casablanca, August is often the hottest month with an average high of 30°C (86°F) and maybe 10mm (0.4in) of rain. January is slightly cooler, with an average high of 18°C (64°F). Rainfall is abundant from November to March. The best time to visit these coastal cities is from May to September as the period is warm and dry.

Marrakech, which lies inland in the Tensift River valley, has a subtropical semi-desert with very hot summers and warm winters. Temperatures do fluctuate significantly between day and night. For more information, see the weather in Marrakech and the best time to go guide.

The Atlas Mountains are popular from March to November, although the scorching heat between June and August may make travelling uncomfortable.

Lightweight cottons and linens are best worn during summer, with a jacket for cooler evenings. In winter, pack light to medium-weight clothing. Waterproof gear may also be needed, depending on where and when you are going.

Men and women should not wear revealing clothing in public – beachwear, sleeveless tops, shorts, and clingy clothing are acceptable by the hotel pool but not in public places.

Morocco is located on the westernmost tip of north Africa, bordering the North Atlantic Ocean and the Mediterranean Sea. It sits just 13km (8mi) away from Gibraltar and shares land borders with Algeria and the disputed territory Western Sahara, which is in the south.

The interior of Morocco is mountainous. Like an elongated spine, the Atlas Mountains run from the southwest to the centre of Morocco, before extending eastward to Algeria and Tunisia, while the Rif Mountains run along the north coast. Often snow-covered in winter, Morocco's mountains are home to the country's significant indigenous Berber population, whose unique culture, crafts and costumes make for a fascinating visit.

The long stretch of the Atlantic coast down Morocco's western side features a few vibrant cities – among them Tangier, Rabat, Casablanca, Essaouira and Agadir. The coastal part is separated from the mountainous region by wide swathes of fertile plains.

The Sahara – Africa's largest desert – stretches its toes into southern Morocco. Far from being featureless, it is dotted with palm-fringed oases and traditional villages.