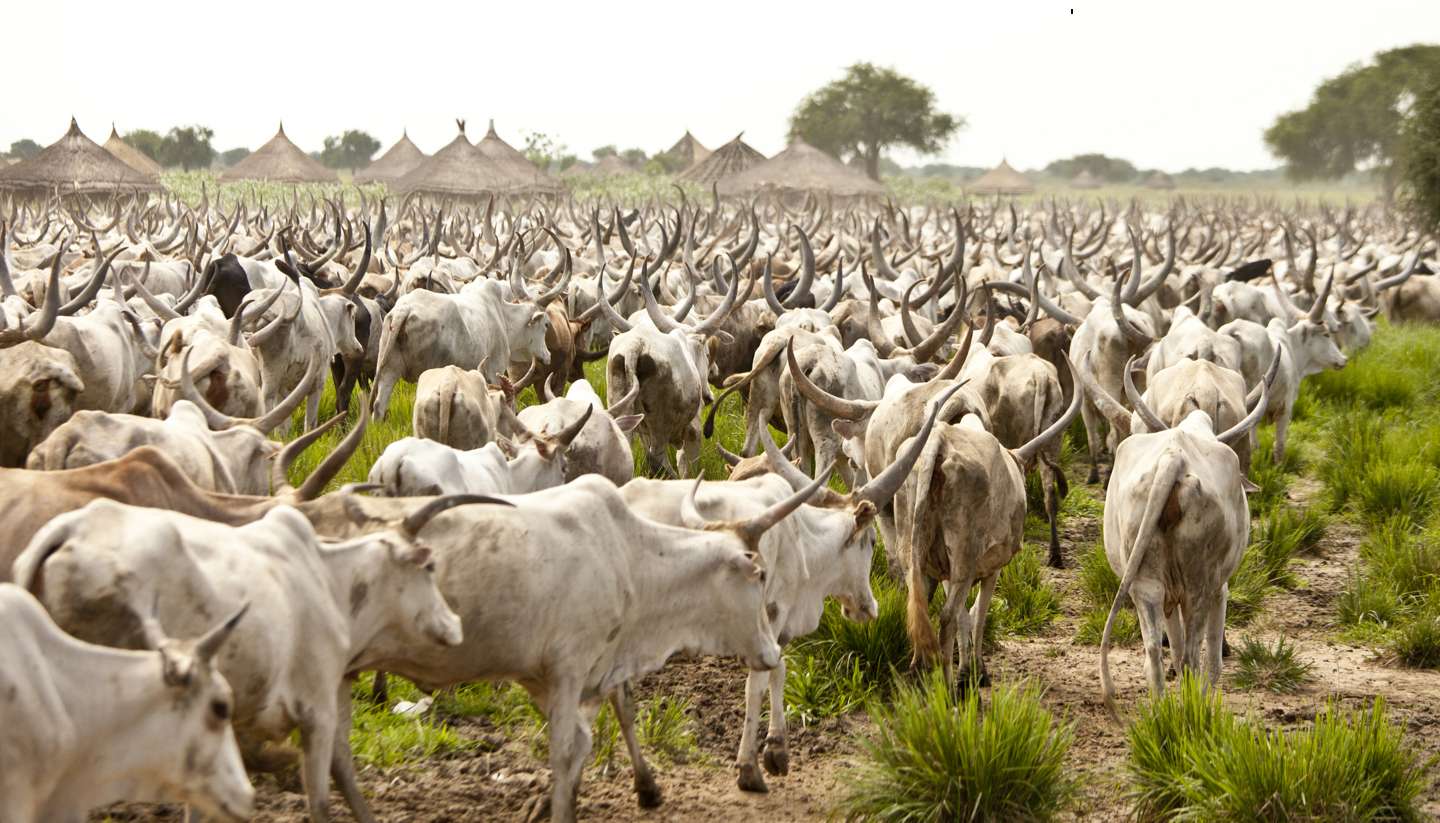 Food here is traditionally simple, based around pounded millet, from which most South Sudanese get the majority of their daily energy requirements. In urban areas, cassava fritters and bread can also be found.

The key ingredient is perhaps the peanut, which acts as a base and thickener to many dishes. Meat, particularly goat, beef and chicken, is regularly consumed, but in small portions as part of a sauce which tops and adds flavour to the pounded millet. Cuisine from neighbouring Ethiopia is also ubiquitous.