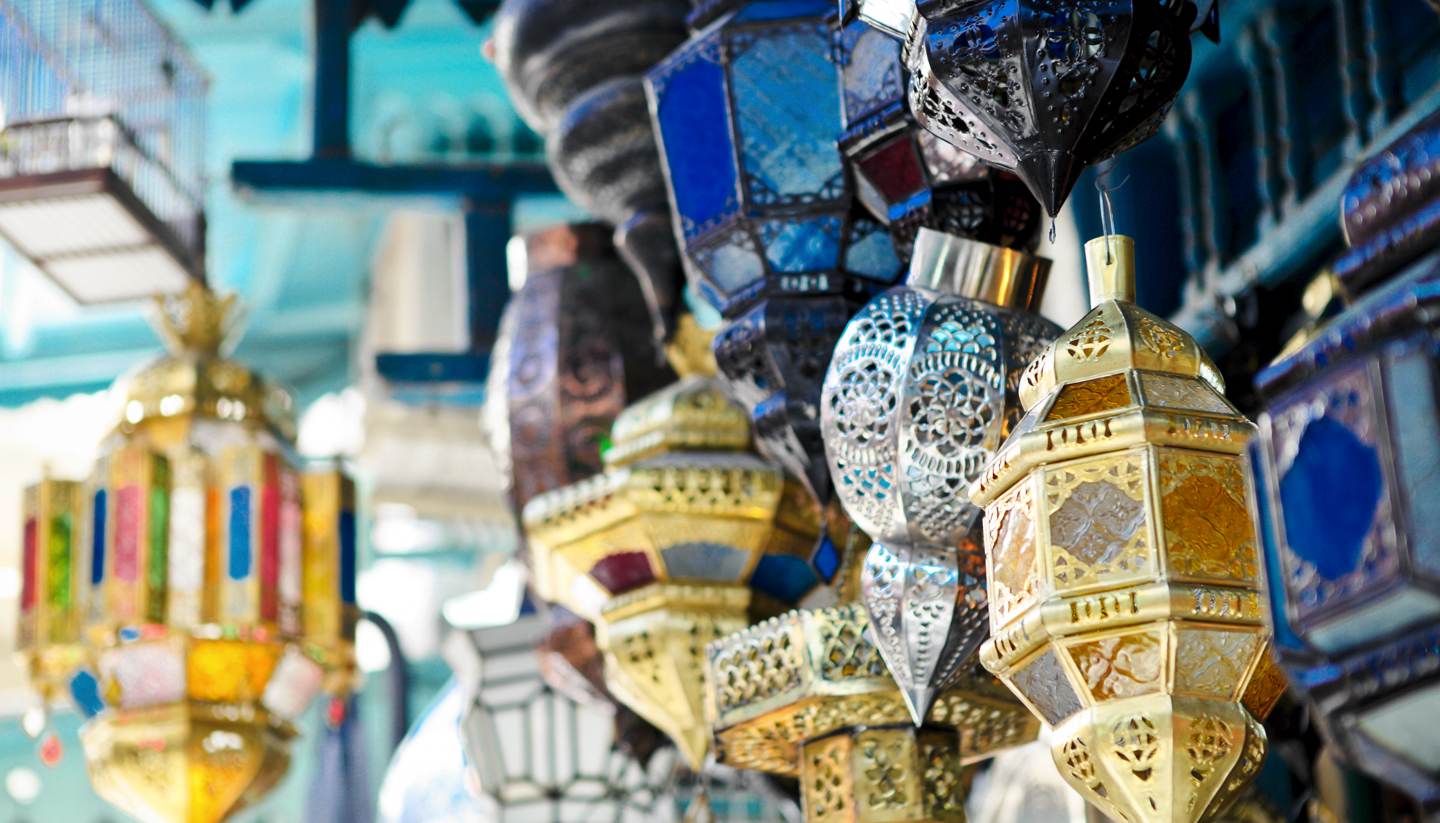 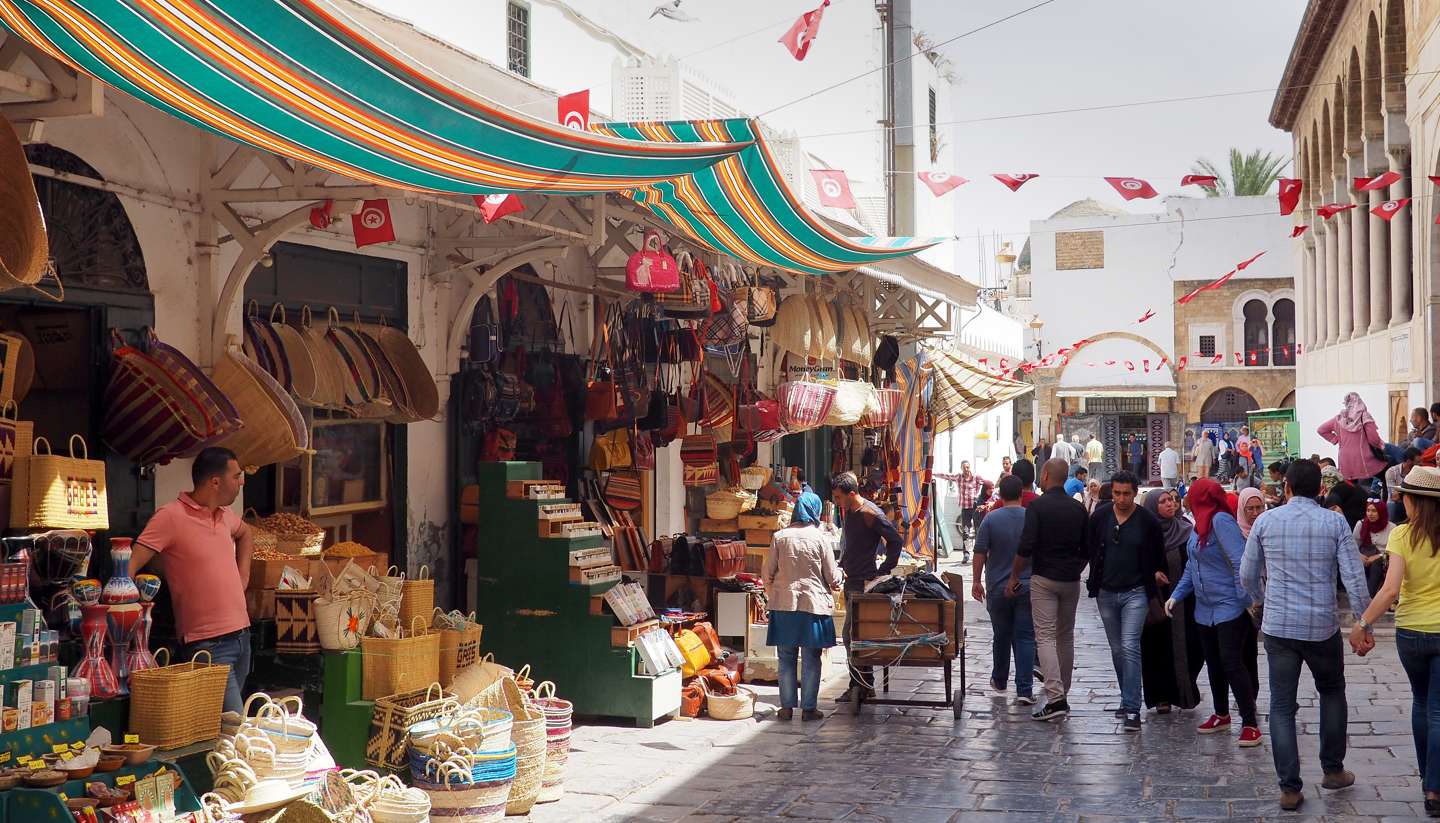 With its bustling medina and even busier harbour, Tunis is a city with a vibrant heart, but it's the combination of Arabic, African and European traditions that make the Tunisian capital an invigorating visit.

Nowhere feels quite as exotic as Tunis's historic and spiritual bloodline, the sprawling medina, where a winding maze of alleys and souks all seem to lead to the latticed Al-Zaytouna Mosque, which was built in 732 CE by the Umayyad dynasty. Much of the material came from the ancient ruins of Carthage, among them 160 of its columns.

But the mosque is not the only reason to visit. Most enter via the Bab El-Bahr, or French Gate, a crumbling stone arch that frames the main route into the medina and is a photo-worthy spot on its own; the quaint Dar Ben Abdallah museum meanwhile is a cultural gem that documents the artistic life of Tunis during the Ottoman period.

The friable stone of the medina couldn’t be more at odds with what the locals refer to as the Ville Nouvelle, a stretch of tidy colonial buildings constructed by the French around the Arab old town. Rows of stately palm trees line the main avenue, Habib Bourguiba, as do pleasant cafés selling mint tea and sweet honey pastries.

Pleasant though the Ville Nouvelle is, Tunis is a city defined by its history, and reminders of the past are everywhere. The remains of the great Carthage itself sit just a short drive from the city centre, but much has been lost since the days of Hannibal. Many of the other ruins are Roman, among them the fabulous Antonine Baths.

Tunis, though, doesn’t have to be all dust and relics. Nearby is Tunisia's beautiful blue and white village, Sidi Bou Said, which will inspire as many tourists as it did artists, while the gorgeous sand beaches of La Marsa are ideal for a spot of sunbathing.

Overlooking the whole of Sidi Bou Said, Dar Fatma is a small and welcoming traditional house in Tunis, scrubbed clean and decorated with great style and care, with modern furniture against bare walls and Tunisian woodwork. Glorious yet intimate.

In a quiet back street, in the heart of the picturesque village of Sidi Bou Said, is this charming hotel set around four patios filled with bougainvillea. Whitewashed walls and blue window frames give everything a clean air. Rooms are spacious and comfortable, furnished in local style, and there is a small pool in the garden. The service is excellent, and there are some good restaurants within a minute's walk from the front door.

Simple, uncluttered rooms with high-shuttered windows and a good location near Avenue Habib Bourguiba make this a decent budget option in Tunis.

A modest yet pleasantly welcoming hotel in Tunis, well located for both the medina and the train station. Rooms are quaint, although some have nice wrought-iron balconies to add to the charm. Clean, and great value for the price.

This small luxury boutique hotel, the first in the medina, is located in the grand Belouahane family mansion, and still run by the family. It blends traditional architecture with contemporary tastes and amenities, with individually styled rooms to make you feel like you're in a jewel box, plus a lovely courtyard and roof terrace for relaxing.

This old-fashioned French colonial hotel in Tunis has immaculate and comfortable rooms oozing character and period detail. Rooms at the back are quieter and overlook a pleasant courtyard.