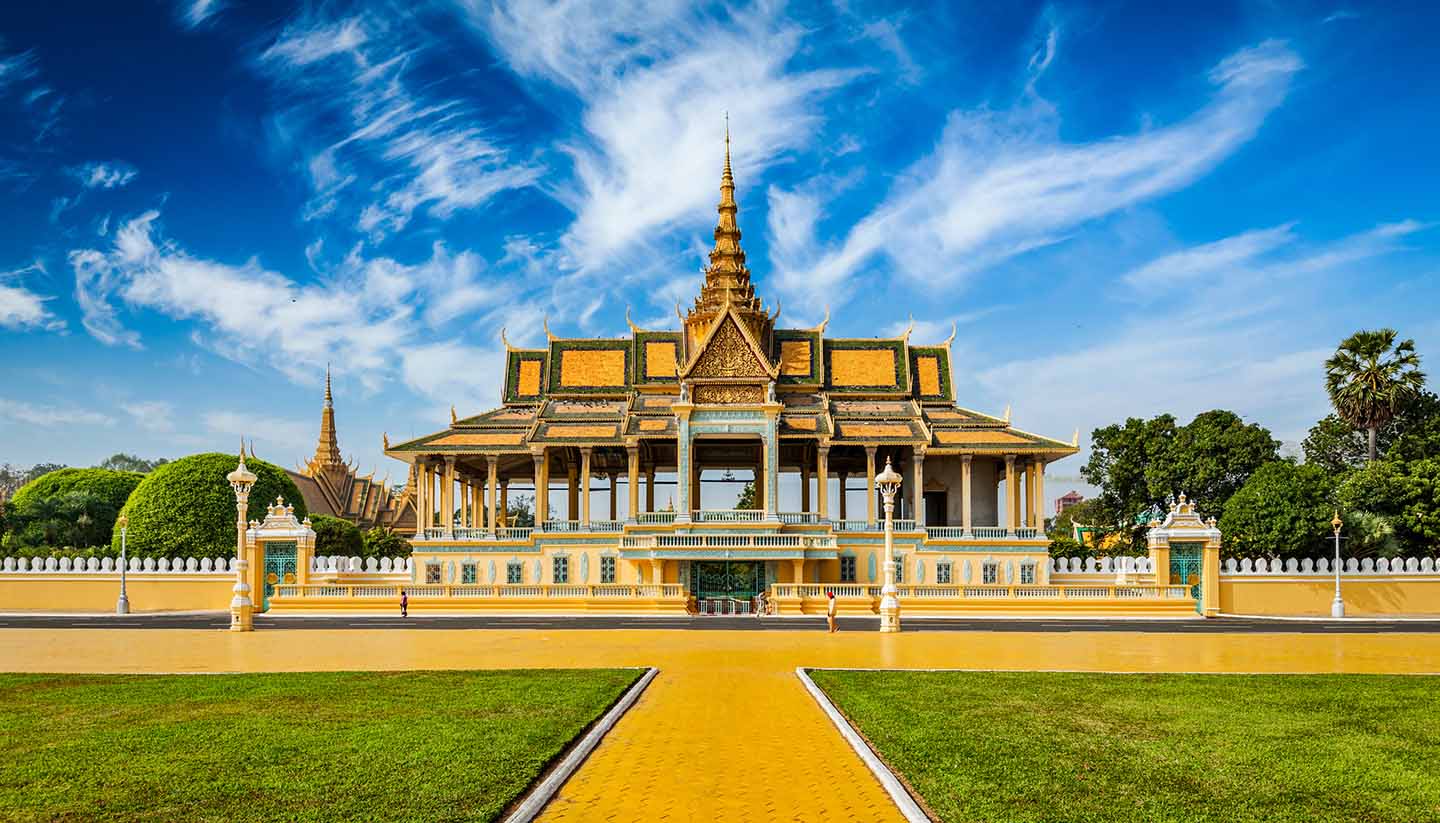 Located in the tropical zone north of the equator, Phnom Penh has a wet and dry climate, meaning it has two distinct seasons: rainy and dry.

Rainy season (May to October) sees high temperatures and humidity, with brief (often daily) downpours making an appearance before the sun reappears.

Dry season (November to April) is comfortable with temperatures hovering around 25°C (77°F) in January and almost no rainfall. This is the best time to visit. The Cambodian New Year, which takes place around April, is also a good time to visit.

Despite it has two distinct seasons, Phnom Penh is widely considered as a year-round destination.

Guidetype and fpcity weatherwtg_cforecast_table
View help Close help
Last updated: 2021-12-09 00:16:16
We update the weather data for from our weather partner every four hours. The time the last update was received is detailed here.
Actual Forecast Location: We have 830+ weather locations on the worldtravelguide.net website. Where no exact location is available we have used the nearest appropriate forecast point.
Symbols indicate the predominant weather for the day in question, calculated based on a weighting of different types of weather. So if a day is forecast to be sunny with the possibility of a brief shower, then we will see a sunny or partly cloudy symbol rather than a rain cloud.
The maximum temperature is the highest temperature forecast between dawn and dusk, and the minimum temperature is the lowest temperature expected from dusk on the day in question to dawn the next day. The temperature is in °C, or Celsius.
Wind speed and direction are the conditions expected at midday. Wind direction is based on a 16 point compass. W, SW, SSW, etc. The wind direction states where the wind originates. Wind speed is listed in MPH or miles per hour.
Humidity levels indicates how much water vapour the air contains compared to the maximum it could contain at that temperature. As a general guide:
Pressure is measured in millibars (mb)
Visibility based on whether the human eye can see the following distances:
Close