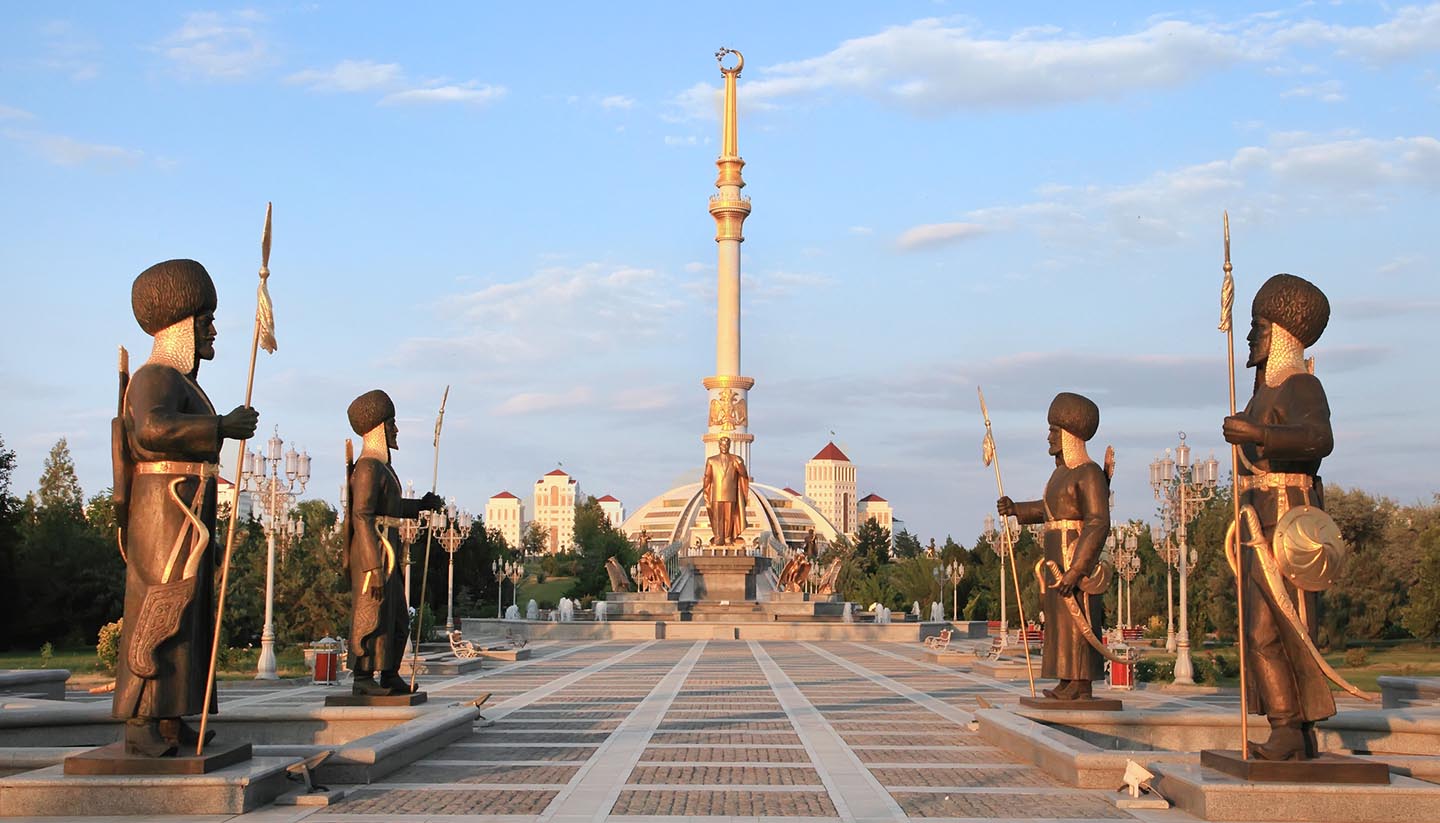 The territory of what is now Turkmenistan provided the bedrock for many of the most powerful empires of their age. The Parthians, the Seljuks and the Khans of Khoresm all based their empires at various points on the edge of the Karakum Desert, while Alexander the Great conquered the region during his epic campaign of the 4th century BC. The influence of Islam dates from the 7th century AD, when the region was under Arab control.

Modern-day Turkmen are descended from tribes that migrated to the area from the northeast in the 10th century. Around 300 years later, Genghis Khan arrived from the same direction and incorporated Turkmenistan into his expanding empire. From the 15th century, the area was under Persian domination until the Russian move into Central Asia at the end of the 19th century.

Turkmenistan fell into the British sphere of influence until the Bolsheviks took control of the region in 1920 and incorporated Turkmenistan as a Soviet republic in 1925. Hampered by its backward economy, the country struggled to embrace the reforms made possible by Glasnost and, despite gaining independence in 1991, still retains many more of the trappings of the old system than other post-Soviet republics.

Elected as sole candidate, its first President, Saparmyrat Niyazov ruled until his death in 2006 having been declared president for life by a Mejlis (parliament) made up of elected representatives he had hand-picked. His successor Gurbanguly Berdimuhamedow repealed some of Niyazov’s more eccentric laws, such as banning opera and circus, and established links with western powers hungry for Turkmenistan’s vast reserves of natural gas.

A semblance of two-party politics has been introduced, but in practice the opposition Party of Industrialists and Entrepreneurs, established in 2012, operates only under the sanction of the dominant Democratic Party of Turkmenistan, the former Communist Party. Turkmenistan maintains a position of permanent neutrality in all international relations, a stance the United Nations has formally acknowledged since 1995.

Did you know?
• More than 80% of Turkmenistan is covered by the Karakum Desert.
• The site of the ancient city of Merv, a major oasis-city on the Silk Road between West and East, has been listed as a UNESCO World Heritage Site.
• In 1997, ‘President-for-Life’ Saparmyrat Niyazov presented the country with a new national anthem he had composed and written the words for – it’s called ‘Independent, Neutral, Turkmenistan State Anthem’. Catchy.

Lipioshka (bread) should never be laid upside down, and it is normal to remove shoes, but not socks, when entering someone's house. Shorts are rarely seen in Turkmenistan and, if worn by females, are likely to provoke unwelcome attention from the local male population.

Turkmen is the official state language, and is closer to Turkish, Azeri and Crimean Tartar than those of its neighbours Uzbekistan and Kazakhstan. The Turkmen script was changed from Latin to Cyrillic in 1940, but the process of changing back to the Turkish version of the Latin script is underway.