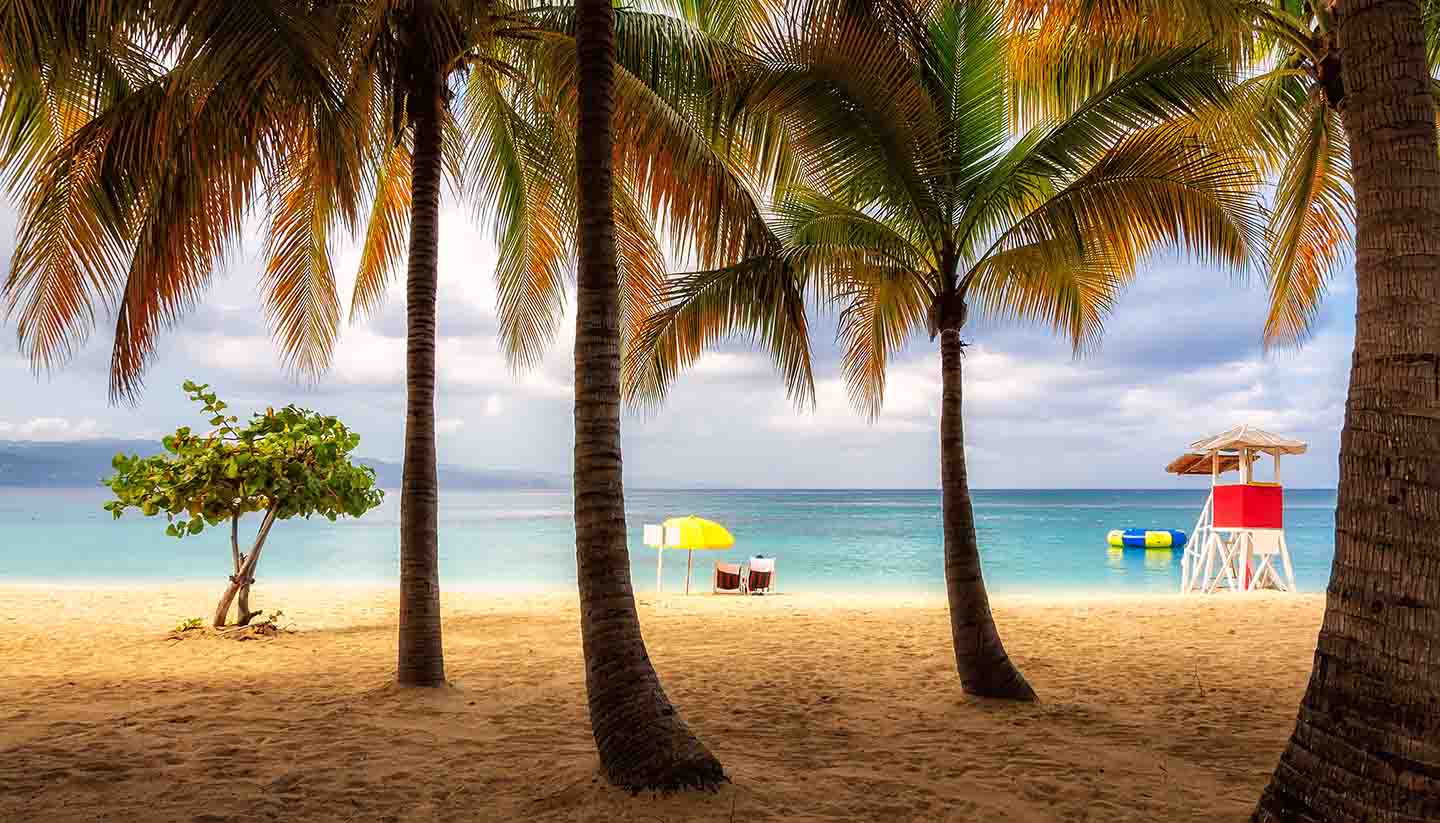 Things to see and do in Jamaica

Jamaica is world famous for its landscaped gardening, so if you want to see some vibrant blooms check out Shaw Park Botanical Gardens, a 10-hectare (25-acre) collection of exotic Caribbean flora, which includes bougainvillea and hibiscus, the national flower. Situated on a hilltop with great views over Ocho Rios and the Caribbean Sea, the gardens' centrepiece is a waterfall, tumbling through banks of flowers.

Take a rejuvenating dip in the curative waters of the Milk River, which feeds a government-owned spa nearby. Discovered in 1794, these spring-fed therapeutic waters reach temperatures of 33°C (86°F), relieving ailments such as arthritis and lumbago.

This isolated oasis comprises three golden sandy bays on the south of the island, where palm fronds sway, azure waters lap, and local fisherman sail their colourful boats to fish amongst the cays on the horizon. Far from the package tour circuit, this is the Jamaican paradise you saw in the brochure before you came.

Dive into the underwater gardens

Jamaica's coast is lined with some magical underwater gardens, featuring sunken wrecks, black coral and rope sponge, hosting a multitude of multi-coloured tropical fish. One of the best is Montego Bay Marine Park, located along the west and north coasts. Montego Bay's waters are protected, and, amidst its caverns and reefs, you can spot nurse sharks, eagle rays, jellyfish, tobacco fish and snapper.

Hundreds of trails connect the villages and settlements in Jamaica's mountainous interior, including several utilitarian paths around Newcastle on the Kingston to Buff Bay Road, where trails lead to Catherine's Peak and Mount Horeb. Cockpit Country, in the northwest, has some fascinating historic routes, but be sure to go with a guided group, as paths are not well sign-posted.

Showcasing relics of Jamaican history, Columbus Park is a commemorative park near Discovery Bay that marks the 1494 landing of Christopher Columbus. Only opened in 2014, the small gardens features historic exhibits such as an old locomotive, aqueduct and a replica of a Taino canoe.

Get smart in Kingston

The reputation of the Jamaican capital may include street crime and edgy shantytowns, but for a real insight into its island life nowhere else will do. Stay smart and you'll enjoy a fascinating and authentic experience encompassing grand historical sights, a beautiful harbour-front, frenetic markets and pulsating nightlife.

Go on a Bob Marley pilgrimage

Jamaica's most famous export is reggae and nobody on the island has done more to popularise this genre of music than Bob Marley. He lived in a modest wooden house at 56 Hope Road in Kingston, which has become something of a shrine to the dreadlocked star. Marley recorded some of his best-loved tracks at this address, which now serves as a museum and pilgrimage site for music fans.

Hike up the Blue Mountains

Follow one of many hiking and climbing trails up the Blue Mountains to heights above 2,100m (7,000ft). The stunning landscape ranges from gently sloping coffee plantations to dwarf cloud forest fringing the peak. Shrouded by mists that give the peaks their bluish tinge, the Blue Mountains are home to more than 200 bird species and 800 species of plants.

Party all night in Montego Bay

Chill out or party hard Jamaican-style in Montego Bay, the island's most buzzing city. Whether you lounge all day on Doctor's Cave Beach or cruise through the gaudy delights of Gloucester, you'll be joining the crowds in Jamaica's biggest mass tourism destination. Once you've sampled its treats you may not make it any further.

A sheer 518m (1,700ft) cliff overhanging Cutlass Bay on the south coast, Lover's Leap was named after two slave lovers, Mizzy and Tunkey, who chose to jump to their deaths rather than be separated. If you get vertigo, stand well away from the edge – the view is terrifying. A statue of the ill-fated couple stands on the cliff-top.

Explore one of Jamaica's largest rivers with a leisurely ride through banana and sugar cane plantations on a bamboo raft originally used to transport the crop down to Port Antonio. Set off along the Rio Grande, from the peaks of the Blue Mountains at Berrydale before winding down through the tropical vegetation to St Margaret's Bay.

Shimmy to Soca at Carnival

Take to the streets to witness Jamaica's riotous fun-filled Bacchanal Carnival, held annually in Kingston. Parading musicians, skimpily dressed dancers and floats typify this world famous street party, which starts in January, building up to the Road March and Parade after Easter. Expect outlandish behaviour to the sounds of Soca, steel bands and beating drums.

Check out a huge labyrinth of limestone caves on Jamaica's north coast, a stunning natural phenomenon characterised by stalactites, stalagmites, overhead crags, tunnels, light holes and a subterranean lake. The Green Grotto was once used as shelter by the Arawak Indians (Tainos), Jamaica's now extinct original inhabitants. You can join a guided tour from nearby Ocho Rios or Montego Bay.

Sun and fun in Negril

You can find Jamaica's finest beaches in Negril on the western coast. This laid-back town is renowned for its gorgeous sunsets and its beautiful Seven Mile Beach (roughly 11km/7 miles) with aqua blue water and white sand. The coral reefs and caves along the coast attract scuba divers and snorkelers, while the brave ones may indulge in extreme sports such as jumping off 12m (40ft) bluffs.

Swim with dolphins and sharks

With its backdrop of tropical rainforest, Dolphin Cove in Ocho Rios is Jamaica's largest natural lagoon, home to numerous bottlenose dolphins. Interacting and swimming with these magical creatures is sure to be one of your most unforgettable experiences in Jamaica. And if that's not enough of a thrill, you can also mingle with sharks and stingrays.

Stroll around the ancient streets of Spanish Town, Jamaica's former capital, on a historical walking tour. Under Spanish rule for over 200 years, it was once a magnificent and impressive metropolis. Some fine stately redbrick homes and grand monuments remain, including a resplendent plaza, Anglican cathedral and the magnificent Old King's House mansion.

If you're fascinated by Jamaica's swashbuckling past, pay a visit to Port Royal, which is located at the mouth of Kingston Harbour. This fishing village was once a centre for rum-swilling privateers, who would spend their ill-gotten gains in the local inns. An earthquake in 1692 destroyed much of Port Royal, alas, but the village is still home to a number of historic buildings, which allow visitors a peek into the past.

Jamaica Tourist Board in the UK

Jamaica Tourist Board in the USA