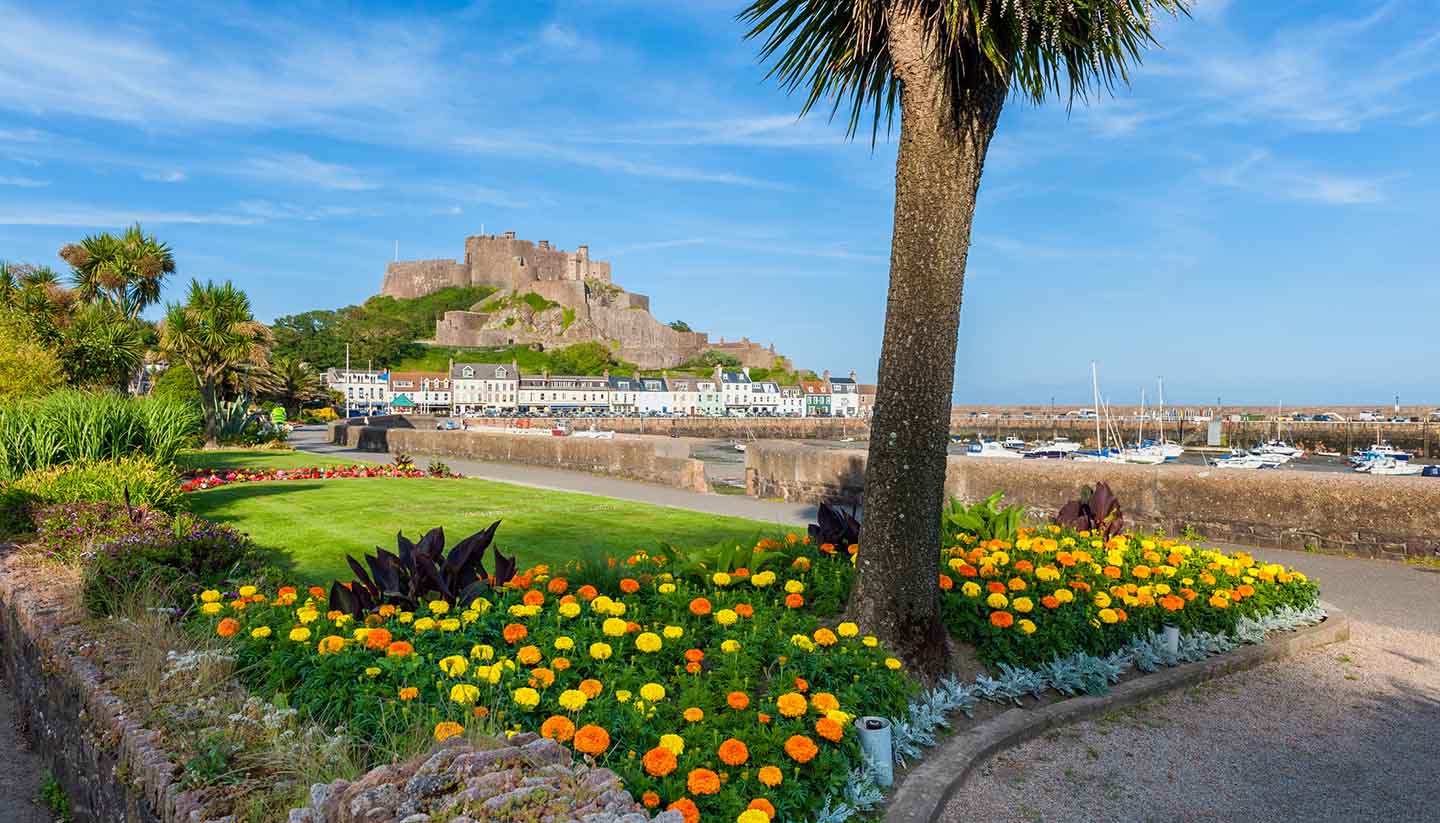 Jersey has been inhabited for thousands of years, as can be seen from the Neolithic tomb at La Houge Bie. Annexed to the Duchy of Normandy during the 10th century when William of Normandy gained the English Crown in 1066, the Channel Islands became part of the Anglo-Norman realm.

As a mark of his gratitude for its loyalty, in 1204 King John granted Jersey the foundations of self-government, which exists to this day. The connection between the island and the English throne is expressed in the flag, which contains a crest surmounted by the Plantagenet Crown.

Like its neighbours, Jersey has been a haven for smugglers and pirates and, although its proximity to France has made it vulnerable to attack, the islanders fought off French invasions on numerous occasions, particularly during the 14th and 15th centuries. One of the most serious threats, led by Baron de Rullecourt, was repelled in 1781.

Its darkest days though were during WWII when the Channel Islands became the only part of the Commonwealth to be occupied by German forces. Jersey has closely guarded its independence since WWII with strict criteria on rights of residency and an on-going reluctance to accept controls over its thriving financial services industry.

A number of online retailers and fulfilment companies continue to operate from the Channel Islands, enjoying lower rates of tax than they would expect in the UK.

Did you know?
• Jersey is one of the world's top offshore financial centres – with its reduced tax burdens many describe it as a tax haven.
• Based on ancient Norman, Jersey's once-dominant Jèrriais language is spoken by a few thousand islanders.
• Jersey is not a part of the United Kingdom or the European Union, but it is a British Crown Dependency, meaning the UK government represents and defends it.

Although the Church of England has a church in every parish in Jersey, a 2015 survey revealed that some 39% of the population considered themselves to be non-religious.

Handshaking is customary when introduced to someone for the first time. Normal social courtesies should be observed when visiting someone's home and a small present such as flowers or chocolates is appreciated. It is polite to wait until everyone has been served before eating.

English is the main language spoken in Jersey. Other languages include Portuguese, Polish and Jèrriais (the Jersey language).