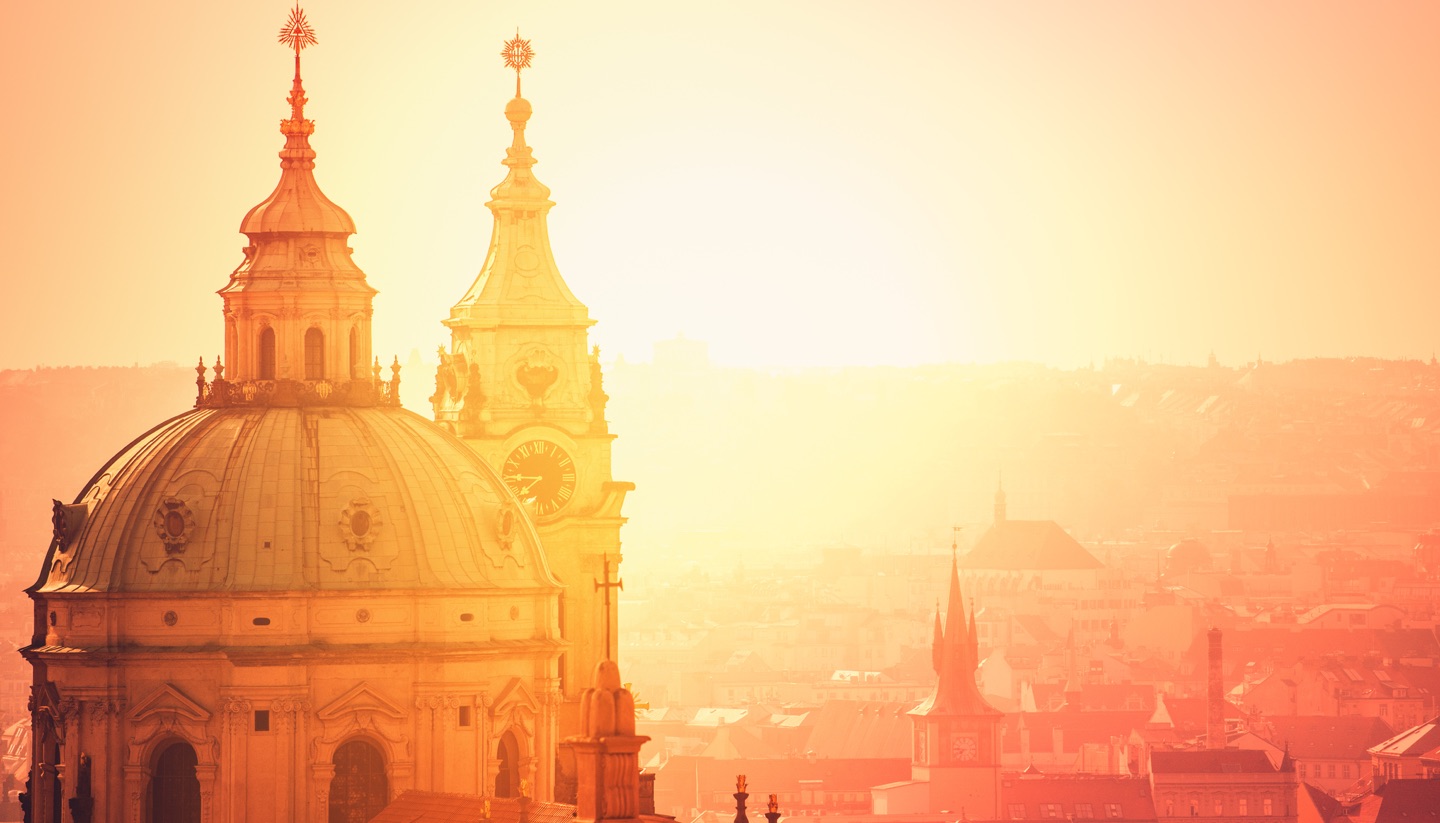 the IDs1514Prague Airport
Places in Prague

Few cities in Europe can rival the old-world beauty and charm of Prague. Yet there is more to this colourful Czech capital then meets the eye, with a layered appeal that goes beyond its cobbled streets and lovely, meandering river.

The bridges, spires and hilltop castles of the city combine to heart-melting effect, particularly if you’re lucky enough to stumble into an unexpected garden within its hidden courtyards. Prague’s flourishing art and dining scene thrive, and its live entertainment is almost as renowned as its graceful and varied architecture.

A smorgasbord of classical sites and exuberant monuments, it goes without saying that the city is no longer a secret. There was a time when Prague’s impeccably preserved Old City seemed to emerge onto travellers’ maps out of nowhere; its medieval lanes and squares untouched by extensive wartime bombing.

These days it’s become a key stop-off on the continental tour, and despite the summer throng, it remains a very special place. If you’re canny enough to visit over winter, when its snow-crusted roofs and icicle-laden churches add to the atmosphere, you’ll find far fewer visitors.

The city’s past makes for a labyrinthine tale of both high living and hard fortune, and its dramatic history informs much of its character. It’s lived through royal upheavals and renaissance movements and spent time under Nazi occupation and Soviet control. For heritage buffs, there’s a huge amount to delve into.

Quintessential sights include the statue-studded Charles Bridge and the immense Prague Castle. Wander historic alleyways in search of secluded chapels, concealed courtyards and traditional Czech pubs selling world-class beers. The appeal of this UNESCO-listed historic centre never ends; with the bonus of a burgeoning array of luxury hotels, contemporary dining, shopping and entertainment.

There are superb galleries, sobering museums and speaker-shaking nightclubs. Food, drink and nights out are all taken seriously here, so those in search of meaningful nightlife will find far more to enjoy than the stag-do clichés.

The Czech capital is a city you can fall in love with. It’s somewhere to feast on delicious and traditional cuisine and sink into a blend of architecture that ranges from Gothic to cubism. It’s a place to enjoy bold, humorous works of art before taking a walk in a riverside park. Prague is somewhere to enjoy at length.

As you’d expect, Prague’s luxurious Four Seasons Hotel enjoys an unbeatable location, perched below Prague Castle and only a stone's throw from Charles Bridge. Everything here is as it should be at a Four Seasons. There are 19 suites, including the sumptuous Presidentia, furnishings are elegant and artwork original, and there’s a 24-hour concierge service, state-of-the-art gym and spa. The hotel also goes out of its way to create a child-friendly environment, with complimentary cots and a babysitting service.

The location of this hotel in Prague is spot on, only a short walk from Námìstí Republiky, the Municipal House and the beginning of the Royal Road. Guests have access to a health club, pool, gym and sauna, as well as local tennis courts and a golf course. The rooms blend state-of-the-art facilities with comfortable furnishings and contemporary styling.

Near to a metro station and a 20-minutes walk to the Old Town Square, this modern hotel offers great value for money with its 214 clean and bright rooms coming in five categories - double, premium king, twin, triple and family, all of which are generously proportioned and come with free Wi-Fi. This is also a comtemporary restaurant and bar.

This light, bright and super-modern hotel in Prague provides the perfect antidote to the heavy gothic architecture that dominates the surrounding city centre. Designed by Eva Jiricna, with a spectacular glass atrium as its focal point, the hotel's 110 luxury rooms all come with equally contemporary facilities, from high-end designer bathroom suites to Wi-Fi access.

Dating from 1772, this fascinating historic building, enviably situated in the Old Town between Charles Bridge and the Old Town Square, was once a Jesuit convent, before serving as offices for the Soviet secret police. This cheap hotel in Prague now provides 73 comfortable rooms ranging from singles to triples. Unlimited buffet breakfasts are served in the former chapel.

Situated between the city centre and the Royal Gardens of Herrenhausen, this small but comfortable hotel has two underground and bus stations nearby and the Exhibition Grounds are 25 minutes away by car or U-Bahn.