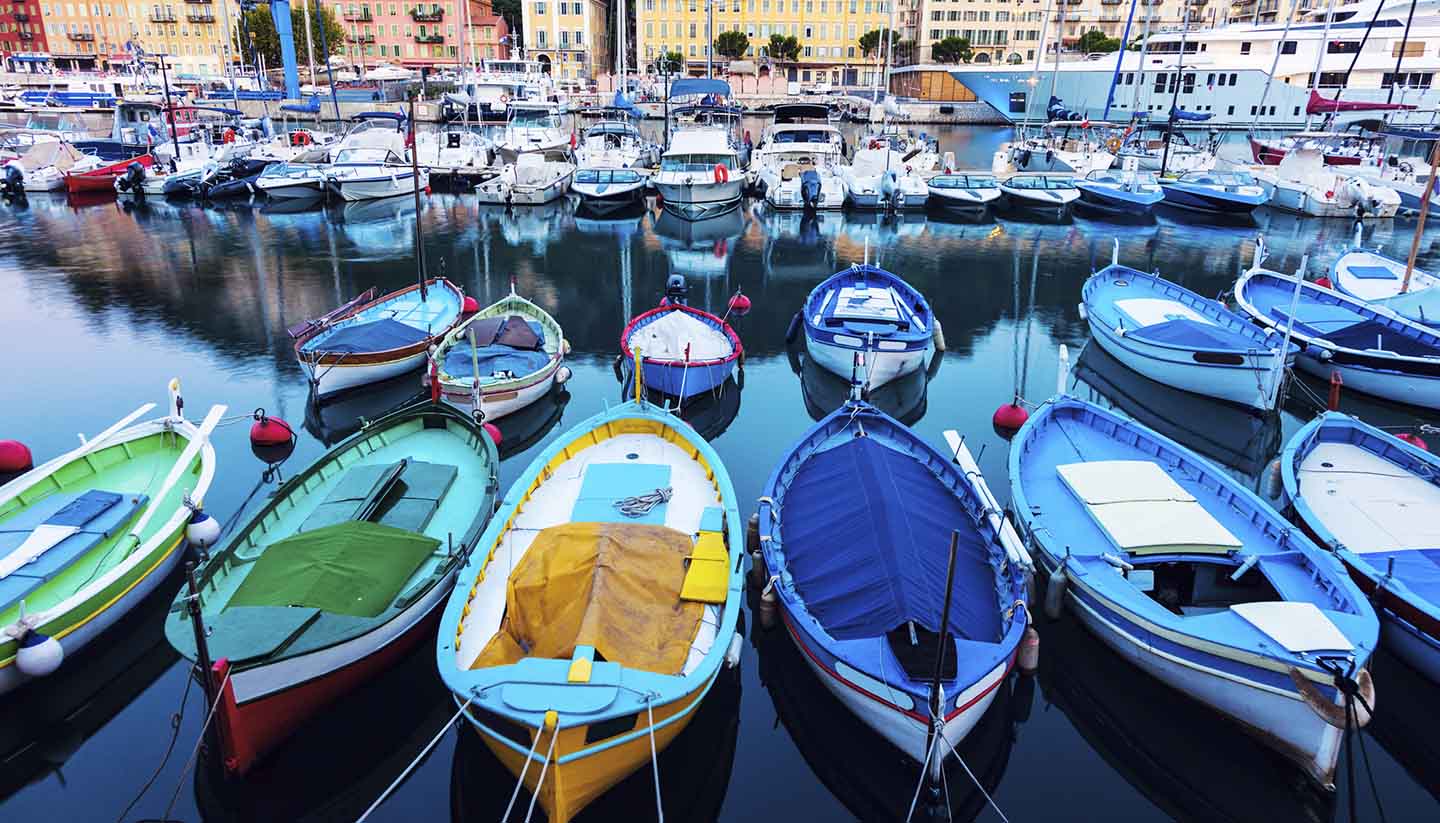 With the Mediterranean lapping at its shores, Nice’s prime position on the Côte d’Azur is its biggest draw for tourists. Don’t expect miles of golden sand – the beach is stony and rugged, though invariably packed with bronzed sunbathers.

Yet there’s still much to recommend beyond sun and sea in France’s fifth biggest city. Nice has museums and galleries aplenty, as well as decadent nightlife and the distinct Niçoise culture to gorge on.

The best way of getting to know the city is by wandering its network of alleys and lanes in the historic Old Town. There, you can shake off the hordes of less adventurous tourists and discover the city’s finer bars and restaurants. Be sure to try socca, a dish like a crepe but made from chickpea flour, and a glass or two of the local rosé. Meanwhile, Le Chateau, or Castle Hill, is a must-see for its lush vegetation, crumbling ruins, and splendid views of the city below.

In the handsome city centre, spend some time in Nice’s largest civic space, Place Masséna, whose redevelopment presaged a drive to refashion the city. Nowadays, traffic-clogged roads have given way to parks, gardens and tram lines. The ugly bus station was demolished to make way for the new Promenade du Paillon, a 1.2km-long (0.75 mile) green corridor connecting the National Theatre to the seaside. The new Allianz Riviera stadium is a similarly stunning feat of ecological architecture, producing more energy than it consumes.

While it might sound like Nice has ditched the Dior bags of yore for gardening gloves, the glamour of the Côte d’Azur is still present and thriving. Millionaires’ yachts jostle for space in the harbour and you’ll find no shortage of prestigious bars, restaurants, and boutiques. Sure, Nice might not have the same exclusivity that its fin-de-siècle high society patrons once sought, but this bustling city has plenty of history, greenery, and class to keep visitors well-entertained.

Although it’s not in the city centre, this homely hotel is close to a tram that leads directly to Place Masséna, making it a great value for your money. Some of the traditionally furnished rooms have balconies with views across the rooftops, and breakfast is served in a charming tree-shaded courtyard.

Less than a minute away from the Promenade des Anglais, and within staggering distance of the nearby bars, Hotel Meurice offers comfortable and convenient accommodation at a reasonable price. The service is excellent—the staff goes out of their way to please guests—and while rooms are a little small, they’re finished beautifully.

You’re as far from chain-hotel uniformity as you can get in this boutique townhouse: inside, local artists have turned each room into a work of art. To top it off, there’s an adorable garden with a pool – a godsend when the beach gets busy at the height of summer.