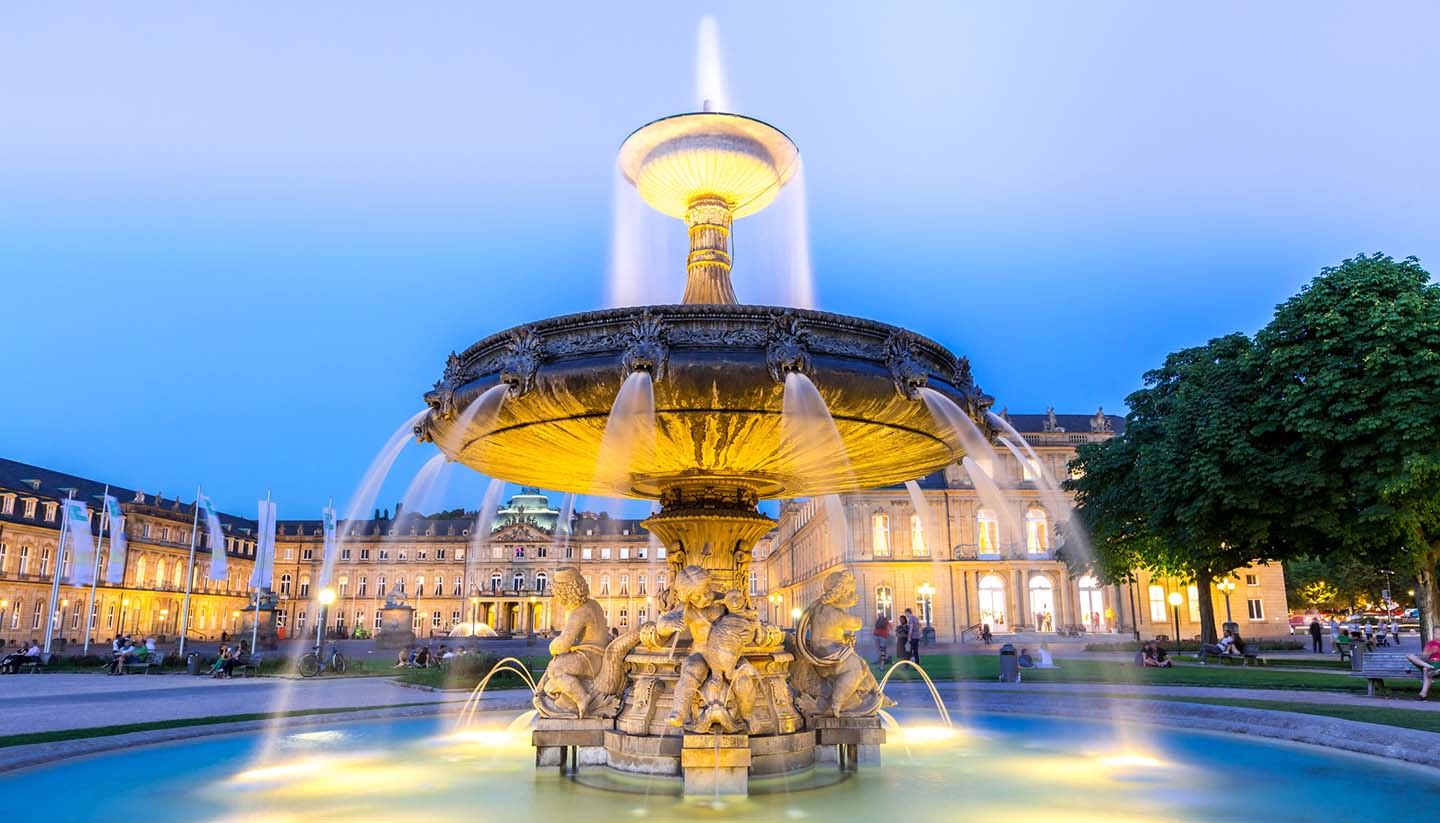 Airlines offering direct flights to Stuttgart from London include British Airways, easyJet and Eurowings. If travelling from the USA, you need to connect in another European city such as London, Brussels, Berlin or Zurich. Ticket prices tend to be fairly steady, though a little cheaper in winter.

Stuttgart is proud of its longstanding connections with the automotive industry and the high-performance vehicles which are designed and built in the city. Therefore, it won’t come as a surprise to learn that the city’s roads are good and well maintained.

In common with most other European countries, German traffic drives on the right. Drivers must be at least 18 years of age. Third-party insurance is a compulsory minimum. Winter tyres must be fitted, also on foreign vehicles, if driving during winter conditions.

A speed limit of 50kmph (31 mph) is the general rule in urban areas; exceptions are signposted. Signs stating Umwelt mean Stuttgart is a Low Emissions Zone (LEZ) and you should check your vehicle complies with exhaust emissions guidelines. The city’s guidelines are even stricter than other cities in Baden-Wuerttemberg. Compliance stickers may need to be purchased. Non-compliance, even for foreign cars, means a fine.

In terms of Europe’s geography, Stuttgart occupies a central position and has good road connections. The A8 and A81 Autobahns (motorways) serve the city, providing fast links with other major cities and with Stuttgart Airport (A8). There is also a network of good, very drivable highways. Frankfurt is 213km (132 miles) to the north, Munich lies 220km (137 miles) to the southeast, Berlin is 625km (388 miles) to the northeast and Hamburg is 698km (434 miles) north.

Eurolines (tel: +49 6196 207 8501; www.eurolines.de) operates scheduled intercity and international coach services to and from Stuttgart. The Stuttgart Airport Bus Terminal (SAB) (stuttgart-airport-busterminal.com/de) is located between Flughafenstraße and Terminal 4 of Stuttgart Airport. It is at ground level underneath parking garage P14.

Deutsche Bahn's excellent rail services link Stuttgart with the rest of Germany and beyond. Intercity and ICE services connect with the international network, while a high-speed TGV service links the city directly to Paris in less than four hours.

Stuttgart Hauptbahnhof (central station) is in the city centre and the main terminal for services to and from the city. Major restructuring is underway as part of the long-term Stuttgart 21 development project. The Filderbahnhof Stuttgart is expected open on the site of Stuttgart Airport in 2021. This new long distance railway station will be merged with the airport's existing suburban railway station.

Deutsche Bahn (tel: +49 180 699 6633; www.bahn.de) operates a comprehensive range of high-speed (ICE), intercity (IC), regional (RB) and local services to and from Stuttgart Hauptbahnhof. You can book tickets online and at the station’s ticket hall. Advance internet bookings, made between three days and three months ahead of travelling, attract a 25% saving on the full ticket price.