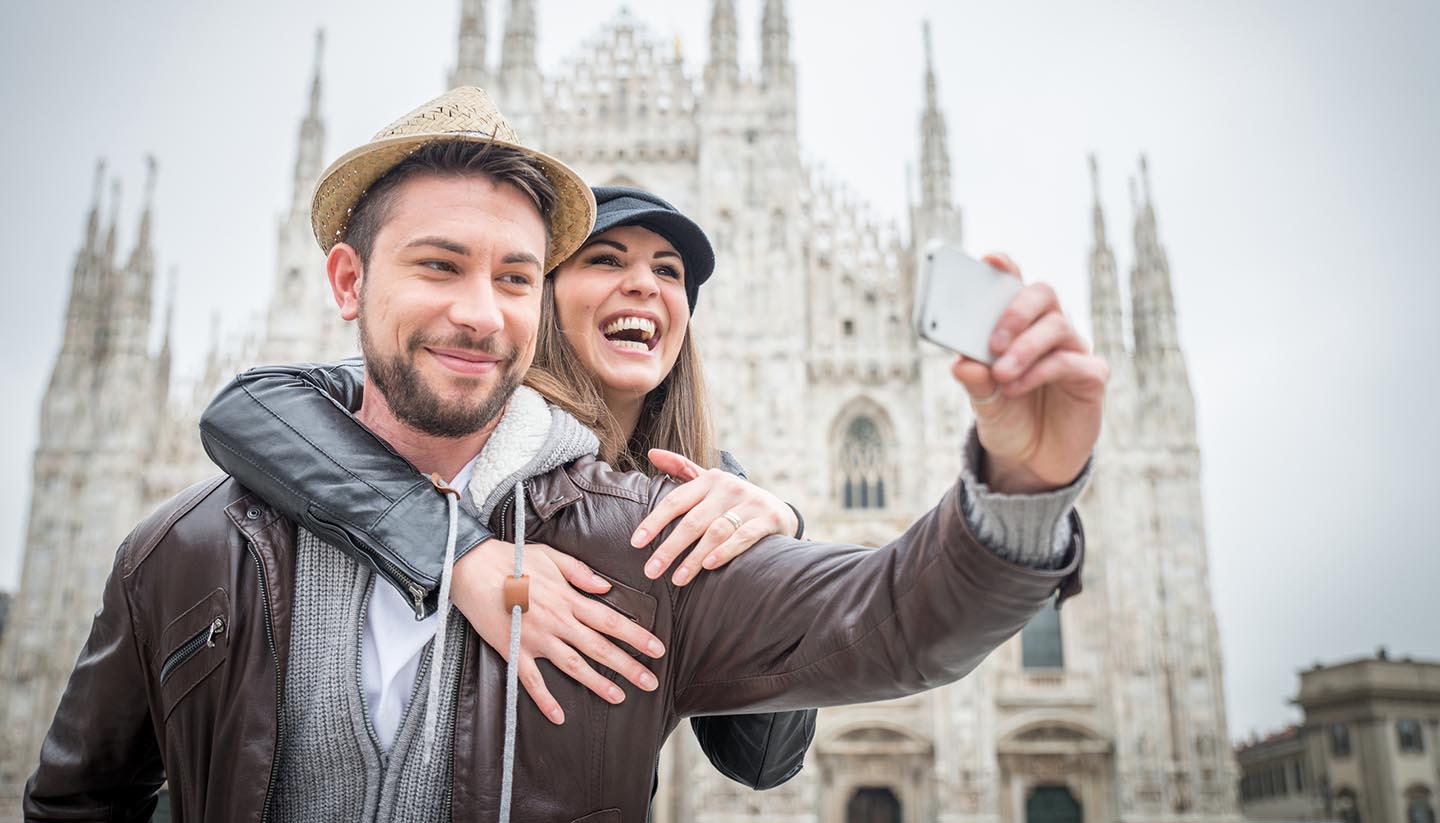 With massive urban sprawl and a reputation for being the cold Lombard capital, Milan doesn’t feel like a quintessentially Italian metropolis, but with settlers from all over the country making their home here, visitors will find all of Italy in one city.

Known as a centre of fashion, finance and football, Milan is indisputably the country’s most stylish city. Trendy bars and boutiques rub shoulders in the back streets, while on the busy thoroughfares mighty towers signal the city’s superior economic clout. Milan is also the home of two big football clubs, A.C. Milan and Inter Milan, who share the historic San Siro stadium.

As the epicentre of Italian fashion and interior design, there is certainly a buzz about the city. International fashionistas, designers, supermodels and paparazzi descend upon Milan twice a year for its spring and autumn fairs. Many high-end designers still use the city’s trusted producers and it remains one of the best places in the world to shop.

Despite the air of modern flair, there is a rich history here too. Cut through the modern metropolitan bustle, and you will stumble across countless impressive churches and palaces. Start with the breath-taking Duomo di Milano in the city centre, a colossal Gothic cathedral, one of the largest in the world. Then there’s the Santa Maria delle Grazie church, which houses Da Vinci’s restored Last Supper painting, and survived bombing raids in WWII.

There is plenty to see near the Duomo too, including the city’s fabled opera house, La Scala, and Sforza Castle, a grand medieval fortress. Nearby is Galleria Vittorio Emanuele II, an ancient and glamorous arcaded shopping gallery.

Not all of Milan’s aesthetic appeal lies in the historic centre. The pretty Navigli area in the south has become popular for its many bars and restaurants, as has the chic Brera district and lively university quarter.

Meanwhile, former industrial areas are undergoing urban renewal schemes, such as the old Fiera area, which includes new apartments, a park, a contemporary art museum and a trio of futuristic skyscrapers. It’s bold reinvention like this which reminds us that Milan is truly Italy’s most dynamic city.

David Beckham, Ben Affleck and Sophia Loren are among the celebrities to have graced this top-notch luxury hotel. With all the hustle and bustle of a large hotel, but the attentive service of a boutique, the swimming pool, spa and impressive bar make Principe Di Savoia one of Milan’s more fashionable stays.

If you want to spend the night as a supermodel might, then these huge stylish suites in a converted perfume factory are just the ticket. Located in the fashionable Forcella district, which is awash with designers in fashion week, this suite-only hotel has every mod con.

Just a stone's throw from the Duomo, this is Europe's first 7-star hotel. It offers guests an in-room coiffeur and spa service, free Wi-Fi, and a fully stocked minibar that is refurbished daily. They offer a choice of contemporary suites overlook the Galleria. Exclusive and opulent, it gives guests serious bragging rights.

Located near the calm of Parco Sempione, this simply furnished, art nouveau hotel is a good budget option. The rooms are clean, while staff are friendly and helpful. It is also outside the congestion charge zone, so a good choice if driving. We suggest asking for a room with a balcony for a fantastic view.

Built for the Milan Expo in 2015, this sparkling 4-star stay has much more to offer than its superb location near Central and Porta Garibaldi stations. Sleek sleeping quarters make the most of muted colours and Murano glass, while its rooftop bar, world-class wellness centre and sublime spa are further reasons not to leave.

If you're prepared to sacrifice location for affordability, without cutting corners on style, then opt for this design hotel in Via Tortona. The rooms are minimalist, slightly retro and futuristic, almost stark. Although it may not appear comfortable, it’s certainly a place you'll enjoy talking about.