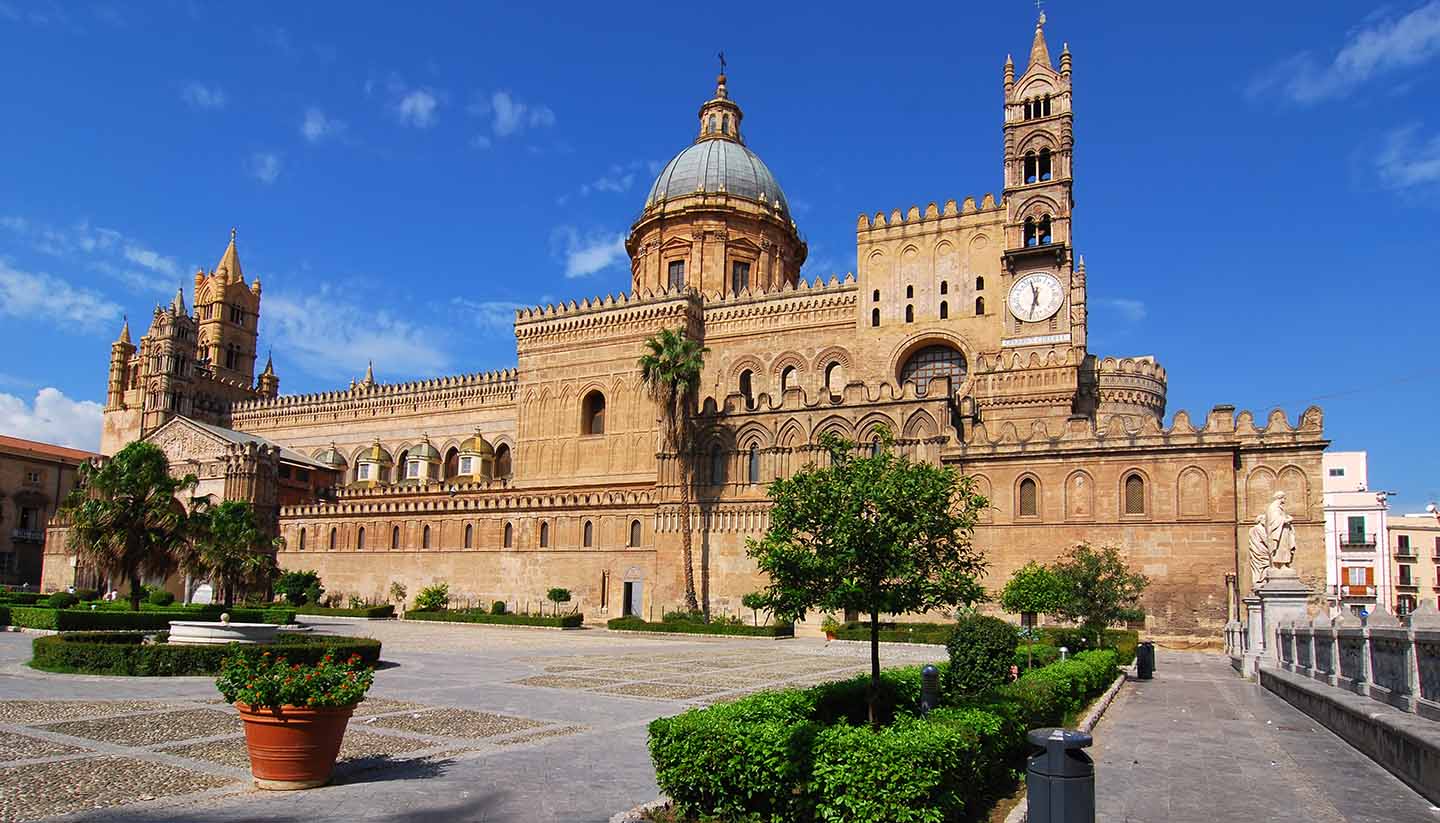 Invaded by Arabs, Normans and Byzantines, Palermo is a thrilling jumble of architectural styles – a city that seems to alter with every turn. Arab domes merge into Norman cathedrals while 19th-century theatres square up to imposing baroque churches. This is a city blessed with a rich past, but full of the bustle of the modern age, not to mention a terrific nightlife in glorious, crumbling piazzas.

Strolling the Sicilian capital, there’s treasure to be found on every street. Don’t miss the sumptuous Palazzo dei Normanni (Palace of the Normans), glittering with mosaics. In La Kalsa, the old medieval quarter, washing is still strung between the narrow streets. Elsewhere, elegant residential districts with palm trees and palatial villas can be found, and although motorcycles plague its busy streets, Palermo's noisy, chaotic atmosphere is part of its charm.

Aside from the quaint churches, grisly catacombs and lively markets, both beaches and hilly countryside are within easy reach of Palermo. Stunning architecture can be found in the little satellite towns of Monreale and Cefalù, both with their own Byzantine mosaics and churches. The island of Sicily is not huge, so it’s easy to make longer trips using Palermo as a base. It takes less than four hours to cross its length, from west to east.

Palermo’s rich multicultural past is evident in its gastronomy. Arab-influenced dishes include the zesty lemon granita drink, crumbly almond pastries and spicy fish couscous. Try panelle (fritters made from chickpea flour) or calzoni (deep-fried dough pockets with savoury fillings) at street stalls all over the city. Gastronomic adventurers may be tempted by the local delicacy known as babalucci – baby snails marinated in parsley, olive oil and garlic.

As has been dramatised in Hollywood and elsewhere, Sicily was long in the grip of the Mafia (Cosa Nostra). Although the city is full of beautiful monuments, many historic buildings were destroyed in the post-war years due to unregulated construction. Today, there are still problems with corruption and organised crime, but Palermo’s sun-drenched streets, glorious ruins and natural splendours are now the symbols of the city, not the mob.