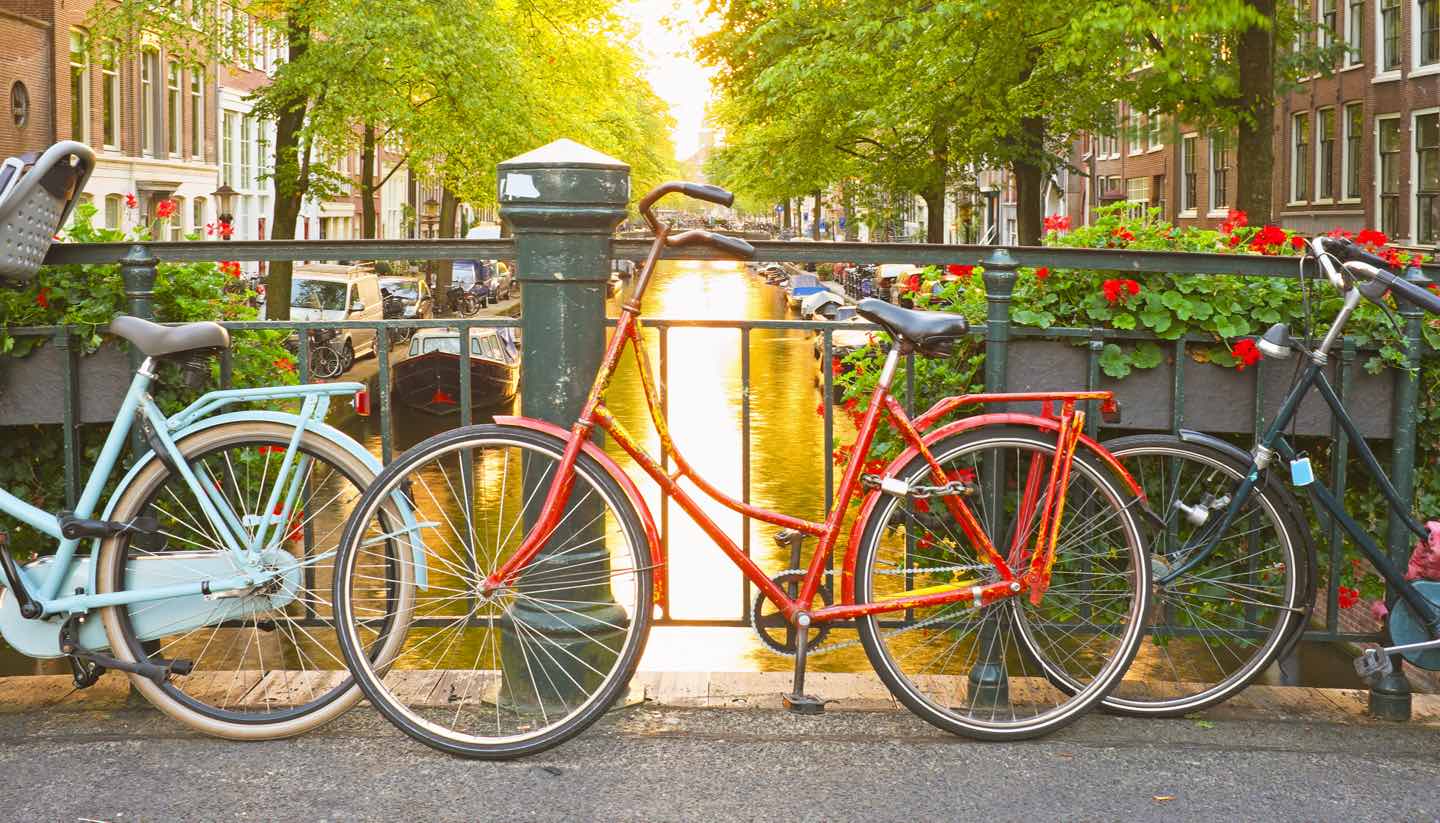 Far more than the illicit playground it's often made out to be, Amsterdam has an atmosphere all of its own, through an amalgam of canals, vintage bicycles, idyllic parks and scintillating galleries.

As much a legacy of the city's illustrious past as the canals is Amsterdam’s legendary cosmopolitanism. With a population comprised of 175 nationalities, the city remains a global crossroads and an ever-vibrant centre of art, music and culture.

Aside from such monoliths of art as the Rijks and Van Gogh museums, there are myriad less-visited spaces on quirkier themes such as the Tulip Museum, the Player Piano Museum and the recently opened Museum Of Handbags and Purses.

The festival line-up is equally varied; devoted to everything from fringe theatre to minimal music to tattoos. Revelry peaks on King’s Day (formerly Queen’s Day), a birthday party for King Willem Alexander, when the capital is clad in patriotic orange and the canals brim with party boats.

But the city’s true charms are decidedly lower-key. Stop into a 'brown café' on a chilly evening and experience that unique blend of conviviality and cosiness the Dutch call gezelligheid.

When the sun finally emerges, Amsterdammers spill out onto café terraces or set up barbecues in the city’s numerous parks. While cars customarily blight the cityscapes of other capitals, a constant flow of bicycles only enhances Amsterdam’s beauty.

Much of the city’s appeal resides in its compactness; some see Amsterdam as a big village. Most visitors limit their explorations to the historic core and adjacent museum district, but it’s easy to go farther afield.

Just east of Central Station, the old Eastern Docklands zone stands as a stunning example of innovative architectural reuse. Further east is the green district of De Plantage with its botanical gardens and stately boulevards.

Yes, the illicit thrills are there too for those who want them, but Amsterdammers themselves take it all in their stride.

The Hoxton flung its decorative doors open in 2015, shaking up the city’s mid-range hotel scene in the process. Occupying a former mayoral residence on Herengracht, the hip and handsome Hoxton is an establishment of effortless cool. Rooms retain a 17th century charm (embroidered rugs, paneled walls, wooden floors, etc.), but with mod cons (digital radios, power showers and the like). There’s a fine bar and restaurant downstairs and checkout is a hangover-friendly 1200.

When Amsterdam’s shipbuilding industry went to the wall, the Noord district became a ghost of past glories. Happily, the area is in the process of regeneration, which ClinkNOORD is helping pioneer. The hostel opened to much fanfare in 2015, taking over a former Royal Dutch Shell testing lab. Rooms are a bit bland, but the hostel is good value, affable and only a short (and free) ferry ride from Central Station.

About the finest budget option available, the Prinsenhof is a homey establishment in an 18th-century canal house. Overlooking a picture-postcard section of the Prinsengracht, it stands in the pleasant southern canal belt, a quick bike ride from the nightlife centre of Rembrandtplein. Simply furnished with painted ceiling beams, the 11 guest rooms are quite cosy, though only nine are equipped with bathrooms. At these prices, they're booked far in advance.

Located in the western canal belt this small boutique hotel is the epitome of style and sophistication. It's housed in a former 17th-century theatre which in its heyday staged concerts conducted by Antonio Vivaldi. Today the minimalist east-meets-west designer décor of the 40 individually designed guest rooms combined with an intimate courtyard garden spectacular canal views efficient staff and an excellent restaurant ensures a luxurious stay.

Standing majestically on the banks of the River Amstel, this grand old dame is still the address in town for lavish Old World luxury. From the 19th-century paintings adorning the public areas to the plush appointed guest rooms, this modern hotel maintains an old-fashioned charm. Hotel de l'Europe features the restaurant Bord'Eau which was awarded two Michelin stars, two bars, a brasserie, a café, meeting rooms and a spa.